All eyes may be on ONE Welterweight World Champion Ben Askren, and his upcoming title defense against Zebaztian “The Bandit” Kadestam at ONE CHAMPIONSHIP: SHANGHAI on Saturday, 2 September, but there are several Chinese athletes planning to steal some of the spotlight.

The following athletes will be making their promotional debut, and could follow in the footsteps of the likes of “Rock Man” Chen Lei and other like-minded prospects starting to emerge as top global talents.

As ONE’s first Shanghai event prepares to dawn on the world, we take a look at these up-and-comers hoping to become China’s next major martial arts heroes. “The Wolf Of The Grasslands” Hexigetu (4-2) may be a new face to the fans of ONE Championship, but he has the most experience of anyone on this list. The 32-year-old China Top Team product made his professional debut in 2014, and has since racked up a respectable record, with three of his four victories coming by way of submission.

Originally from Horqin, Inner Mongolia, Hexigetu was exposed to Mongolian wrestling during his childhood. He built upon that eight years ago by incorporating sanda into his arsenal, eventually becoming an Inner Mongolia Sanda Champion, and later rounded out his skill set with Brazilian jiu-jitsu.

Now, he brings a complete skill set to the cage. On 2 September, Hexigetu will throw down against ONE Changsha Bantamweight Tournament Champion “The Southern Eagle” Ma Hao Bin in a flyweight showdown. 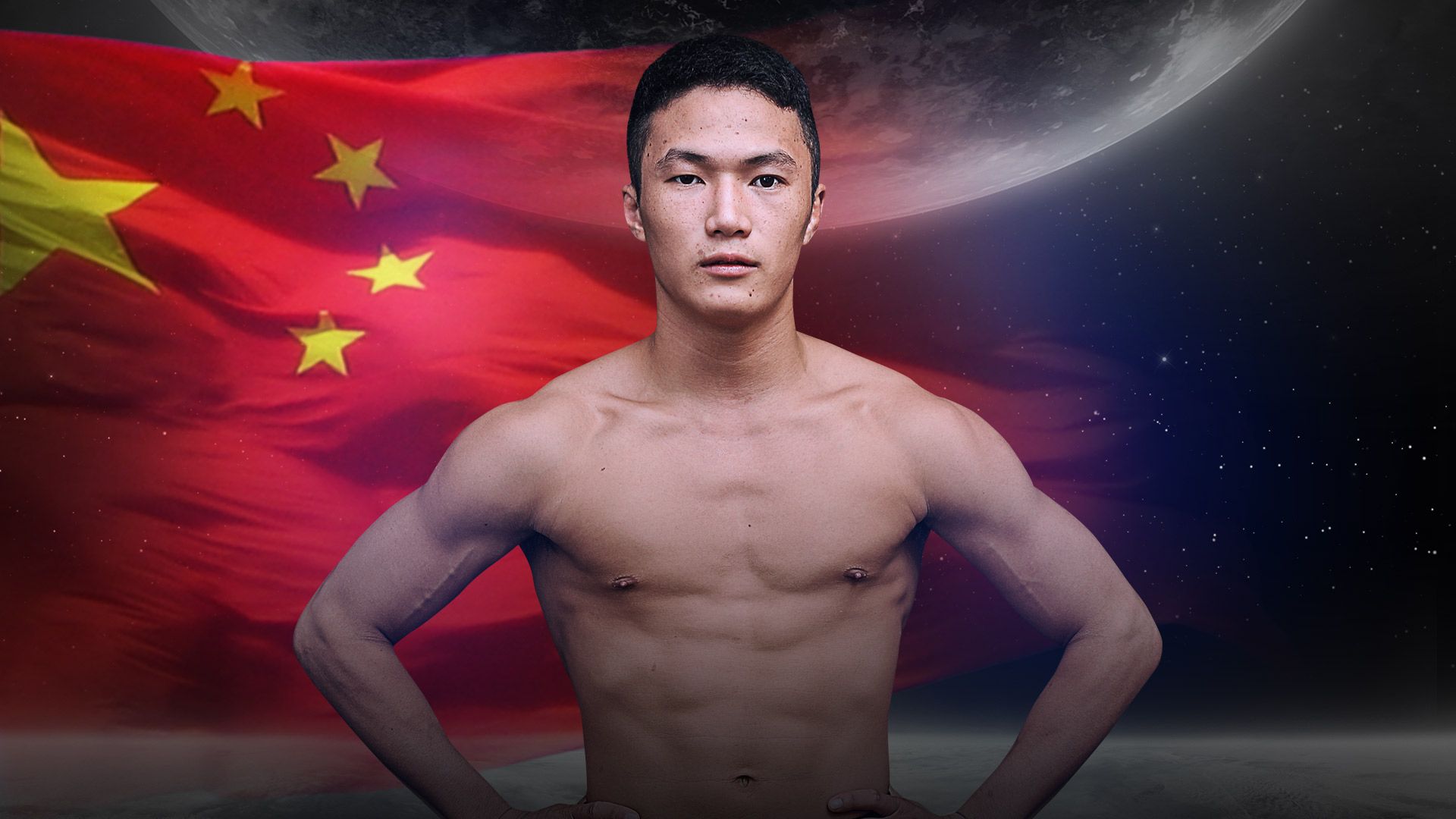 The son of a lifelong martial artist, Peng Xue Wen (2-1) was raised in the southern province of Guang Dong, where he often participated in football and kung fu competitions. But he discovered his martial arts talent soon thereafter on the wrestling mats, as he became a National Youth Wrestling Champion, and when he got older, a National Greco-Roman Wrestling Champion.

Peng, who graduated from the Wuhan Sports University in 2016, started transitioning to the cage at Nan Yan Fight Club, and has some quality experience under his belt. Now, the 21-year-old is preparing to make his promotional debut against “The Sweeping Monk” Chen Geng Min (3-0) in a strawweight affair.

Although he acknowledges how difficult training could be, he gets satisfaction in cultivating his talent. “Every time I was undergoing harsh training, part of me wanted to give up,” he admits. “But I always persevered through. It is the best thing in the world to see your progress with each passing day.” 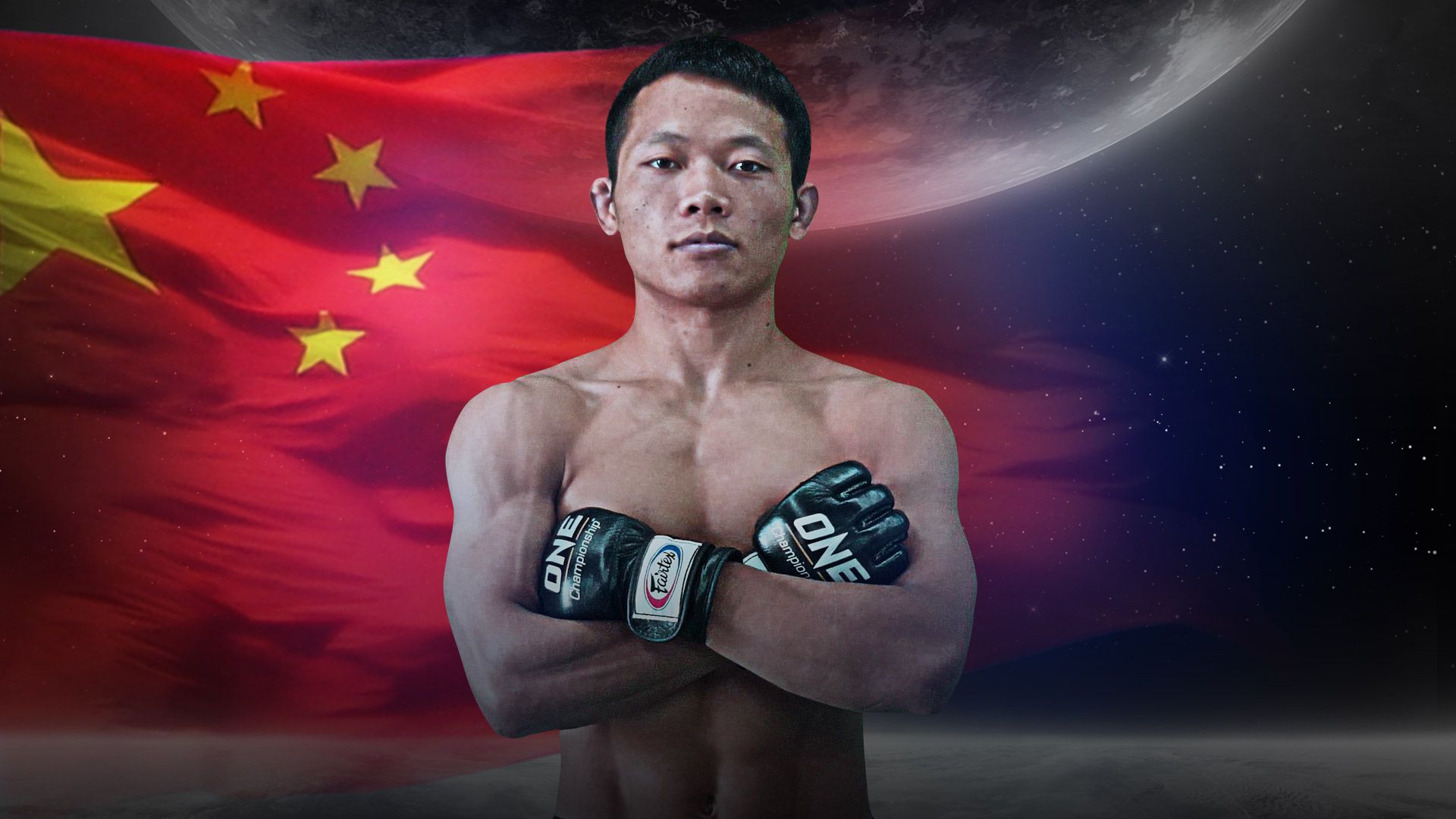 Undefeated strawweight prospect “The Sweeping Monk” Chen Geng Min (3-0) is cleaning up the competition. He grew up in the rural Yunnan province with his little brother, and although he was overweight during his childhood, he grew out of that via martial arts.

The 26-year-old learned Muay Thai while attending school, and after graduating from Tibet University with an economics degree in 2014, he studied Brazilian jiu-jitsu. Chen current holds a blue belt and has won a couple of BJJ tournaments, including the GCJJF Championship.

In 2016, he made the switch to professional competition, and now the unbeaten Chen makes his promotional debut on 2 September. He faces his toughest opponent yet in the aforementioned Pen Xue Wen. “I am very excited to compete on the stage of ONE Championship,” he says. “It is a crucial step in my career and my life, and I will seize the opportunity.” 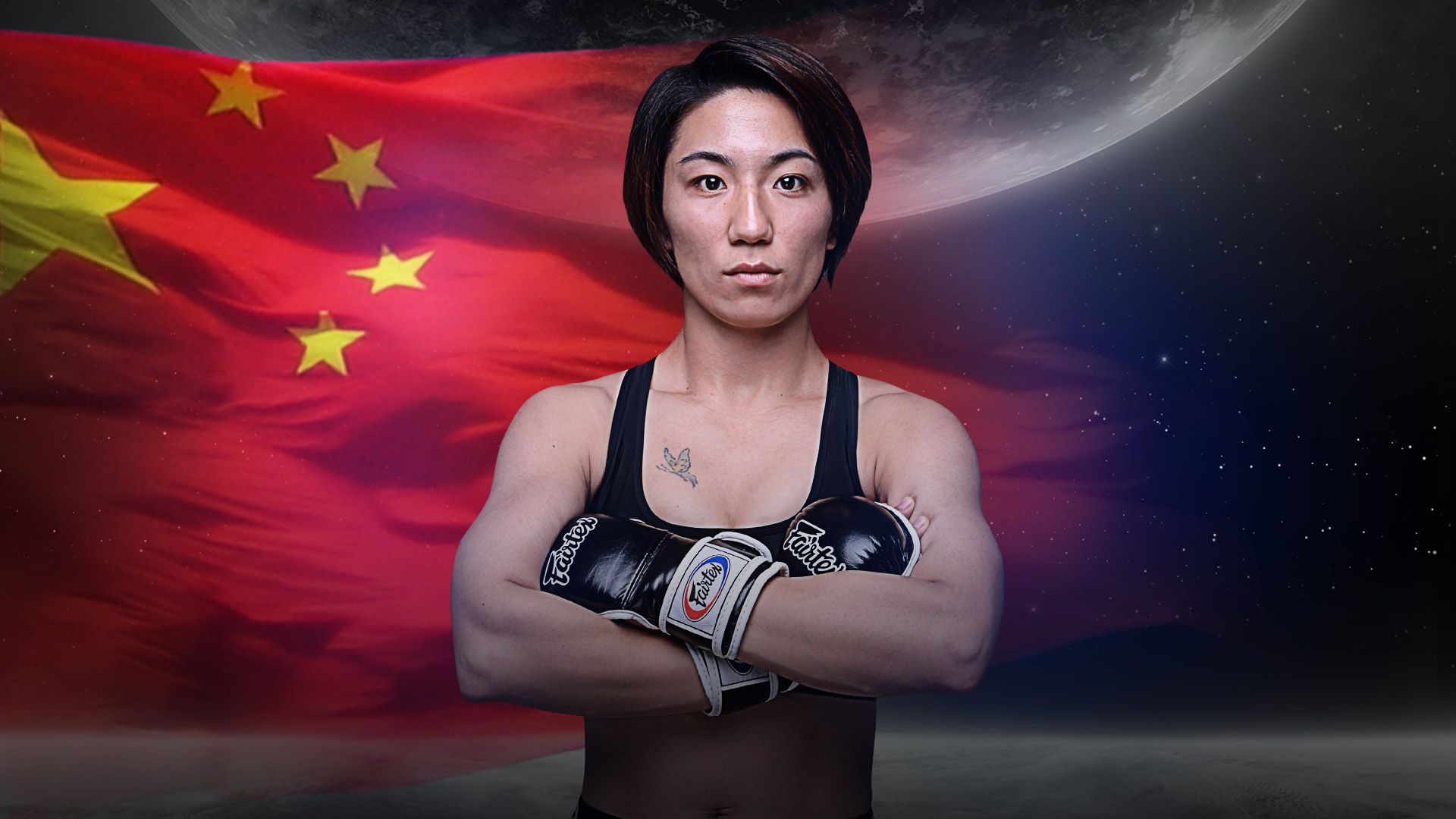 Miao Jie (2-1) may be called “supermom” because she will do anything for her loving son, but she has some legitimate martial arts skills befitting of a hero. The 30-year-old Shanghai native has practiced judo ever since the fourth grade, is a National Youth Women’s Wrestling Champion, and this past summer, placed third at the IBJJF World Championships.

Miao, who trains at TB Fight Club, will make her promotional debut against Egyptian Top Team’s Mona Samir (1-3). The strawweight hopes to defeat the Cairo-based wrestler, extend her record, and inspire a new generation of female competitors in China.

“Hard work pays off,” she offers. “Everyone is different, but I would count myself lucky if I can set an example for the young, and give them a new life goal.” 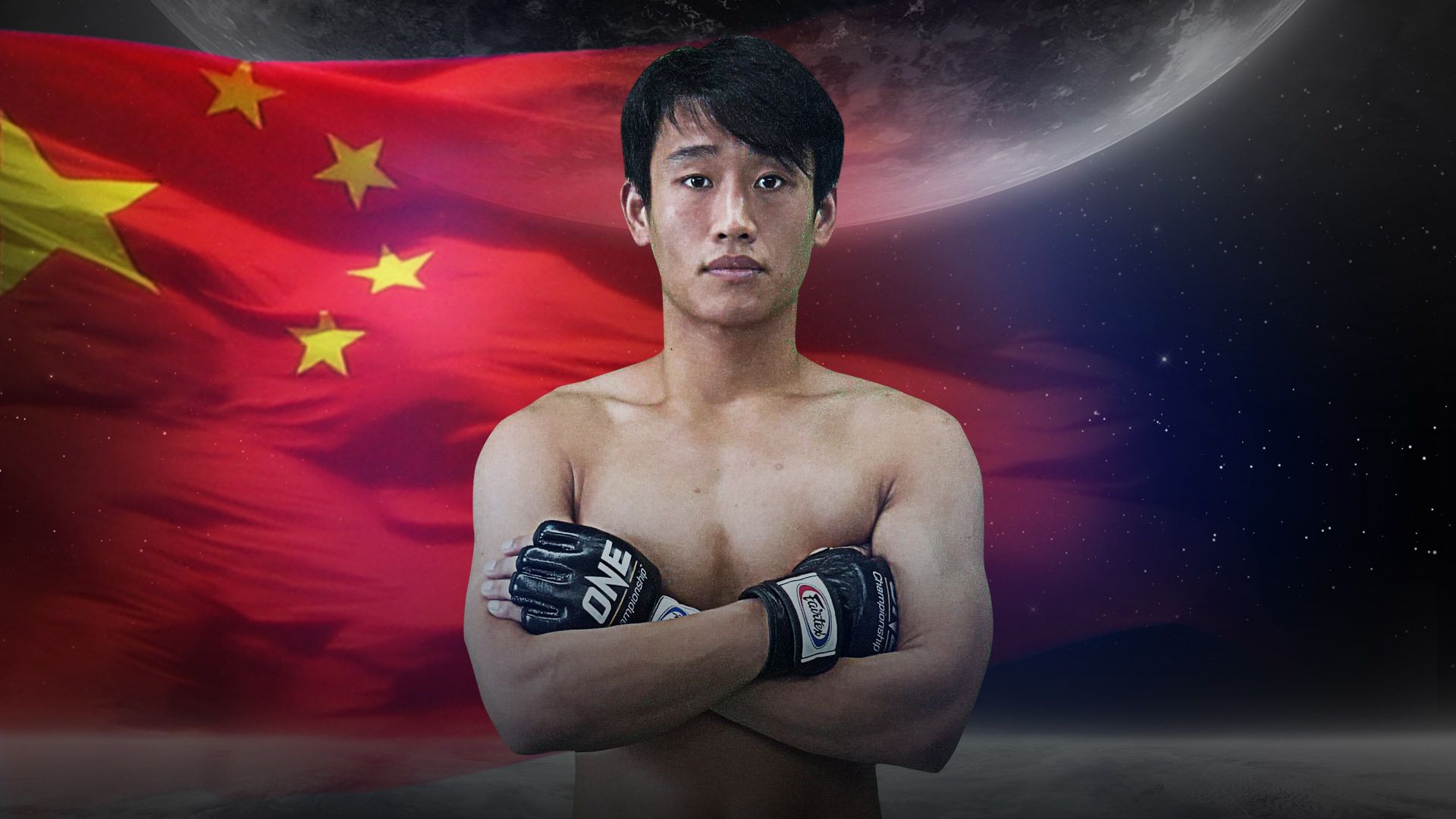 Chinese lightweight prospect “The Ghost” Zhang Ze Hao (2-2) was initially drawn to martial arts for self-defense purposes. The 24-year-old Jiaozuo native learned taekwondo in junior high school, as a means to protect himself from bullies, and inevitably gained confidence along the way. Also, that is when he had his eyes set on professional competition, which paved the way for boxing.

Since then, he has rounded out his skill set at Shanghai AMA, and will make his promotional debut opposite Li Cheng Chao. Despite being “quite nervous” for his first big match under the bright lights, he is confident of getting a first-round TKO.

While his martial arts journey did not begin until he was a teenager, he quickly made it to ONE Championship through hard work and perseverance. That, within itself, is inspiring. “It is never too late to start,” he says. “Talent is quite important in martial arts. With talent, one can grow faster and better.” 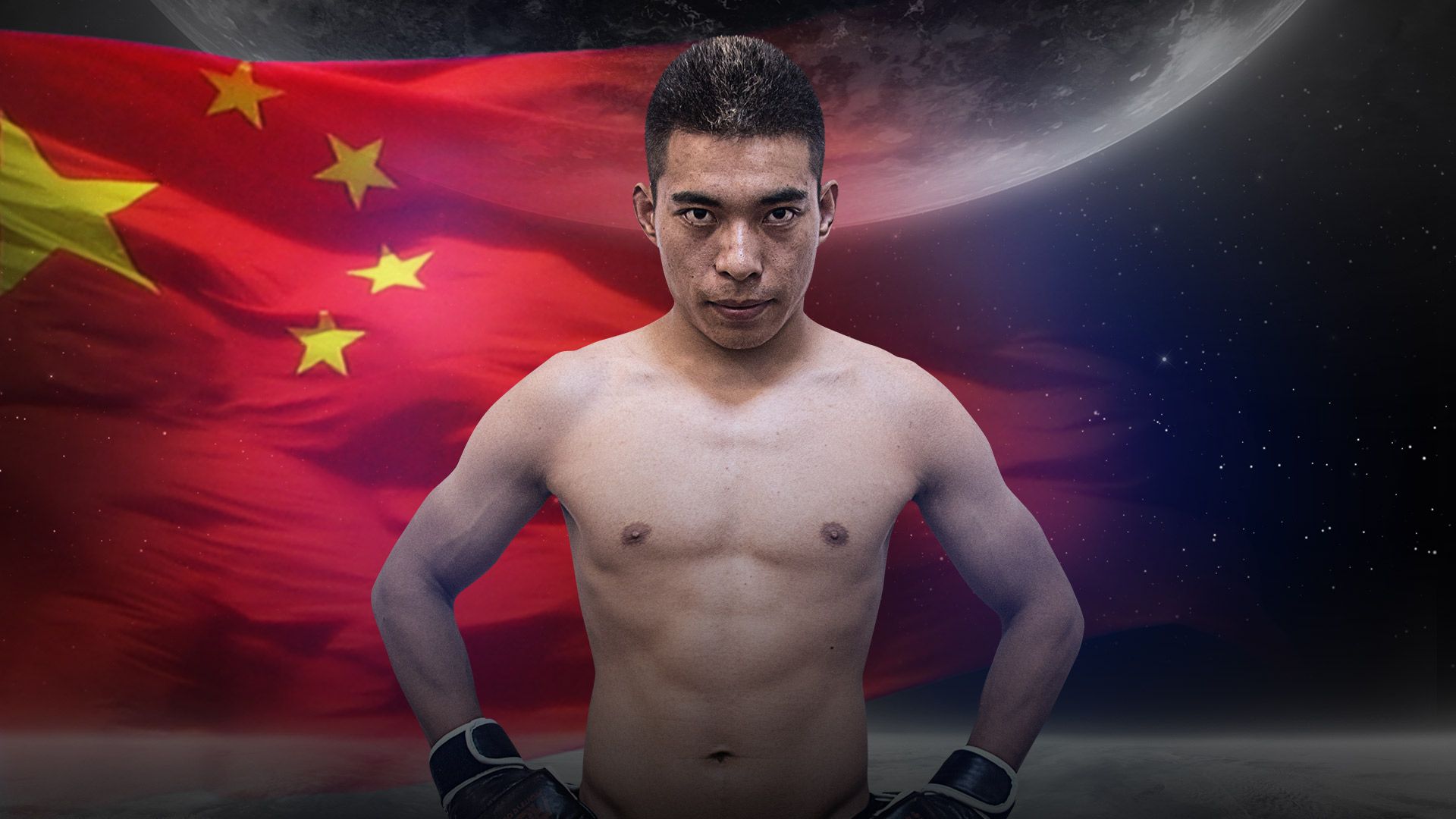 Li Cheng Chao (2-2) may have been the self-proclaimed “naughty child” in his family of five, but the 24-year-old lightweight started getting his act together in 2005. He was sent to a boarding school where he learned sanda, and although he previously studied kung fu, he felt more in sync with the kickboxing discipline. In fact, he felt like it made him stronger and more confident.

Eleven years later, he started expanding on his skills at Shanghai’s Dragon Warrior Club before making his professional debut. Now at 2-2, he draws “The Ghost” Zhang Ze Hao on 2 September, but he already won his biggest battle a decade ago.

“I suffered from a serious disease in 2007,” he begins. “I was barely able to eat or walk. With the money my parents gave me, I took a bus to the hospital. I told myself this was not a big deal and I could get through it. Now, when I think of myself at that time, it was what made me so strong and tough.” 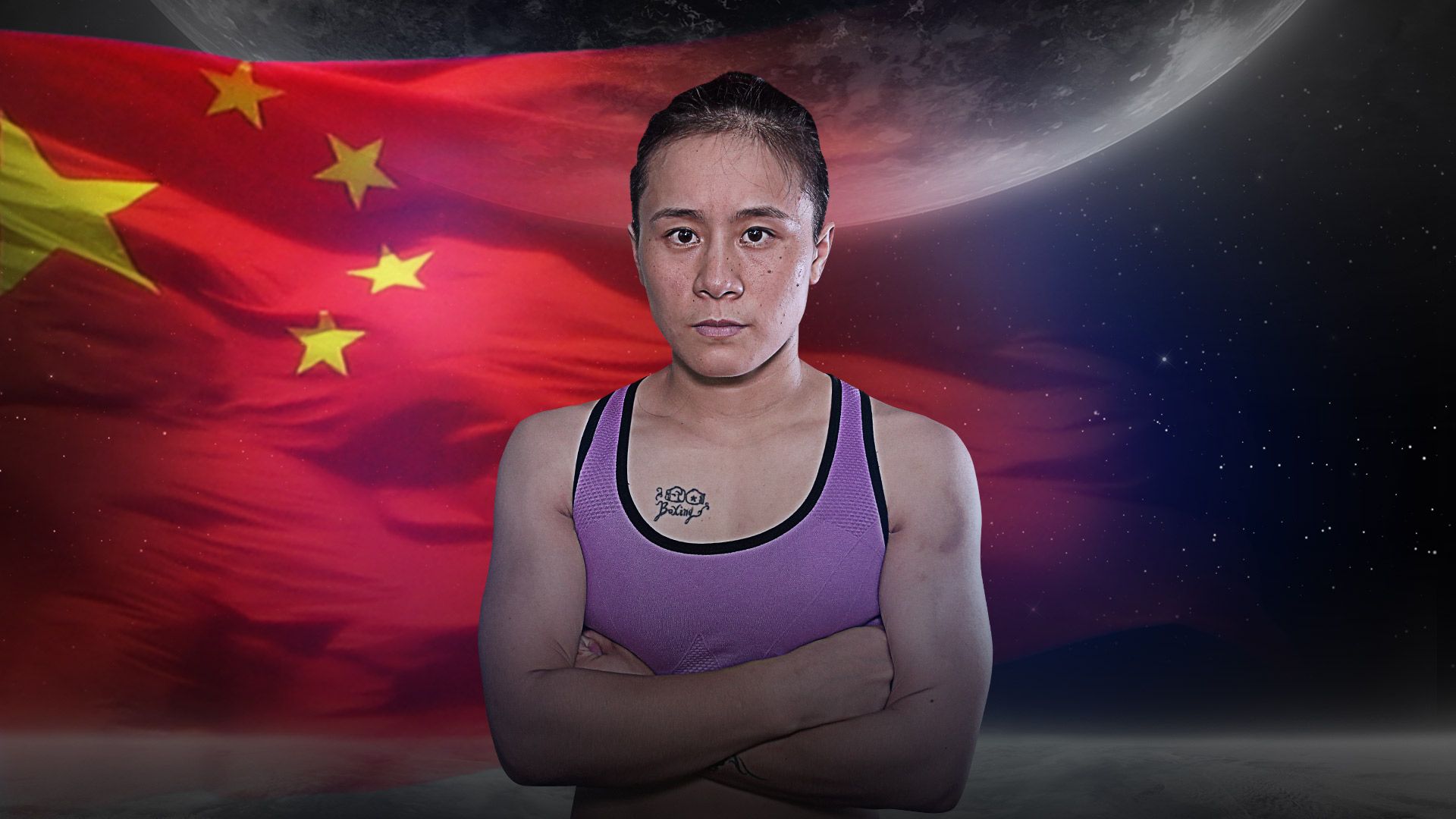 The daughter of mushroom farmers, “Zhang Huan” Xu Chun Yan (1-0) attended a sports institution where she intently practiced boxing. In 2012, when she began coaching in the “sweet science,” she watched professional cage competitions on TV, and was thoroughly intrigued. That led her to trying Brazilian jiu-jitsu and Muay Thai, and the rest is history.

Now, fresh out of the Beijing Sports University with a degree in sports training, the 27-year-old strawweight is entirely focused on her athletic career, and will take it to the next level on 2 September. For her promotional debut, she draws a kun khmer specialist in Cambodia Top Team’s Eh Yah Nut, and plans for nothing short of victory.

“I am going to win. This is my expected result,” she says confidently, without batting an eye. “How will this match play out? It depends on how I control her in the cage.”