The struggles Angelie “D Explorer” Sabanal has had to go through in her life make her an unlikely candidate to be a ONE Championship star.

However, the Filipino hero has shown that through courage, resilience, and a tireless work ethic that anything is possible.

Ahead of her third match in The Home Of Martial Arts against Itsuki “Strong Heart Fighter” Hirata at ONE: LEGENDARY QUEST this Saturday, 15 June, discover how the 29-year-old has defied the odds to represent her country on the global stage. 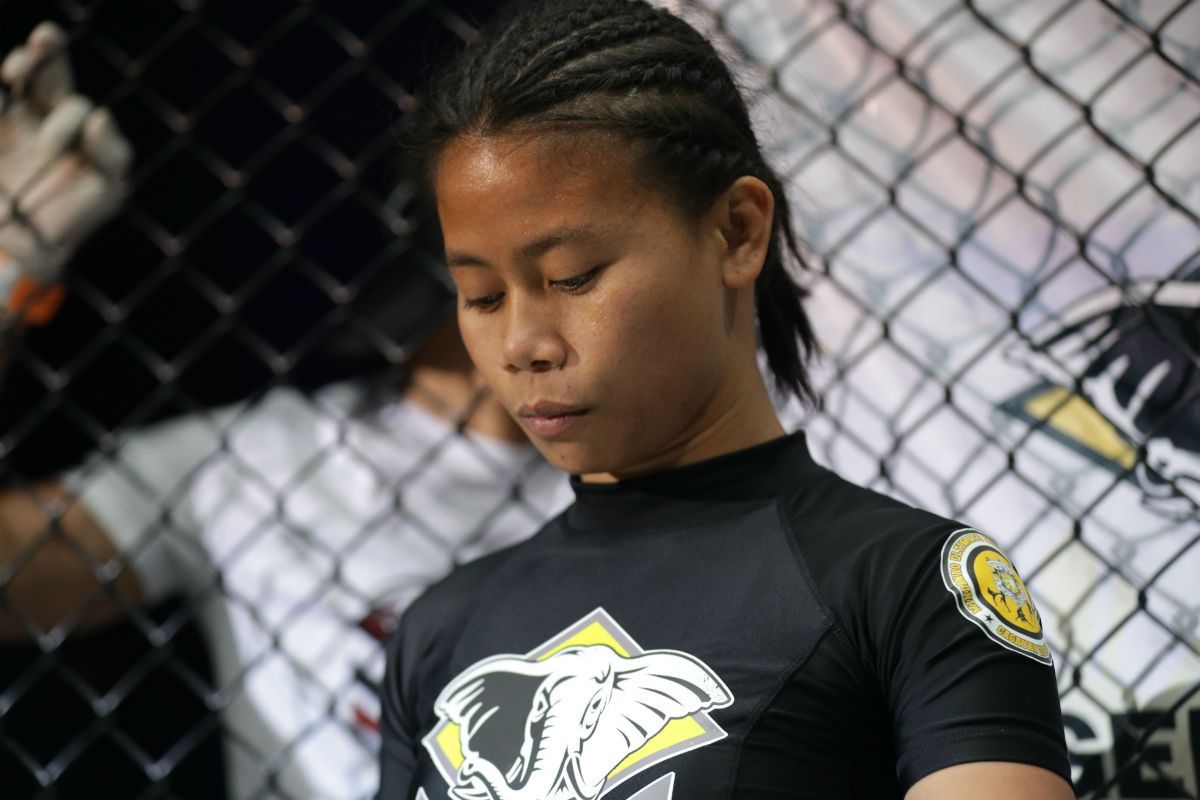 Sabanal hails from Gingoog City on the Philippines’ southernmost and second-largest island of Mindanao, where she had a tough start to life.

First, her mother left her and her siblings before her father abandoned them, too.

“Growing up without your parents to guide you and support you in all of your decisions is the hardest part of life,” Sabanal says.

“After my mother left, my father decided to send us to our grandparents. He said we should stay there because no one would look after us while he was away. I was just 7 years old. I didn’t understand how painful it could be.”

Salvation came from the rest of “D Explorer’s” family. Her grandparents gave them a loving upbringing, and she and her siblings always supported each other.

“Eventually, with my parents gone, I had to move on with my life. After that, my relationship with my siblings became closer. We had each other’s back through thick and thin,” she adds.

“We are grateful because there are a lot of people who really helped us – even without our parents.

“My grandparents played an important part in our lives growing up because they raised us and taught us the values and virtues that made us who we are. They always tell us that they are very proud of us and what we have achieved.” 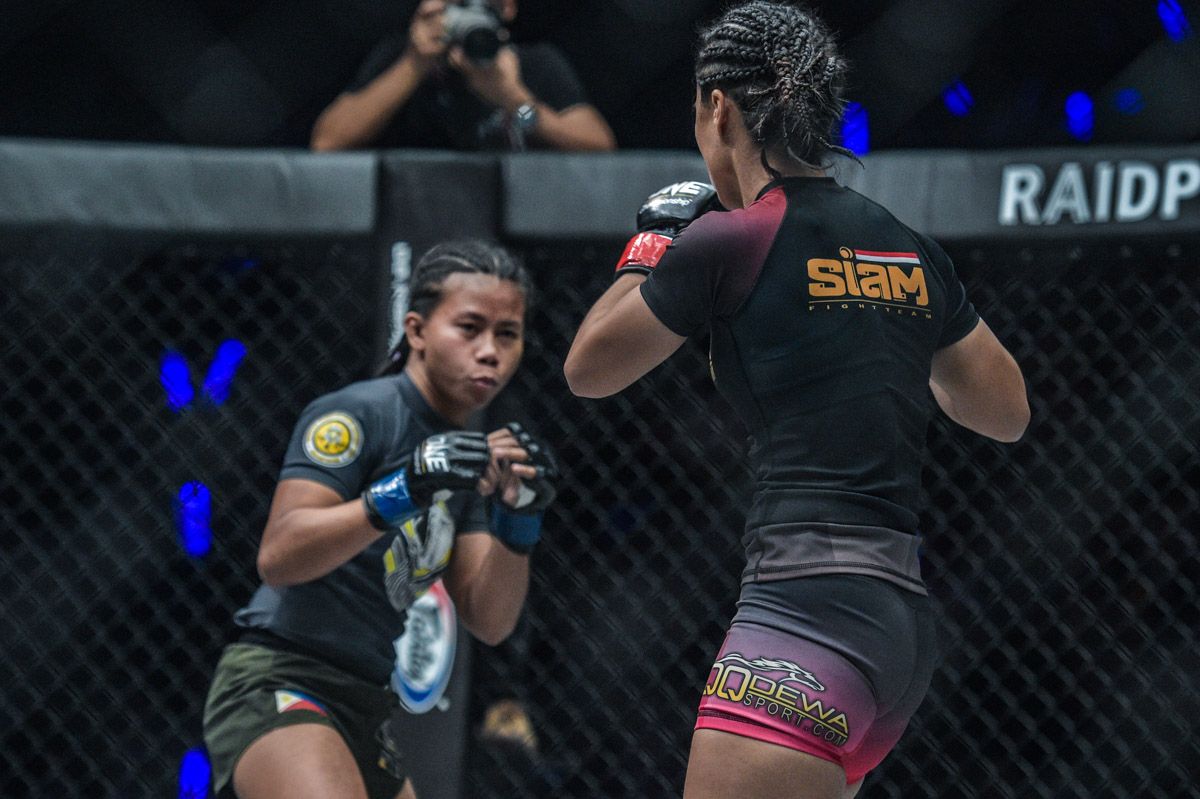 “D Explorer” is a late bloomer in martial arts. She only began her training at the age of 22 when she enrolled in Muay Thai classes at Mindanao Ultimate Mixed Martial Arts a few years after she got her college diploma.

She even admits she had no plans to compete, but after several years of training and making “the art of eight limbs” a part of her life, she took the plunge.

“I enrolled in Muay Thai classes purely for fitness and self-defense,” she explains.

“It took me five years to finally try to compete in Muay Thai because it never crossed my mind to compete nor become a fighter.

“I was busy finishing my dissertation paper for my master’s degree. My priority at that time was to graduate, if not with honors. Although I was really progressing in Muay Thai, my focus was still fixed on getting a degree.” 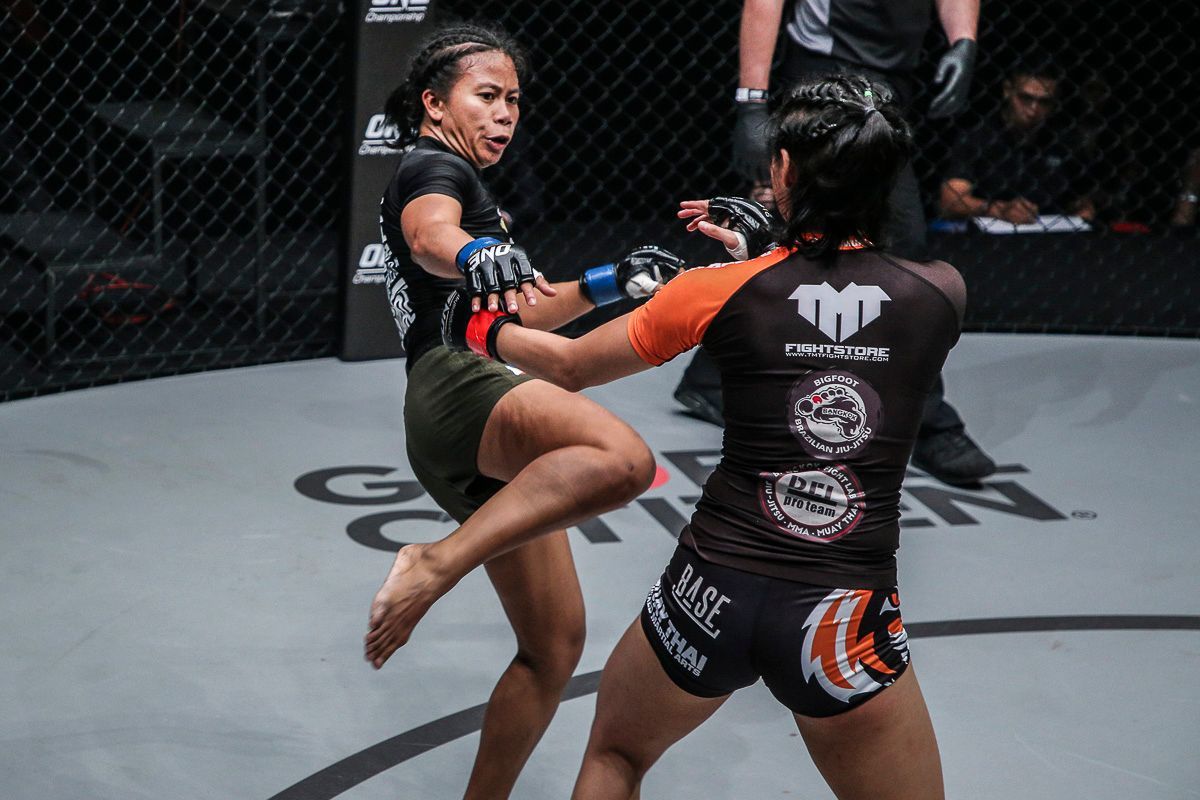 No one could say Sabanal did not do the right thing by prioritizing her studies, and she made her family proud when she graduated and became a math professor at the University Of Science And Technology Of Southern Philippines.

However, her coaches and training partners saw something in her, and persuaded her to step through the ropes to see what she was capable of in the ring.

“After I earned my master’s degree, my coaches were the first ones who congratulated me, but after that, they asked me if I wanted to join the team,” she says.

“D Explorer” won some competitions on the regional circuit, and that led her to the 2017 Philippine National Muay Thai Championship.

Despite her entry into the 57-kilogram category – way above her natural division – the tenacious striker almost went all the way to the gold medal.

“I got silver, despite the fact that I weigh 49 kilograms. I was supposed to fight in the 50-kilogram category, but unfortunately, I didn’t have any opponents.

“I decided to fight in a higher weight class. Fortunately, I finished the tournament with a silver medal in hand.”

In At The Deep End

Will Filipina phenom Angelie Sabanal spoil the highly-anticipated ONE debut of Japan's Itsuki Hirata on 15 June?

Posted by ONE Championship on Friday, June 7, 2019

Sabanal’s success in Muay Thai attracted interest from the world’s largest martial arts organization, which threw her in at the deep end for her mixed martial arts debut last March.

Though she drew Thai star Rika “Tiny Doll” Ishige in her hometown of Bangkok, Sabanal pulled off a major upset. Despite the crowd’s total support for her opponent, “D Explorer” dominated for three rounds to claim a unanimous decision.

“I did not know what to do. Do I celebrate or do I cry? I was really surprised because I did not expect the outcome,” she remembers.

“I couldn’t explain the feeling at the exact moment my name was announced as the winner because people were telling me that I should compete in the local scene first before I get my chance in ONE Championship.

“Aside from that, my opponent was clearly more experienced than me. Getting the victory over Rika is like winning a World Championship.”

That success lit a new fire under the women’s atomweight competitor, and since then, she has done everything in her power to add new tools to her game so she can compete with her peers on the global stage.

Sabanal’s next test will come against the undefeated 19-year-old, Hirata, but she is convinced she has the tools to bring another win home from Shanghai, China.

“My goal is to be a complete fighter. This is mixed martial arts, and the sport requires me to cover all bases,” she says.

“I want to win again because I want to give back to my gym and the people who love and support me. I am competing for my country. Everything I do is for all of them, and as long as I can do this, I will keep doing this.”