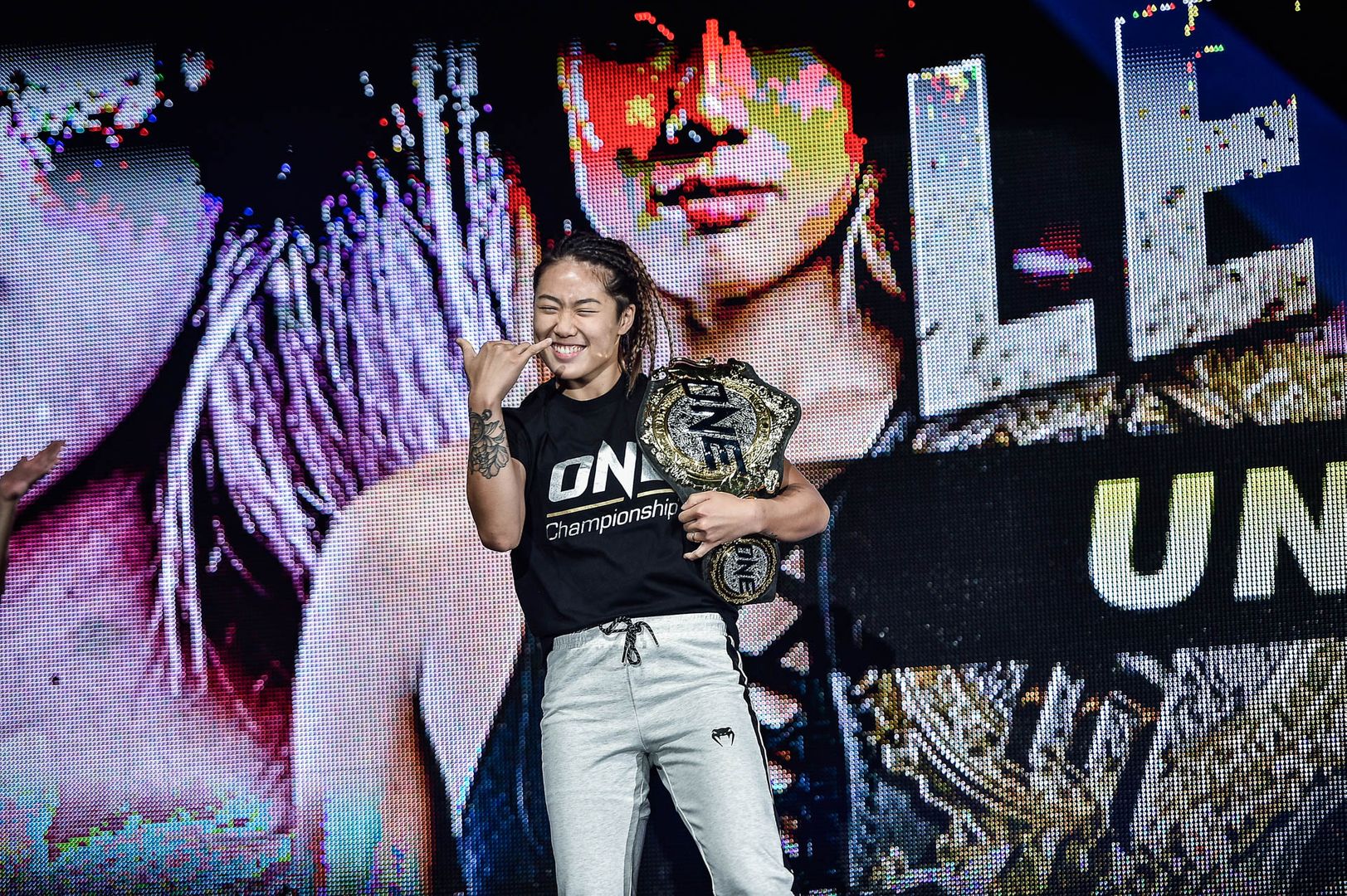 “Unstoppable” Angela Lee was the first women’s World Champion in ONE Championship, and her success, never-say-die attitude, and eternal positivity have made her one of the organization’s most popular superstars.

Though she is still only 22, the Singaporean has already spent her career setting benchmarks and breaking records by winning some of the most memorable matches on the global stage.

These are her top 10 moments in The Home Of Martial Arts – so far.

Lee looked like a superstar in the making from the very first time she set foot in the ONE Circle.

At ONE: WARRIOR’S QUEST in May 2015, it took her just one minute and 43 seconds to submit Aya Saber with an armbar and open her account on the global stage for martial arts.

The Singaporean’s second victory took a little longer, but not by much.

Ground and pound softened up Mona Samir before she tapped to a rear-naked choke with 3:49 on the clock.

The year 2015 was a banner one for Lee as she rattled off a quartet of victories – all by way of stoppage – to kick off her professional mixed martial arts career in some style.

What made her streak even more impressive was that she did it all in fewer than seven months between late May and early December.

Few people would have come back so strong after a potentially-fatal car accident like the one “Unstoppable” suffered in 2017.

However, she proved that she got her nickname for a reason as she came with a new fire just a few months later to return and defend her World Title for the third time.

#6 In Her Brother’s Corner 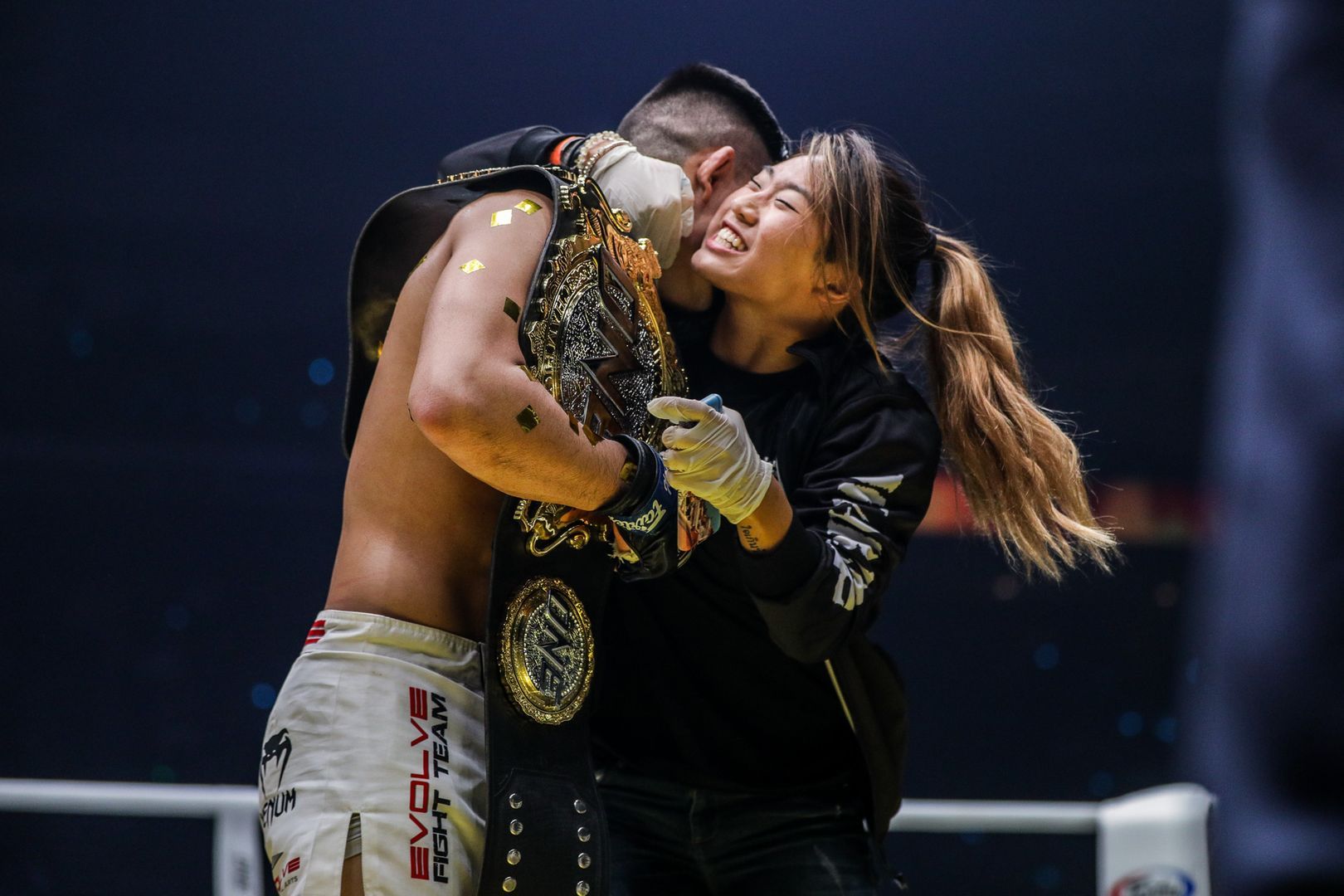 The happiest person outside the ring when Christian “The Warrior” Lee defeated Shinya Aoki to win the ONE Lightweight World Title in May was his big sister.

Angela has watched her younger sibling grow into one of the planet’s best competitors, and join her to form the first ever brother-sister pair of World Champions in mixed martial arts history.

#5 Rematch With Her Toughest Challenger

No other challenger has threatened to take the ONE Women’s Atomweight World Title away from the Evolve and United MMA representative like Mei “V.V.” Yamaguchi.

The Japanese star pushed all the way at ONE: UNSTOPPABLE DREAMS for five rounds, but Lee put in arguably her best ever all-around performance to retain her belt.

The twister is rarely seen in mixed martial arts, but the pride of Singapore pulled one off against Natalie Gonzales Hills at ONE: PRIDE OF LIONS.

This was the win that made “Unstoppable” a superstar as the highlight went viral around the worldwide martial arts community.

#3 Defense Against The Odds

Lee had no reason to compete against Istela Nunes, let alone defeat her, considering she was battling a debilitating case of pneumonia in event week.

No one would have known by taking a look at her performance in May 2017, however. She aggressively chased a finish from the first minute, and finally succeeded with an anaconda choke in the second round.

The “Unstoppable” icon traveled to Bangkok, Thailand to make the first defense of her World Title, and showed the world a new side to her mixed martial arts game.

Before ONE: WARRIOR KINGDOM, the world had not seen much of her striking, but she unleashed her best shots on Jenny Huang to score her first ever TKO in round two.

This was the moment Angela Lee became a global mixed martial arts superstar after one of the greatest matches we have ever seen in ONE Championship.

Then just 19, she went toe-to-toe with Mei Yamaguchi over five rounds, in which she came close to finishing her rival on multiple occasions and had to survive a couple of hairy moments, too.

After 25 minutes of non-stop action, the judges’ gave “Unstoppable” the decision, which made her the inaugural ONE Women’s Atomweight World Champion, as well as the youngest mixed martial arts World Champion in history.