How different will their historic rematch on 18 May be from this first epic clash?

How different will their historic rematch on 18 May be from this first epic clash? Singapore | 18 May | LIVE and FREE on the ONE Super App: http://bit.ly/ONESuperApp | TV: Check local listings for global broadcast | Tickets: http://bit.ly/oneunstoppable18

On Friday, 18 May, the wait will finally be over.

Two years following their first contest, Singapore’s “Unstoppable” Angela Lee and Japan’s Mei “V.V.” Yamaguchi will face-off in a rematch for the ONE Women’s Atomweight World Championship at ONE: UNSTOPPABLE DREAMS.

When these heroines originally met in May 2016 at ONE: ASCENT TO POWER, they set the standard for women’s martial arts, and proceeded to put on the Best Bout Of 2016.

The action-packed match had a little bit of everything – fierce striking, intense ground battles, close submission finishes, and a near knockout.

After five rounds of thrilling competition, Lee edged out Yamaguchi via unanimous decision to become the inaugural ONE Women’s Atomweight World Champion.

As these two warriors prepare for their second bout, they recall their initial encounter.

The Emotions Before The Bout 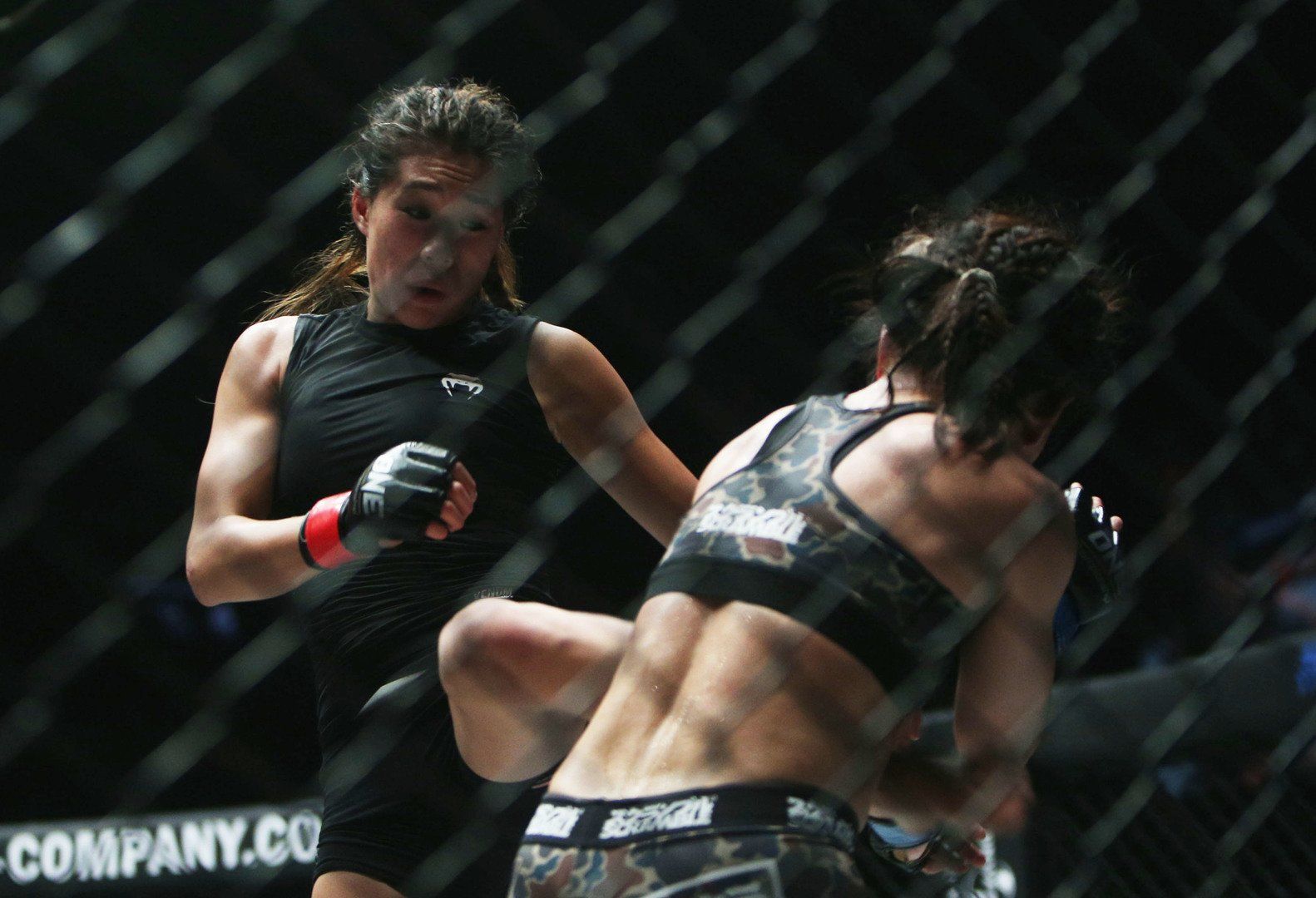 Yamaguchi: I was kind of tired from the beginning. I was not ready for ONE Championship’s weigh-in style where dehydration was banned. Everything was new for me. After I passed the weigh-in, I was like, “Ok, now I can get relaxed and get ready for the match.”

Lee: There were a lot of expectations and everything, so I really felt it. I was really nervous, because it was the biggest match of my life. Walking out, I am usually all smiles and enjoying myself. But this time, I was freaked out, like a scared kid walking out to the cage. I was thinking too much in my head. There was too much going on up there. 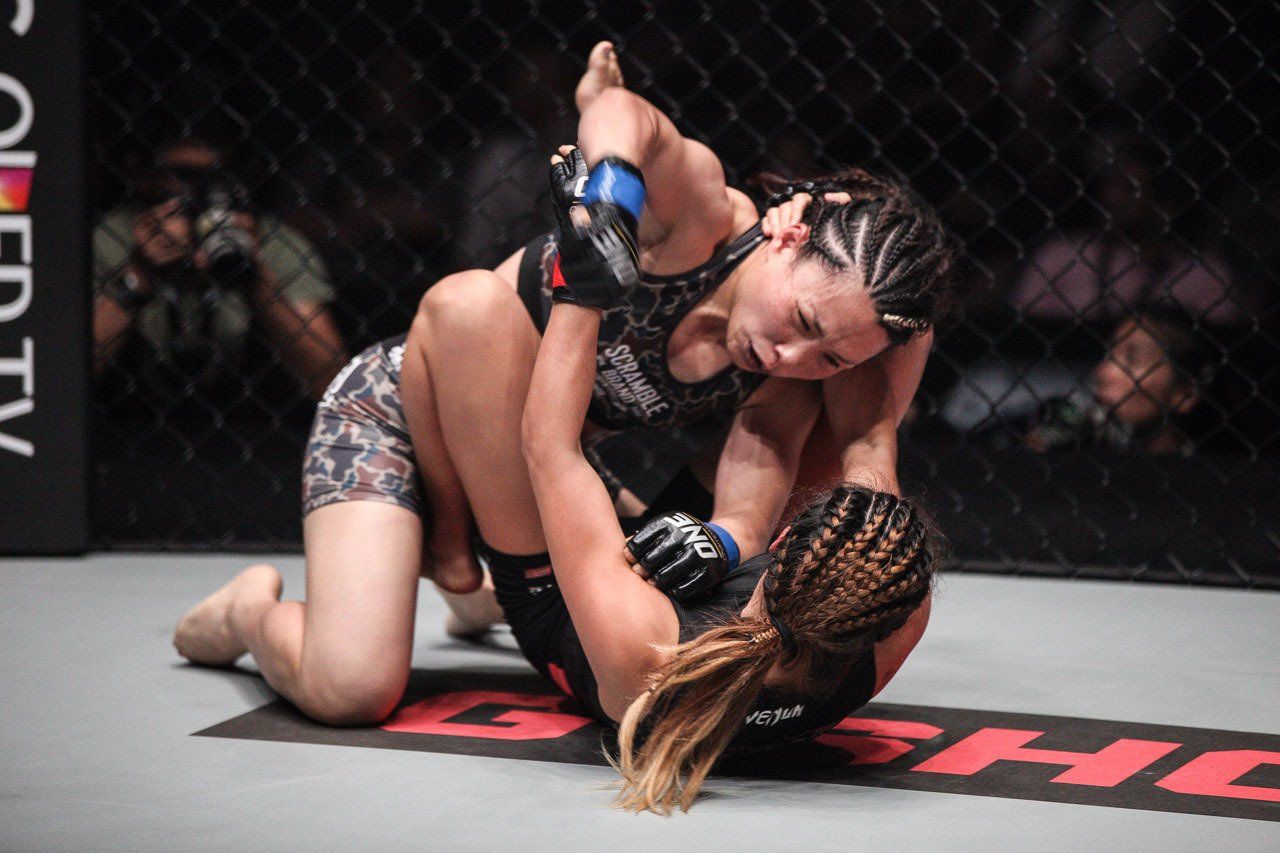 Lee: It was weird. Usually when the match starts, I get off and try to execute my game plan. But when the match started with Mei, I was trying to feel her out, and that is something I do not usually do. I usually just go straight for the kill and try to finish her. But I was feeling her out because I was nervous.

I thought I was pretty good on the feet, and once it got to the ground, I was too fluid with my positions. I did not really base down, and I did not really do too much ground and pound. It was something I could not control. I did not know the nerves would affect me that much and alter my game, but it did.

Lee: I do not remember going out or anything. I was just kind of stunned. Once I hit the ground, it was like, “Ok, I need a breather, I need to control her for a little while to get my head straight.” My dad said: “Luckily, girl, you can take a shot. You’ve got a hard coconut head.”

Yamaguchi: After I got that cross, I went for ground and pound, and it looked like really big damage. I should have kept going for the ground and pound, but as a grappler, I saw her arm, and I just went for the armbar. But I think that was a mistake. She is really flexible, so she got out of it, and then she came back gradually.

Lee: I came in with a rookie mistake by having my hands down, and she capitalized on it. It took a little while for me to regain my bearings, but as soon as I did, we were already grappling, and that is second nature to me. I could still grapple and pay attention to what is going on. So I escaped her submission attempts while still not all there. That is where training comes into play and pays off. 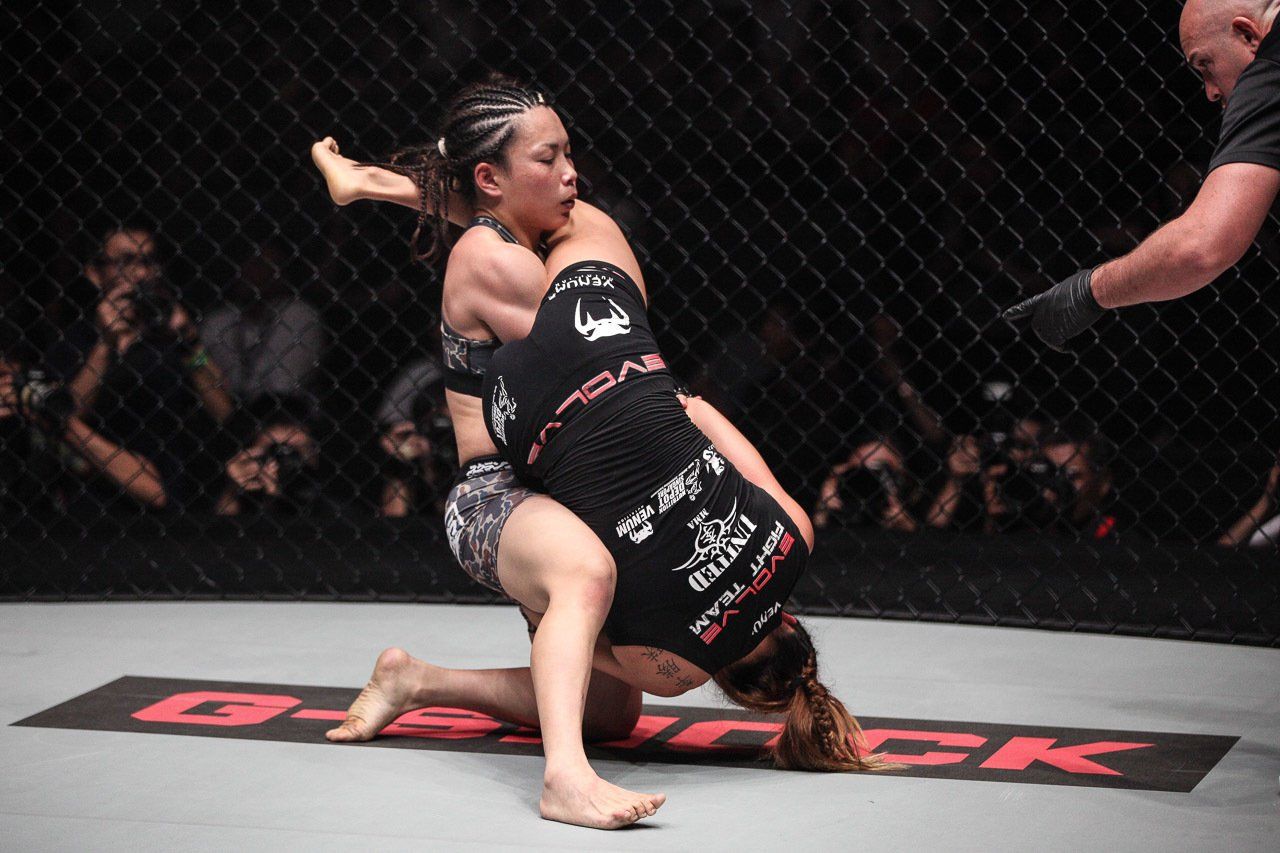 Lee: It was my first time going into the fourth and fifth rounds, heck, even the third! I never made it to the third round in the matches leading up to this one, but it was motivating for me. In my head, I never thought, “Yeah, I am up on points or up on the judges’ scorecards.” I was always thinking, “Did I do enough?” I don’t need to know if I am higher in points or not, I might as well keep trying to finish this match. That is all I had in my head.

Yamaguchi: In the fourth and fifth rounds, Angela kept going for submissions. I was kinda tired, so I just kept trying to defend, and that happened till the end of the bout.

Lee: Especially in the fifth round, I could tell she was gassing out and was tired, so I was trying to capitalize on that. Even to the last seconds of the final bell, I had the choke and was trying to sink it in. That is just my style. I was never happy trying to get a decision. I was really trying to finish. 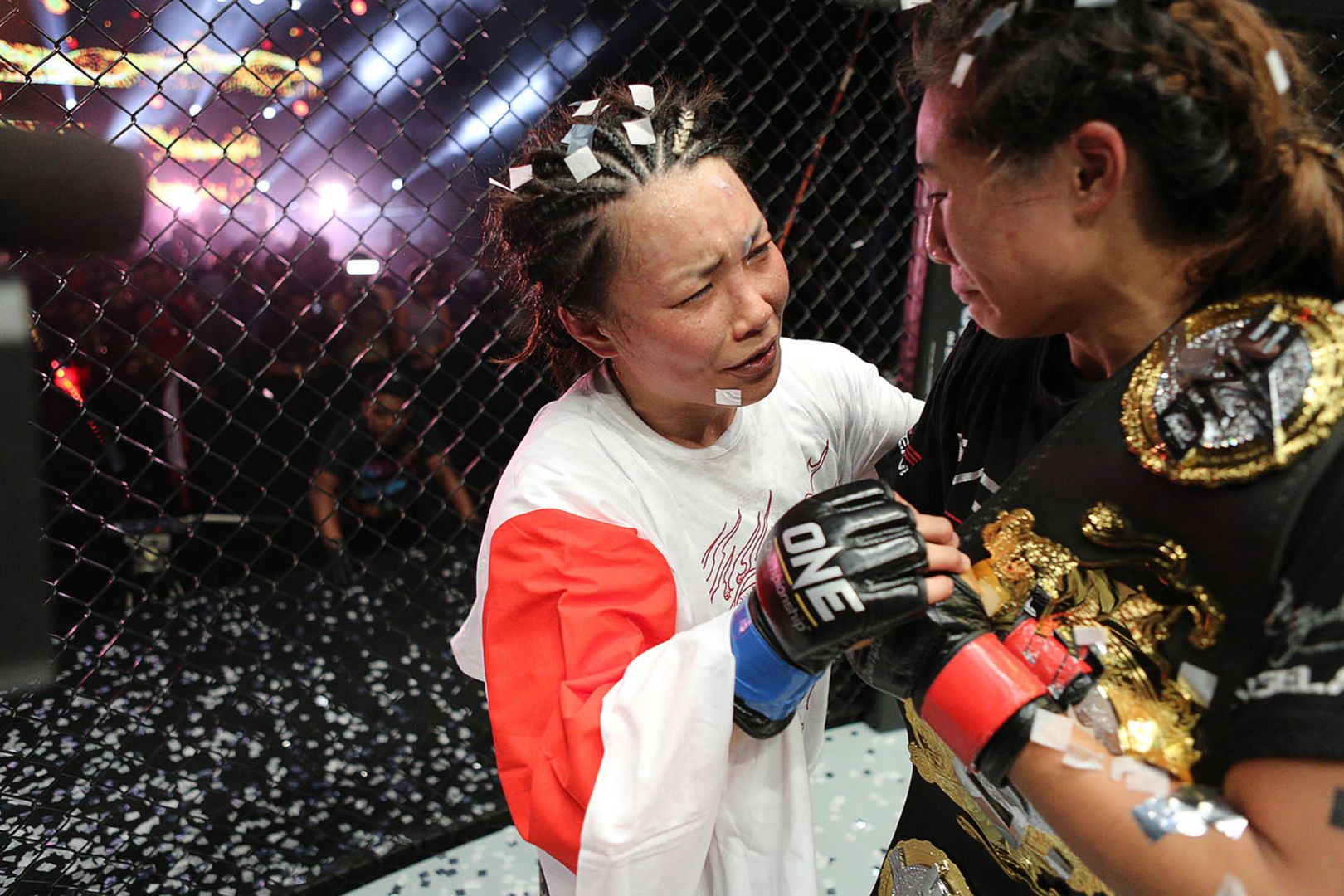 Yamaguchi: Once the match is done, everything is done. It is not like she was my opponent anymore. She is really young, but challenging at the same time. I think that you need to be really brave to do that, so I have a lot of respect for her. I gave her a big hug. Competing for five rounds is really hard!

Lee: Mei is super humble and very respectful, and I saw her after she got out of the medical check [backstage]. I went up to her and we gave each other a hug, we took a picture, and it was really touching. I was really happy we could share that moment afterwards.