Adriano “Mikinho” Moraes (16-2) may have just reclaimed the undisputed ONE Flyweight World Championship two months ago, but he is already preparing for the first title defense of his second reign.

On Friday, 10 November, the 29-year-old Brazilian is scheduled to defend his coveted title against Team Lakay’s undefeated wushu standout Danny Kingad (8-0) in the co-main event of ONE: LEGENDS OF THE WORLD.

“It will be my first time in Manila,” announced Moraes, who now represents American Top Team in Florida, USA. “I am very excited to compete against Danny (Kingad).”

Moraes is also thrilled just to have the undisputed ONE Flyweight World Championship around his waist again.

After losing the belt to Kairat “The Kazakh” Akhmetov via razor-thin split decision in November 2015, it spurred the BJJ black belt to move his family to Coconut Creek, Florida. There, he trained full-time at the famed American Top Team, where he improved upon his wrestling, stand-up game, and overall strategy. 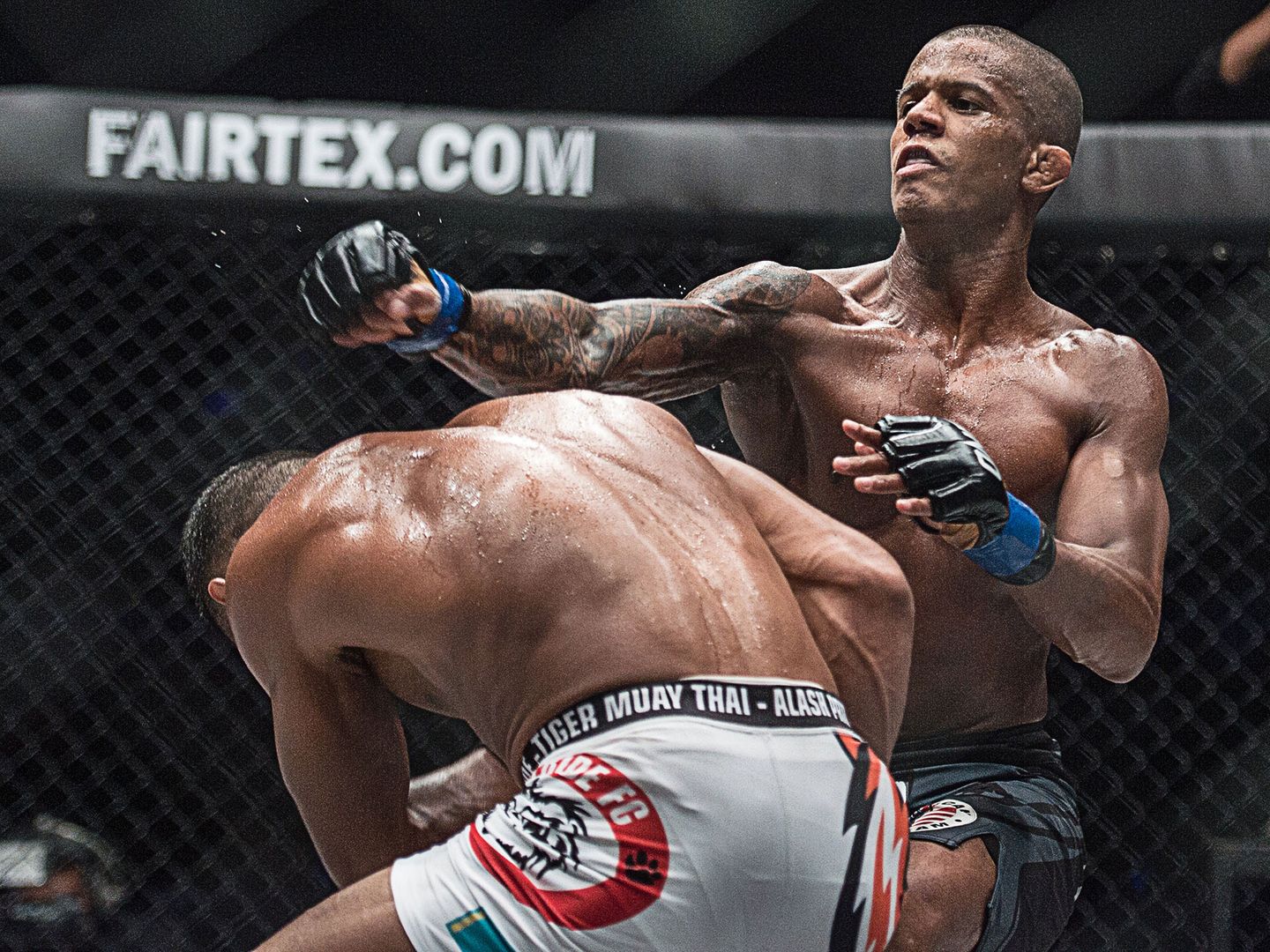 The Brazilian won two straight bouts en route to capturing the organization’s interim title, all while Akhmetov was recovering from a recurring back injury. That paved the way for a title rematch at ONE: KINGS & CONQUERORS this past August, where “Mikinho” brought the lessons he took from their controversial split decision loss into the match.

It was readily apparent from the opening exchanges that Moraes had a new conviction and renewed work ethic. Over five rounds, he outclassed the previously-unbeaten Kazakhstani grappler with a combination of striking, takedown defense, and cage control.

The judges rendered a unanimous decision win for the Brazilian and, although he never doubted the result in his own mind, it was the validation he needed to settle the old score. “I learned much when I lost the first match [with Akhmetov]. I just went back to the gym, trained more and trained hard,” he explains. “So I went into the second match very prepared, I defended his takedowns, and it made me the champ again.”

Moraes may be riding a wave of momentum, but he will not overlook Kingad, as he poses a legitimate threat to his second title reign. The 22-year-old Filipino regional wushu champion is an undefeated talent, and will have home advantage when the two meet in November.

“He is a young martial artist, undefeated, and a wushu champion with good takedowns and good hands,” the Brazilian evaluated. “He is talented, and he has had good matches with the organization.”

Ever since making his professional debut in November 2014, the talented Kingad has looked absolutely flawless. He scored a pair of decision victories before joining ONE Championship in 2016, where he has taken his skills to new heights.

The Baguio City native steamrolled through Muhamad Haidar en route to a first-round TKO in April 2016, and then submitted perennial contender Eugene Toquero via first-round armbar later that December.

Kingad’s most impressive victory, however, happened this past April, when he met Malaysia’s rising star “Jungle Cat” Muhammad Aiman. The two engaged in a thrilling three-round battle, but the Filipino did a superior job of mixing his stand-up with perfectly-timed takedowns and ground strikes. He wound up snagging a unanimous decision victory.

Although the Filipino simply referred to as “The King” appears as dominant as his undefeated record suggests so far in his burgeoning career, he does lack the veteran experience his BJJ black belt opponent brings to the cage. Moraes, whose only two blemishes have come via split decision, believes that would be a major factor in their upcoming tilt.

When they lock horns, Moraes believes Team Lakay will have diligently prepared their game plan for the title bout, especially considering he submitted Kingad’s teammate Geje “Gravity” Eustaquio for the inaugural title back in September 2014.

The Brazilian is not a fresh target on their radar, but that does not mean they will have the answers this time because of his constant evolution at American Top Team, which he feels is keeping him ahead of the curve.

“I think he will come to this match to defend against my Brazilian jiu-jitsu, and put on more of a striking offensive attack,” Moraes suggested, before shutting down his opponent’s chances. “Being at ATT has made a big difference, and I feel great to defend my belt and hear those words, ‘And still,’ once again.”

Moraes prides himself on being a world champion with no weaknesses, and only recently managed to acquire the undisputed ONE Flyweight World Championship again after two long years of waiting. He will not be keen to let it slip through his fingers so quickly, and is driven to hold the belt for a very long time.