It is a new year and a new decade, and ONE Championship is going to kick off the new Roaring 20s with a spectacular blockbuster this coming Friday, 10 January.

The world’s largest martial arts organization brings ONE: A NEW TOMORROW to the Impact Arena in Bangkok, Thailand, and the 12-bout spectacle is filled to the brim with thrilling Muay Thai, kickboxing, and mixed martial arts contests.

With event night drawing near, we list the five most important reasons why you must watch ONE: A NEW TOMORROW from the Thai capital.

Rodtang “The Iron Man” Jitmuangnon originally took the ONE Flyweight Muay Thai World Championship from Jonathan “The General” Haggerty at ONE: DAWN OF HEROES last August. That contest was so exciting, it was named the ‘Top ONE Super Series Bout Of 2019.’

Now, the rematch is set, and fireworks are guaranteed.

Haggerty performed well in their initial encounter, especially in the early rounds. However, the 22-year-old Londoner fell into his rival’s game and it got the better of him.

This time around, “The General” promises not to make the same mistake. Also, he is tweaking his game and has a few surprises in store for the Thai.

Meanwhile, Rodtang plans to extend his unbeaten streak in ONE Super Series. The 22-year-old Thai has been flawless since entering ONE Championship’s all-striking branch in September 2018, as he has earned six consecutive victories against elite opposition.

While his first battle with Haggerty was close, “The Iron Man” guarantees the second match-up will end with a knockout and he will leave the Impact Arena as the rightful ONE Flyweight Muay Thai World Champion.

Stamp Fairtex is already the ONE Atomweight Kickboxing and Muay Thai World Champion, but she is getting closer and closer towards striking gold in a third sport.

The Thai superstar is a perfect 3-0 in mixed martial arts competition and has displayed her vast evolution over the past several months. Although the 22-year-old Pattaya resident is famous for her elite striking abilities, she recently showcased a much-improved ground game in victories over Asha Roka and Bi Nguyen.

This Friday, however, Puja “The Cyclone” Tomar will attempt to spoil Stamp’s homecoming and put a stop to her dancing ways.

Tomar has the tools to push her Thai counterpart to the limit. The 26-year-old Indian is a multiple-time national wushu champion in her homeland, and she has both the stand-up skills and grappling acumen to frustrate her opponent.

She demonstrated that by defeating top contender Priscilla Hertati Lumban Gaol in January 2019, and she could very well do it again. In fact, “The Cyclone” plans to.

However, if Stamp can impress again, then she will take another step closer to a colossal showdown with ONE Women’s Atomweight World Champion Angela Lee. 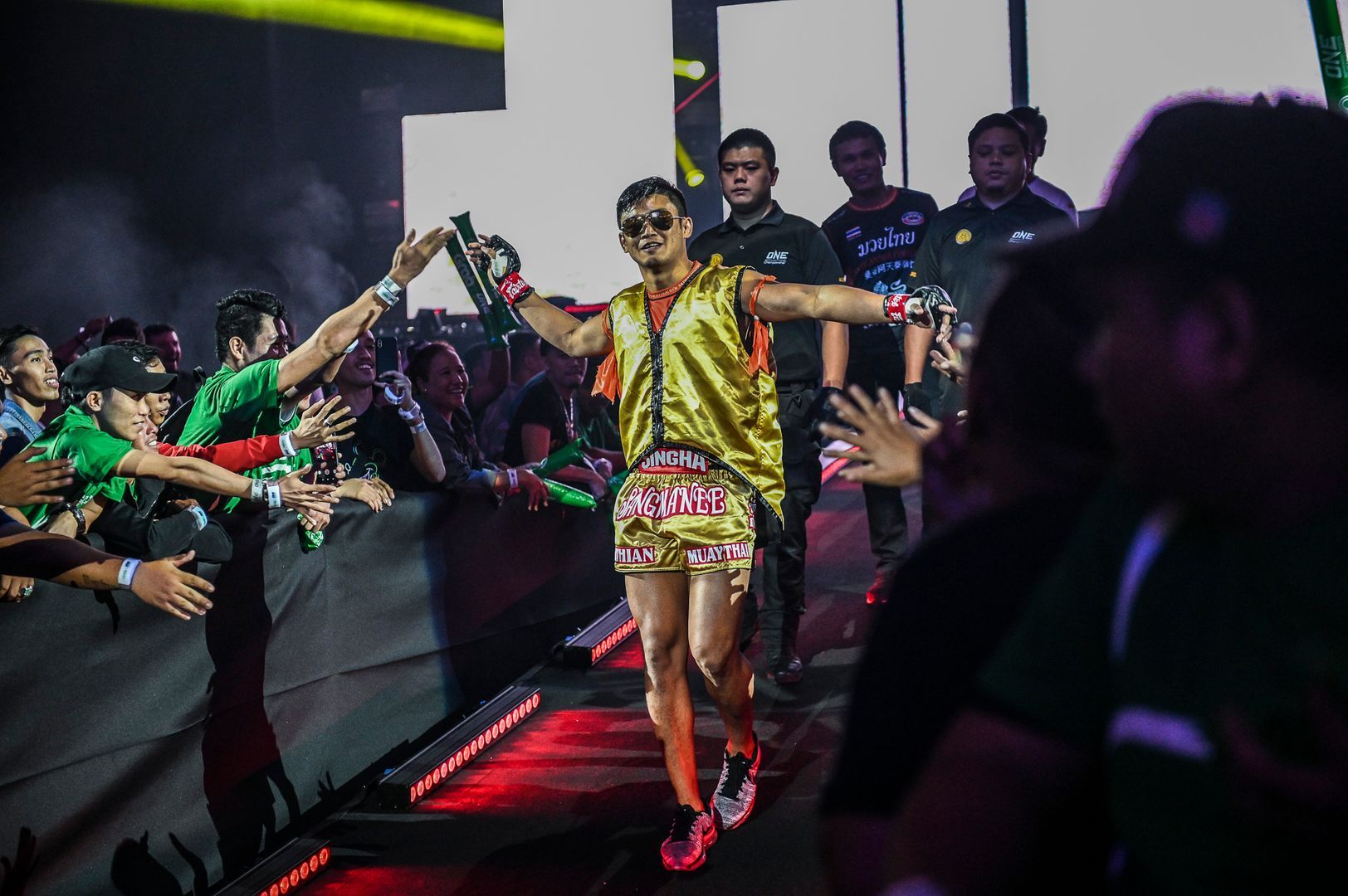 The main and co-main events are not the only reasons why the local crowd will be ecstatic on Friday. Two more local heroes will don the gloves to a roaring crowd.

First up on the card will be a ONE Super Series Muay Thai bantamweight match-up between Muangthai PK. Saenchaimuaythaigym and Algeria’s Brice “The Truck” Delval.

The 25-year-old Thai striker is a three-time Muay Thai World Champion, and a victory will put him at the 200-win mark for his career.

Also, later in the evening, “The Million Dollar Baby” Sangmanee Sathian MuayThai will try his best to leave the hometown crowd with beaming smiles.

Sangmanee, who is a seven-time Muay Thai World Champion, will take on Japan’s Kenta Yamada in a high-stakes clash. A victory for the 22-year-old Bangkok native will put him one step closer to a ONE Bantamweight Muay Thai World Title opportunity.

#4 The Next Possible Featherweight Contender 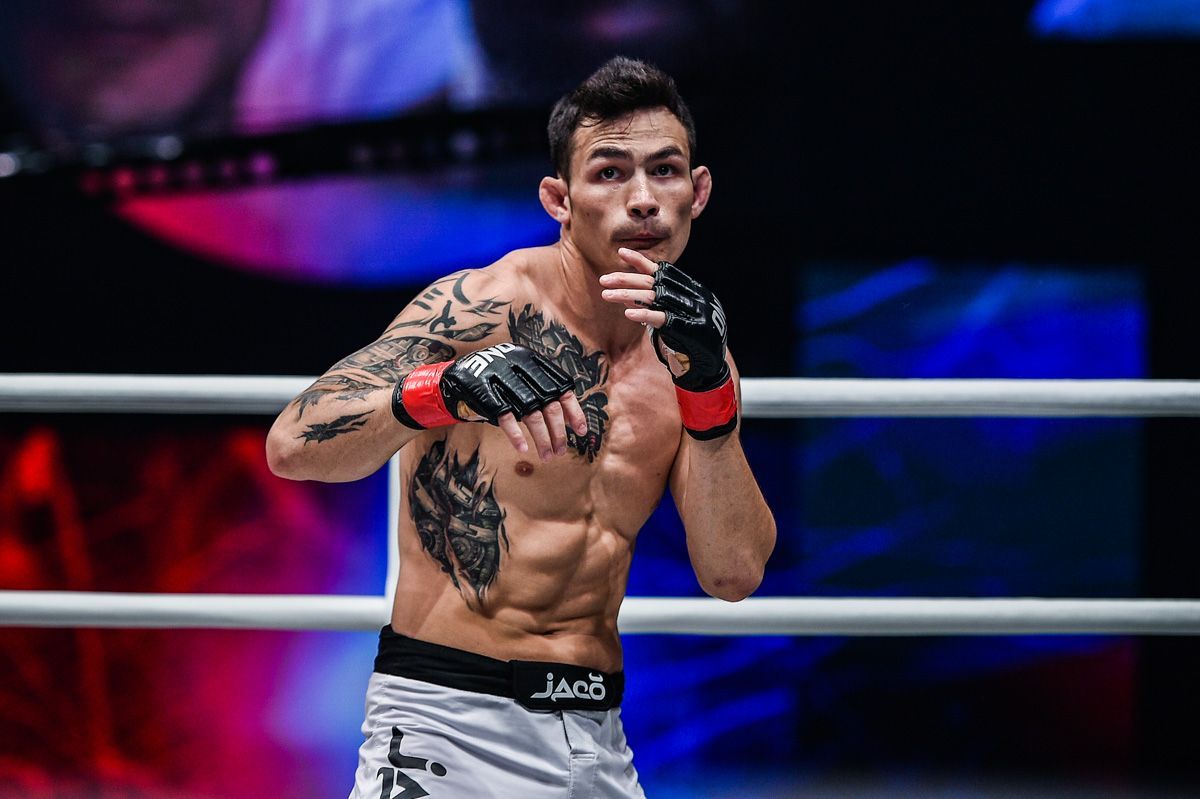 Le, an LFA Featherweight Champion, made an immediate impact in the weight class when he joined The Home Of Martial Arts last year.

The 50/50 and MidCity MMA representative scored back-to-back highlight-reel knockouts against top contender Yusup “Maestro” Saadulaev and former ONE Lightweight World Champion Kotetsu “No Face” Boku. He promises a third, if his opponent pushes the pace.

As for Takahashi, he is riding an incredible eight-bout win streak into Bangkok, with six of the eight contests ending via knockout. The Shooto Pacific Rim Featherweight Champion gave the global fanbase a sneak peek at his skills in his ONE debut last May, and he plans to build on that in the Thai capital.

Whoever leaves the Circle victorious on Friday could make a strong argument for being the next challenger for the ONE Featherweight World Championship.

2019 was a banner year for The Home Of Martial Arts, but from the sounds of it, 2020 is going to be even bigger and even better.

ONE Championship Chairman and CEO Chatri Sityodtong just announced a record-high 50 events for the year, as well as a partnership with The Sports Authority Of Thailand to launch ONE Hero Series Muay Thai in “The Land Of Smiles.”

The world’s largest martial arts organization has made a slew of groundbreaking announcements, and the 12-bout card for ONE: A NEW TOMORROW will officially get the 2020 season off to a magnificent start.