Ok Rae Yoon has been one of 2021’s biggest revelations in ONE Championship — and his meteoric rise could take him all the way to the top.

With back-to-back wins over elite opponents, the South Korean striker earned himself a shot at Christian “The Warrior” Lee for the ONE Lightweight World Title at ONE: REVOLUTION on Friday, 24 September.

While most consider Ok the underdog, here are five interesting facts that show why he’ll be a threat to Lee’s crown when they square off inside the Circle.

#1 He Dominated The Asian Scene

Ok built an impressive resume while competing against some of the top Asian talent in China, Japan, and his native South Korea.

Though nothing compares to gold on the global stage, the Team Mad athlete has already collected some silverware on the regional circuit.

The Busan native picked up the Double G and HEAT Lightweight Titles to earn his place in The Home of Martial Arts, and his sights are now set on the ONE Lightweight World Championship. Because of his championship experience, Ok will be well-prepared to go the distance against Lee if he needs to.

He’s reached the final bell in a trio of five-round bouts – winning two of them – while Lee has competed in the championships rounds just once, losing to Martin “The Situ-Asian” Nguyen back in May 2018. 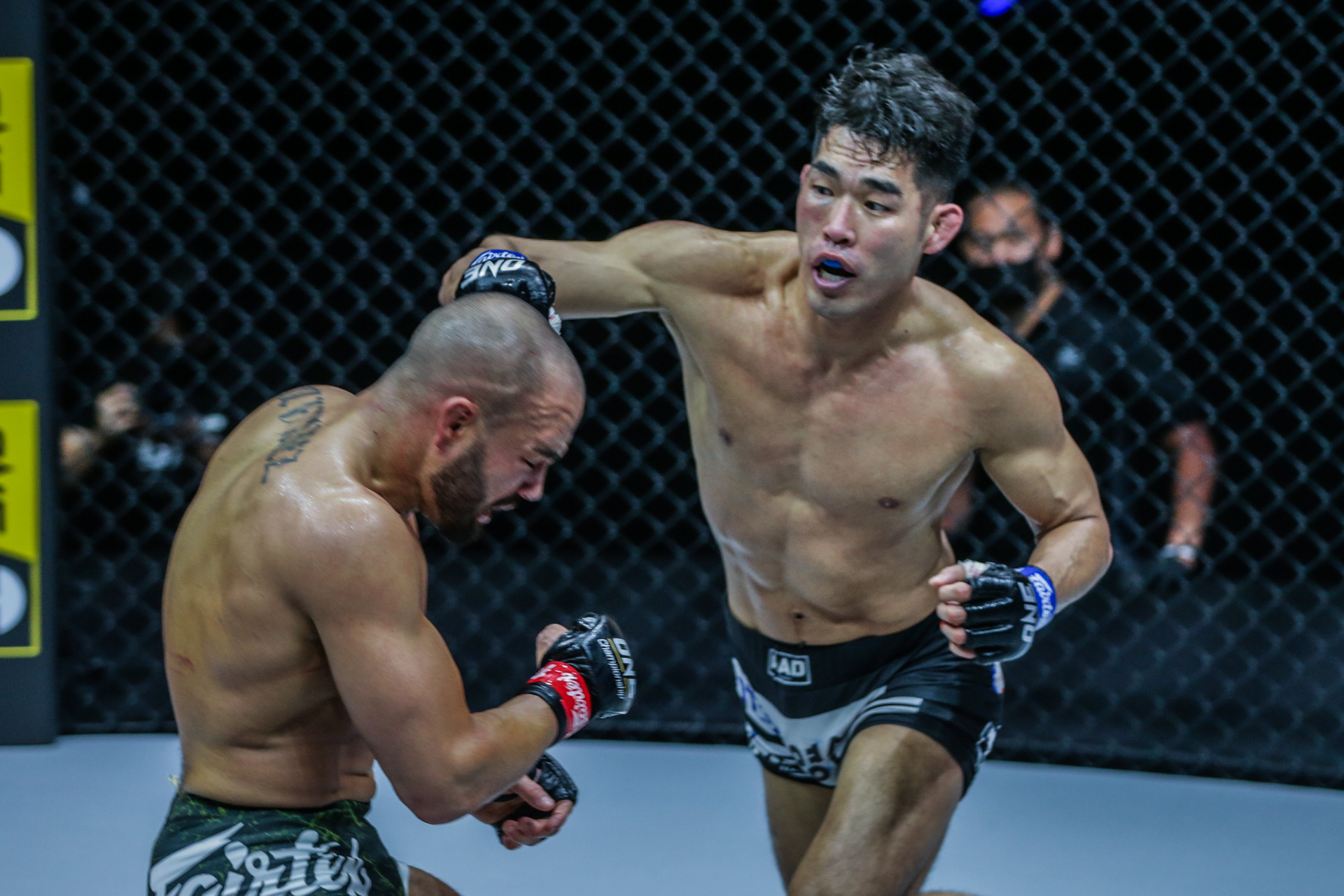 As if earning two wins in April wasn’t a big enough feat, Ok earned a new nickname in the process due to the big names he took out.

In his ONE debut, the South Korean defeated former ONE Featherweight World Champion Marat “Cobra” Gafurov. He then picked up a massive victory over lightweight legend and multiple-time Mixed Martial Arts World Champion Eddie “The Underground King” Alvarez.

Off the back off those huge performances, fans have taken to calling Ok “The Legend Killer.”

#4 He Trains With South Korea’s Finest

At his home gym of Team Mad in Busan, Ok has the luxury of some elite-level training partners who can help him progress.

Alongside some big names who compete in other major international organizations, he works on his game with fellow South Korean ONE Championship stars “The Big Heart” Yoon Chang Min and “Arale Chan” Seo Hee Ham.

And if Ok can defeat Lee on 24 September, he would become the first South Korean World Champion on the global stage since 2013.

#5 He’s Also Been Training In The USA

Ok has spread his wings to prepare for his massive bout with “The Warrior.”

The 30-year-old traveled to Team Alpha Male in California, USA, where he worked under the tutelage of mixed martial arts legend Urijah Faber.