At ONE: HEROES OF HONOR on Friday, 20 April, some of the world’s best knockout artists will attempt to deliver a highlight reel finish inside the ONE Championship ring, which will be seen for the very first time at the Mall Of Asia Arena in Manila, Philippines.

In addition to some of the best martial arts action under ONE’s Global Rule Set, the historic event marks the debut of ONE Super Series, which celebrates the world’s best strikers with a pair of Muay Thai and kickboxing contests.

This will undoubtedly be a striking-heavy card. To get further prepared for an action-filled night, here are three of the most awesome knockouts from our heroes of honor.

A ferocious finish for the Filipino hero, Kevin Belingon.

Two former ONE Bantamweight World Title challengers faced off last August, as the Philippines’ Kevin “The Silencer” Belingon met Australia’s Reece “Lightning” McLaren at ONE: QUEST FOR GREATNESS. Both athletes were looking to advance their journey back to the gold, but a devastating knockout sent one of the competitors down a weight class.

Action started slow with both contenders alternating missed jabs, until Belingon attempted a spinning heel kick. McLaren goaded the Filipino a bit after parrying the strike, and then proceeded with a series of jabs that Belingon evaded.

The Aussie soon learned why Belingon is called “The Silencer,” as the Team Lakay veteran connected with a huge right hand, which dropped McLaren to the canvas.

Belingon immediately rained punches on his opponent, as “Lightning” attempted in vain to control his aggressor on the ground. The Filipino never let up, however, and forced the referee to stop the contest just 62 seconds into the very first round.

It was Belingon’s third consecutive win after losing to ONE Bantamweight World Champion Bibiano “The Flash” Fernandes. The Filipino hero went on to win his next bout, got on a four-bout win streak, and will look to extend it to five against grappling sensation Andrew Leone at ONE: HEROES OF HONOR.

“The Rock” Continues to Roll

A win streak was bound to end when rising Czech debutant Jaroslav Jartim made his debut in the ONE cage against former ONE Featherweight World Champion Honorio “The Rock” Banario at ONE: KINGS OF DESTINY in April 2017.

The Filipino wushu specialist attempted a takedown early in the bout, attempting to negate the height and reach advantage of his fellow striker, and it culminated in a massive slam before the first minute was up.

Banario was getting the better of the ground exchanges, but his attempt to take Jartim’s back allowed his opponent to gain an advantage before they got back to their feet. “The Rock” closed the opening frame controlling his opponent by pressing him to the cage.

The second round opened with kicks from both competitors, but Banario again went for a takedown. Jartim briefly got on top, but “The Rock” stood up and created distance. Right when the Czech least expected it, Banario hit a cross to the midsection, and then connected with a left hook to the jaw, which instantly knocked Jartim flat on his back.

Now surging in the lightweight division, Banario will carry a four-bout win streak into battle against revered veteran Adrian “The Hunter” Pang on 20 April.

“The Honey Badger” Adds “Puccibull” To His List Of Prey

His non-stop barrage of punches seals the deal.

This past January, grapplers came to strike at ONE: GLOBAL SUPERHEROES, as Thailand-based American Emilio “Honey Badger” Urrutia stepped into the cage against two-time BJJ No-Gi World Champion Bruno Pucci.

Despite both having four submission victories under their belts, the two athletes opted to display their striking prowess.

Urrutia had the upper hand when they went toe-to-toe. He forced “Puccibull” to try a couple of takedowns, only to be frustrated when “The Honey Badger” nullified the attempts. A flurry of punches culminating with a right straight from Urrutia had the Brazilian’s legs unsteady.

Pucci withstood another storm of punches, and brought Urrutia down with him to the mat. They did remain there for long, however. When the two got back to their feet, “The Honey Badger” stalked the Brazilian for the finishing touches. A quick one-two to Pucci ended the bout.

Urrutia faces his toughest challenge yet on 20 April. He takes on a determined former ONE Featherweight World Champion in Marat “Cobra” Gafurov, who returns under ONE’s Global Rule Set for the first time since losing his prized belt. 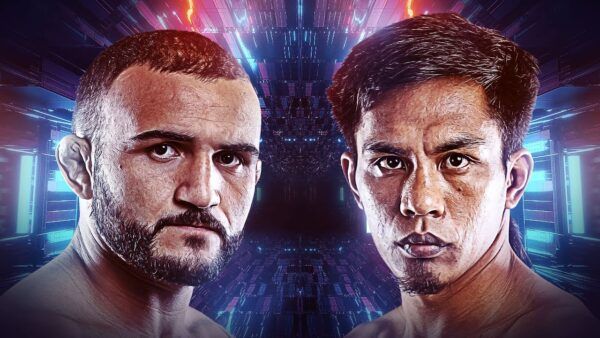 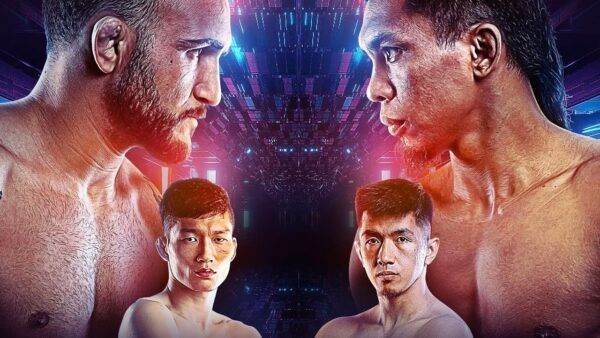