Former ONE Featherweight World Champion Honorio “The Rock” Banario continued his successful lightweight campaign on Friday Night, 21 April, at ONE: KINGS OF DESTINY.

The hometown hero sent his fellow countrymen at the Mall Of Asia Arena in Manila, Philippines, into raptures when he delivered a thrilling one-punch knockout to the Czech Republic’s Jaroslav Jartim in the second round. 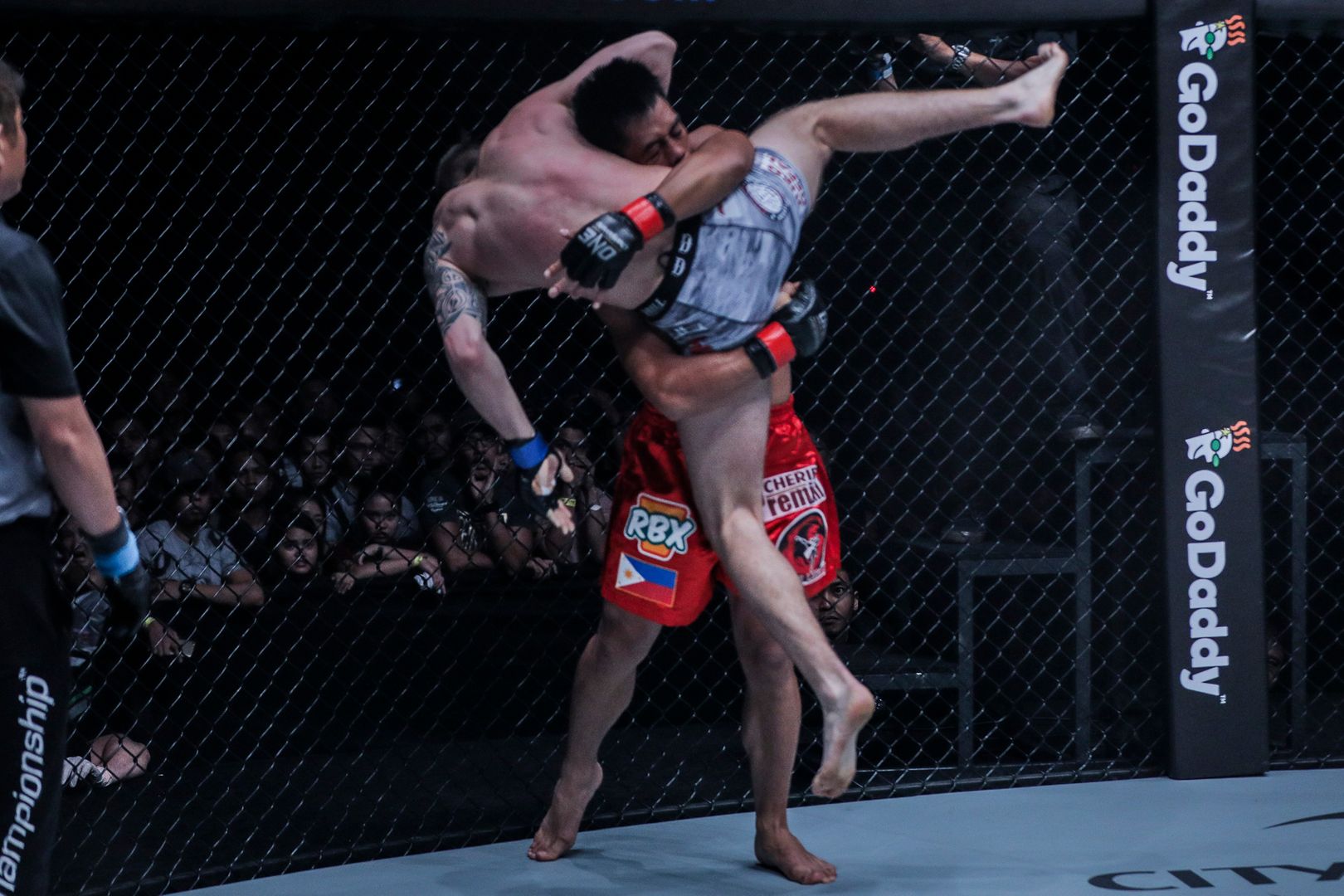 In the opening frame, Banario started off the contest with quick strikes and superior grappling control, as he slammed Jartim to the canvas just one minute in to the fight. “The Rock,” who is a cornerstone of the Baguio City-based Team Lakay, had claimed before the fight that his plan was to leave the cage victorious with a submission win.

He attempted to fulfil his promise with an abundance of transitions on the ground in hopes of securing the perfect submission.

After being stood-up by the referee, the Czech utilized his grappling prowess by bringing Banario to the canvas. It lasted just seconds before the Filipino escaped, however. The remainder of the round featured more grappling against the cage, with Banario controlling the pace. 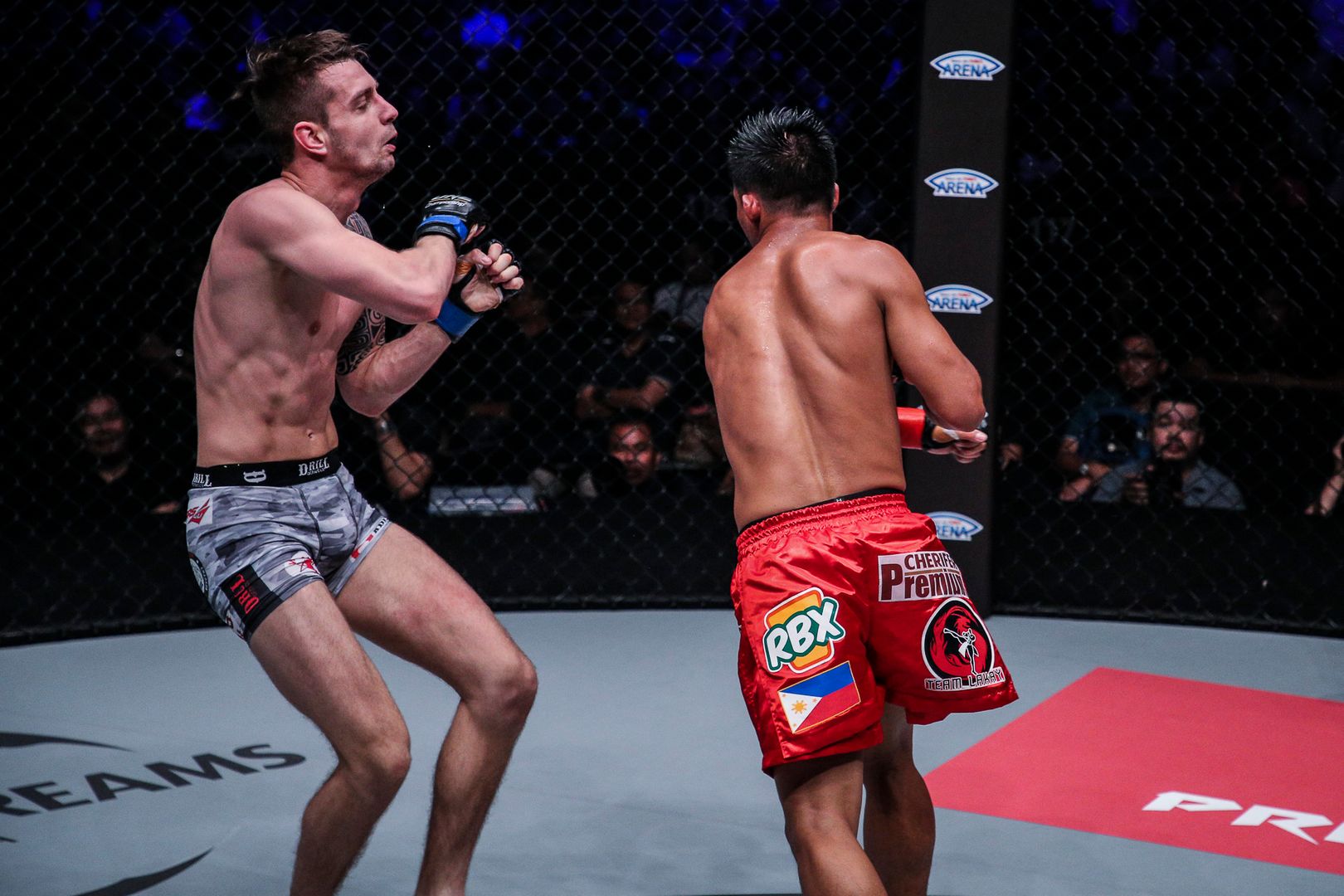 “The Rock” continued to dominate the ground game in the second round. He spent nearly a minute on top of his European nemesis. After Jartim scrambled and rose to his feet, Banario landed a one-punch knockout that crumbled the Czech lightweight instantly. The ref immediately intervened and awarded the victory to the local hero.

“Things happen, you know? Things happen. Instead of implementing my game plan of [a] submission, my hand connected,” Banario told Mitch Chilson, and the roaring crowd following the contest. 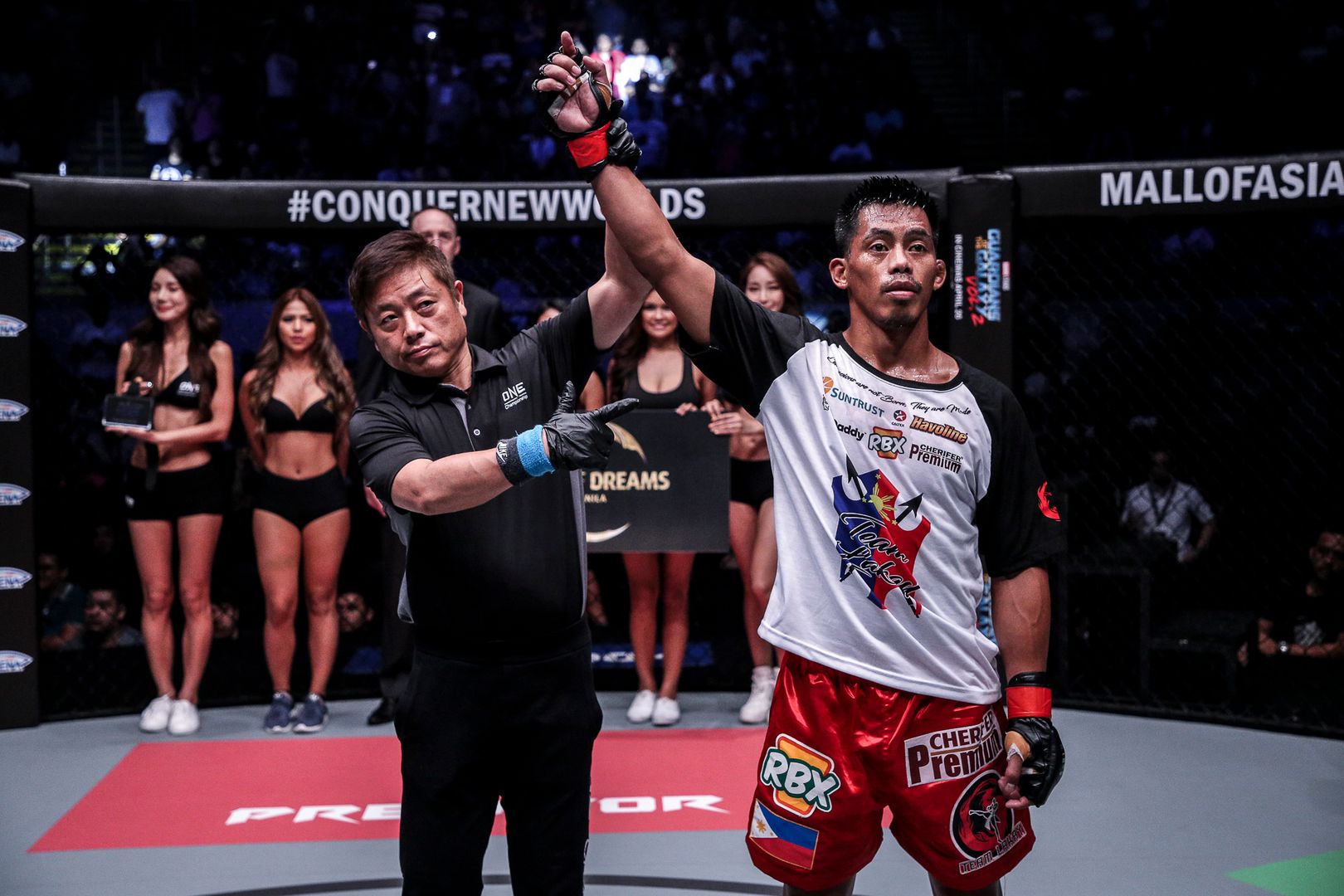 Despite not getting the submission win he was training for in fight camp, leaving the cage with the knockout feels just as good for the Team Lakay product.

Now riding a four-fight win streak, Banario improves his record to 12-6, and continues to impress at lightweight. Jartim, who replaced “Ruthless” Rob Lisita on less than two weeks’ notice, gets his three-fight winning streak snapped, and falls to 8-6. However, the Czech put forth a valiant effort, even in defeat.