ONE Championship kicks off a packed year of martial arts action on Saturday, 19 January, at ONE: ETERNAL GLORY in Jakarta, Indonesia.

The event features a stacked card of bouts topped by a battle for the ONE Strawweight World Title, and includes a trio of athletes who are capable of spectacular displays of martial arts skill.

We take a look at their finest examples.

Filipino star Joshua “The Passion” Pacio got it right the second time, when he defeated Yoshitaka “Nobita” Naito to capture the ONE Strawweight World Championship at ONE: CONQUEST OF HEROES.

Pacio was comprehensively out-grappled in the pair’s first contest back in 2016, but showcased significant improvements in his game in the rematch.

The Filipino phenom was noticeably more calm and composed in the second showing, and looked far more confident in his skills against the seasoned Japanese grappler. He dominated the Japanese World Champion on the feet, and was more than a match for him on the ground.

That composure helped him to a unanimous decision win, as he claimed his first career World Title to start a new era for the ONE strawweight division heading into 2019.

His first World Title defense comes at ONE: ETERNAL GLORY on 19 January in Jakarta, where he will look to solidify his status as the top strawweight in the world. He faces off against Shooto Strawweight World Champion Yosuke Saruta.

The man who will challenge Pacio for the ONE Strawweight World Title in Jakarta will do so riding a wave of confidence and form.

Saruta has won five of his last six contests since 2015. What’s more, his most recent outing saw him claim the scalp of former ONE Strawweight World Champion Alex “Little Rock” Silva on his ONE Championship debut.

Saruta exhibited a relentless wrestling and grappling approach that even Silva, a Brazilian Jiu-Jitsu World Champion, was unable to fully cope with.

Both men were confident in their stand-up skills, but it was Saruta whose striking proved more effective. His aggression also turned out to be the differentiating factor between the two well-matched opponents.

Saruta’s ability to push the pace for 15 minutes, coupled with his excellent all-round mixed martial arts game, saw him claim the unanimous decision win, and immediately catapulted him into World Title contention.

Will Priscilla’s superior striking be her ???? to victory on 19 January?

Will Priscilla’s superior striking be her ???? to victory on 19 January?Jakarta | 19 January | 6:00PM | LIVE and FREE on the ONE Super App: http://bit.ly/ONESuperApp | TV: Check local listings for global broadcast | Tickets: http://bit.ly/oneglory19

The most active athlete on the ONE Championship roster in 2018 was Indonesia’s Priscilla Hertati Lumban Gaol, who won an incredible five times over the course of the last 12 months.

Her most recent performance, against Angelie “D Explorer” Sabanal, saw “Thathie” once again prove her ability to dominate a contest from bell to bell, as she claimed a unanimous decision victory.

Lumban Gaol used her elite striking skills to keep Sabanal on the back foot for the majority of the contest, and even dropped her opponent in the opening round with a superb combination of punches, followed by a head kick.

That sequence established Lumban Gaol’s dominance, and she controlled the contest throughout the remaining two rounds to claim a clear decision victory.

After seeing Lumban Gaol’s performances in 2018, it’s easy to forget that she started the year without a career victory to her name after losing twice in 2017.

But “Thathie’s” progression in 2018 has seen her develop into one of the most exciting stars in ONE Championship’s women’s atomweight division, with her five wins pushing her ever closer to a shot at the gold.

Victory over Puja Tomar at ONE: ETERNAL GLORY in her hometown of Jakarta will only serve to push those claims even further. 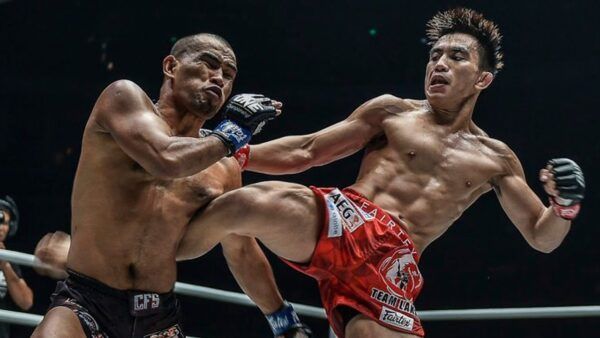 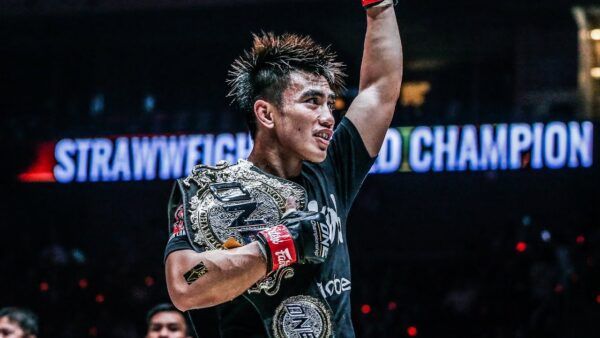