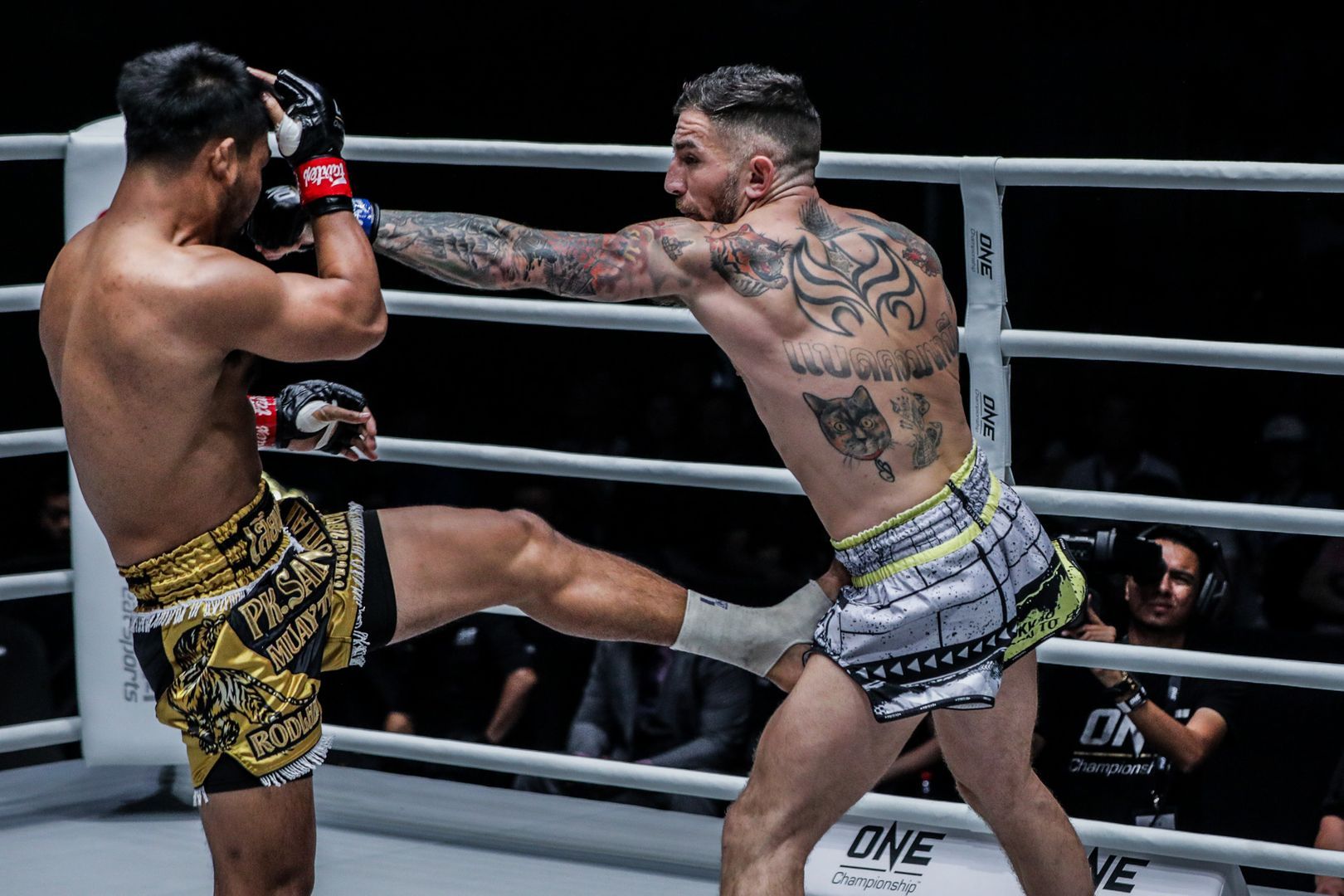 Liam Harrison has long been known as one of the most ruthless and aggressive strikers in all of combat sports.

Ahead of his bantamweight Muay Thai bout against Muangthai PK.Saenchai on 22 April, the British superstar took to Instagram and warned his rival to be prepared for a firefight at ONE: Eersel vs. Sadikovic.

In the short clip, Harrison is hitting the pads alongside his cousin and fellow multiple-time Muay Thai World Champion Andy Howson.

He also added this caption:

The video is a stark reminder that even at 36 years old, “Hitman” owns one of the most dangerous arsenals in the Muay Thai world.

He also unloads his trademark left kick – a potent weapon that’s powered him to some memorable victories in his two-decade career.

However, the British striker is a six-time Muay Thai World Champion in his own right and still hopes to earn a shot at reigning divisional king Nong-O Gaiyanghadao.

With that goal in mind, he’ll target his second straight win in ONE Championship after scoring a highlight-reel finish of Mohammed “Jordan Boy” Bin Mahmoud in his last Circle appearance.

Muangthai, meanwhile, is enjoying a three-match winning streak in ONE Super Series.

The 28-year-old dominated Panicos Yusuf, put on a striking clinic against Kenta Yamada, and then earned a hard-fought split decision over Algerian star Brice Delval.

Given the quality of his rival, Harrison will need a solid game plan to hand the Thai his first defeat on the global stage.

The clinical striker from Leeds must maintain his high-octane style while also connecting with powerful hooks or chopping leg kicks whenever he advances.

Of course, Muangthai will be prepared for that offense, which means Harrison might utilize some of his legendary tricks to create an opening.

Defense will also be a factor, as Muangthai is known for his mean hands and aggressive kicks. With that in mind, “Hitman” must ensure that he keeps his guard tight at all time.

The outcome of this matchup is very much up in doubt, but either way, fans should expect a fast-paced thriller at the Singapore Indoor Stadium.