This past March, Michael “The Voice” Schiavello sat ringside to call what was supposed to be the third and final meeting between Bibiano “The Flash” Fernandes and Kevin “The Silencer” Belingon at ONE: A NEW ERA in Tokyo, Japan.

The pair had already competed against each other twice, with the Brazilian submitting Belingon in their first encounter to retain the ONE Bantamweight World Title in January 2016, and “The Silencer” squeezing out a split-decision win in their second match-up to become the undisputed World Champion last November.

During their third bout at ONE: A NEW ERA, however, an inadvertent elbow from Belingon caught Fernandes on the back of the head in the second round. The referee disqualified the Filipino and awarded the gold back to “The Flash.”

ONE Championship Chairman and CEO Chatri Sityodtong immediately announced that the two bantamweights would go head-to-head for the fourth time, and that match has been set for ONE: CENTURY PART II in the Japanese capital this Sunday, 13 October.

“The greatest rivalry in ONE Championship history has its final chapter,” Schiavello says. “There must be a definitive winner here to decide who is the best bantamweight on the planet.”

Currently, the Australian sports commentator gives that accolade to the Brazilian.

“I believe that Kevin Belingon is a long way off from anyone recognizing him as the best bantamweight in history – Bibiano Fernandes is that,” he continues.

“But this is Belingon’s chance to cement his status as the world’s number one true bantamweight champion and get that belt back.”

It will not be easy for the Team Lakay representative, however. Because of the way their last match ended, Schiavello believes the Brazilian is looking to make a statement.

“[Fernandes] wants to show that he is not in the twilight of his career, that he doesn’t need to let down the curtain on his magnificent career,” the Aussie adds.

“He must show that against a young, hungry former World Champion in Kevin Belingon.”

Though both athletes have thrilling highlight-reel finishes, the 44-year-old does not anticipate this bout reaching an early conclusion. He expects this ONE Bantamweight World Title contest to end after five hard rounds.

“I see this one going the distance. I think these two are so well matched that I can’t separate them for a finish,” he explains.

“Strategically, what can you say about these two that hasn’t been said before? Both know each other inside out. They know all their tricks, all their strengths, and all their weaknesses.

“Belingon has got to apply pressure from the opening bell to the closing bell. He needs to apply five rounds of pressure where he could put volume on Fernandes, and try to make him look like the older man in this contest.”

Not only is Fernandes entering this bout as the defending ONE Bantamweight World Champion, but he is also the veteran, too.

The 39-year-old, who is one of the premier Brazilian Jiu-Jitsu black belt specialists in the promotion, has competed in mixed martial arts for 15 years – with most of that time at the elite level.

“Belingon’s going to know all the tricks that Fernandes can do on the ground, so Fernandes has to rely on his experience – that cunning, cagey craftiness of his,” Schiavello says.

There is something else “The Flash” has working in his favor – the setting of this tetralogy. He became famous in “The Land Of The Rising Sun” when he captured both the DREAM Featherweight and Bantamweight Titles earlier in his career.

“Fernandes in Japan is a whole different beast,” Schiavello explains. “That’s always been his spiritual martial arts home. That’s where he made his name, and he is not one to be a loser in Japan. He wants to be a big-time winner, and do so impressively.” 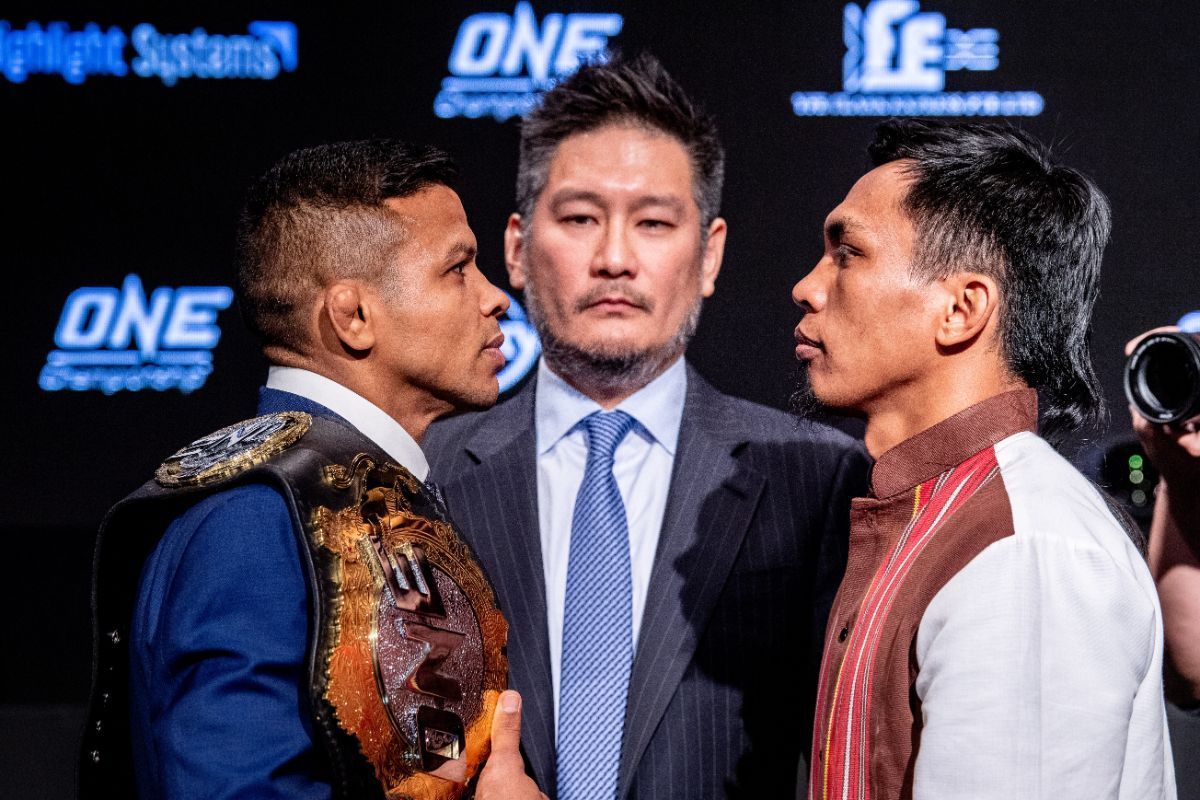 Schiavello does not see either athlete straying too far from their strengths on Sunday.

Ultimately, “The Voice” feels it will come down to Belingon’s striking prowess and Fernandes’ veteran expertise.

“Once again, it’s going to be this wushu striking of Belingon and the all-roundedness – particularly the ground game – of Fernandes,” he says.

“Can Belingon make Fernandes look like an old man in this contest? Or does the older man’s craftiness and experience of having seen absolutely everything in over a decade of competing at the highest level prevail for Bibiano Fernandes?”