Undefeated strawweight contender Tiffany “No Chill” Teo has ONE Championship gold in her sights, and is well placed to claim it.

On Friday, 24 November, in front of a packed hometown crowd at the Singapore Indoor Stadium, Teo defeated India’s Puja Tomar at ONE: IMMORTAL PURSUIT via armbar in the first round.

Teo was obviously fired up with the hometown crowd behind her, but she showed a lot of early patience when Tomar tried to fire off a big overhand right. The Indian martial artist, however, struggled to close the distance against her much taller opponent

“No Chill” spent the majority of the opening stanza stalking Tomar around the cage, but it was not until there was less than two minutes remaining where she finally unleashed her arsenal. Teo attempted a head kick, leading to wild exchange on the feet before taking Tomar to the ground.

Once she was on the mat, Teo was in her element as she transitioned seamlessly from one submission attempt to the next until finally finding an opening for an armbar. She quickly latched onto the arm, dropped to her back, and extended the hips, which left Tomar with nowhere to go. The Indian was forced to tap out at 4:07 in the first round. 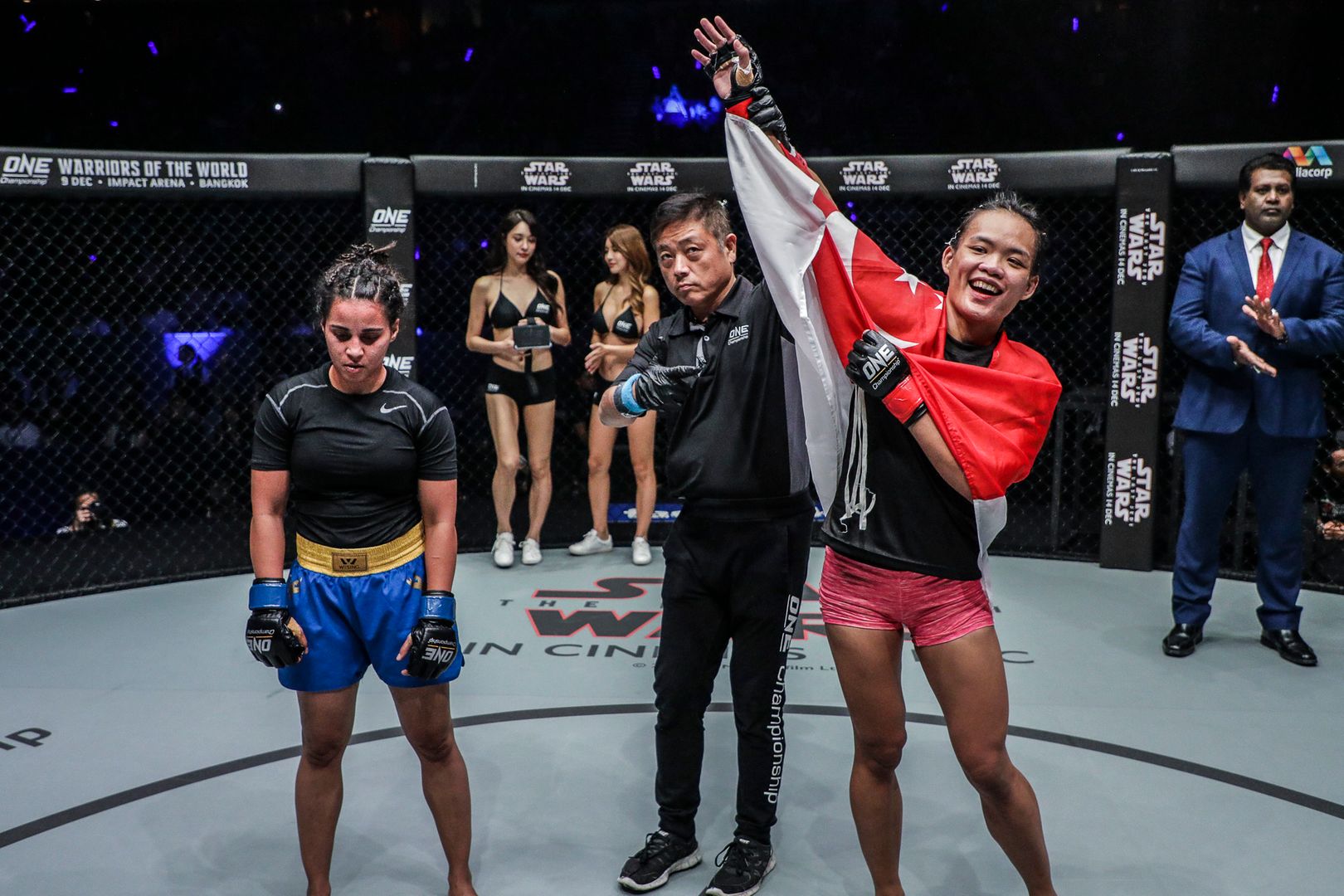 “No Chill” remains undefeated, and following the win, made it clear that she wants a chance to finally become a ONE World Champion.

“I want a shot at the strawweight title,” Teo said. “I hope my next bout will be for the title.”

It was another outstanding performance from Teo, who moved to 7-0 with the victory, and puts herself into a perfect position to challenge for the inaugural ONE Women’s Strawweight World Title in 2018.