Tatsumitsu “The Sweeper” Wada (20-9-2, 1 NC) has quickly positioned himself as a threat in the flyweight division, but a win in his next match could see him surge toward the top of the weight class.

He lines up against Danny “The King” Kingad (11-1) at ONE: HERO’S ASCENT on Friday, 25 January in Manila, Philippines and a win against the red-hot Team Lakay product will see his reputation soar.

The DEEP Flyweight World Champion entered The Home Of Martial Arts in July, and immediately showed he was a force to be reckoned with.

Will Japanese warrior Tatsumitsu Wada take out "The King" on 25 February?

At ONE: BATTLE FOR THE HEAVENS, he showed no fear against Reece “Lightning” McLaren, but fell just short of victory when his opponent had his hand raised by the narrowest of margins – a razor-thin split decision after three rounds.

“In my debut match, I didn’t have enough experience of fighting in ONE, like how to use break time well,” he says.

“I’ve been learning about it. I want to fight without those mistakes next time.”

He had no need to worry about the round breaks against Eugene Toquero when he returned at ONE: WARRIOR’S DREAM in November, as he submitted the Filipino with a rear-naked choke after just 52 seconds.

Now riding nine victories in his last 10 contests, Wada is ready to take on Kingad in his home country at the Mall Of Asia Arena, and show he is one of the best flyweights in the world.

The 30-year-old from Tokyo, Japan recognizes the threat of his striking-savvy rival.

“Kingad’s striking is powerful. His body is strong like a bridge, and he has explosive power,” he says.

The 23-year-old Baguio City resident has another ace up his sleeve. Under coach Mark Sangiao, Team Lakay is thriving, and the gym currently hosts four ONE World Champions, including flyweight kingpin Geje “Gravity” Eustaquio, who will defend his belt in the night’s main event.

However, Japan has been home to countless talented mixed martial artists for decades, and “The Sweeper” warns that he will also be well-prepared thanks to his incalculable hours of training with teammates that push him to the limit.

“Kingad is a member of Team Lakay and practices with strong teammates every day. I also practice with strong fighters in Japan, so it’ll be a good match,” he adds.

Wada should be far from an underdog when he enters the cage, despite his opponent’s attributes. “The Sweeper” has 32 professional contests on his résumé compared to “The King’s” 12, and with 17 decisions in his career, he has far more competitive minutes on the clock.

His World Title win in DEEP also proves his ability to perform when the stakes are high and the pressure is on.

Now he is performing on the global stage for martial arts, he is also motivated to represent his nation and showcase its strength to the millions of viewers who will watch ONE: HERO’S ASCENT around the globe.

“I want to show the strong Japanese spirit to the world,” Wada offers.

“As a martial artist, I think ONE is a place that is worth fighting. Strong Japanese fighters can fight with strong fighters from all over the world.” 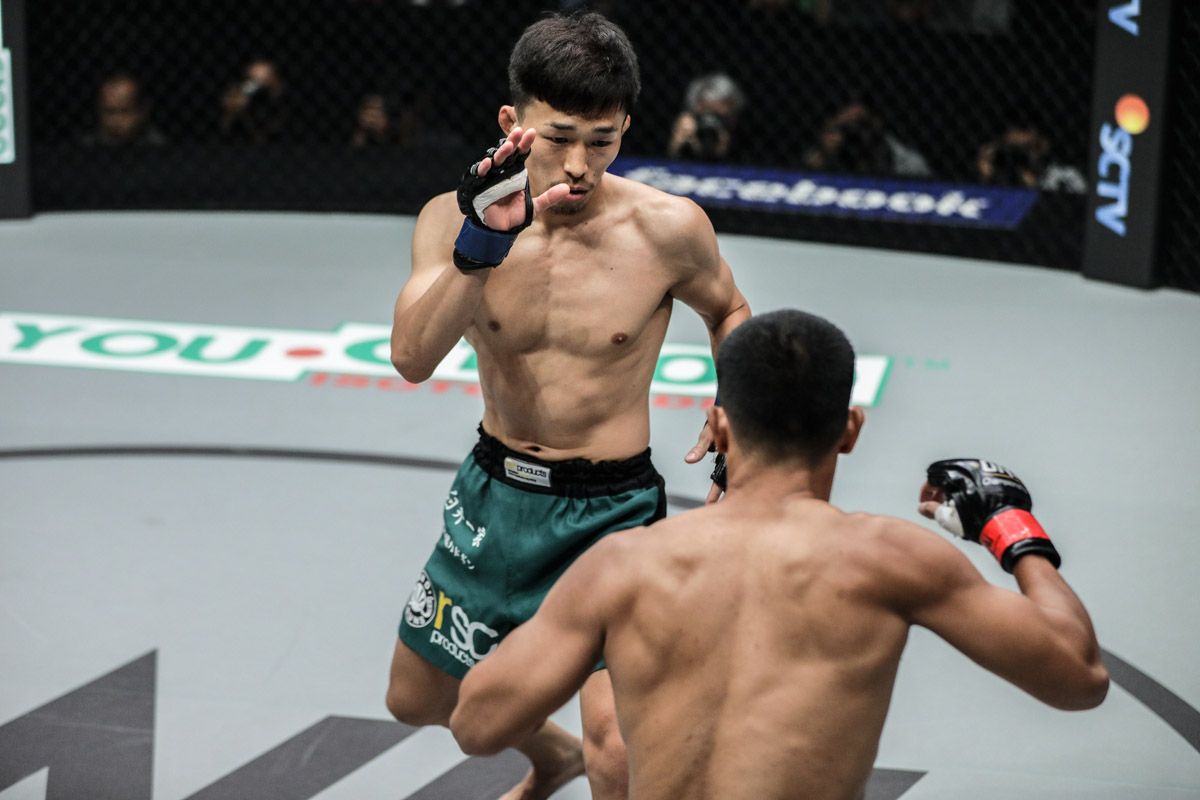 “The Sweeper” has big aspirations, and as ONE edges closer to its debut in Tokyo on 31 March at ONE: A NEW ERA, Wada is one of the competitors that are keen rebuild his nation’s reputation as a martial arts superpower.

A win over a former ONE Flyweight World Title challenger like Kingad will go a long way toward that, and Wada is confident he will do it in style.

“I’m going to beat Kingad with a KO or a decision,” he says.