Stergos “Greek Dynamite” Mikkios (19-9-2) is on the verge of making his second ONE Super Series appearance, and he must do something spectacular if he wants to leave the cage with his first promotional victory, and take another step towards his lofty career ambitions.

You be surprise what your mind is capable of making you do, the power of the self conscious mind is the most powerful…

The Muay Thai specialist will square off against local favorite Han Zi Hao (57-15) in a bantamweight contest at ONE: BEYOND THE HORIZON, which takes place at the Baoshan Arena in Shanghai, China, on Saturday, 8 September.

“[Han is] very well-rounded, he is a tough fighter, and he has a bright future,” the 28-year-old Greek observes.

“But he does not have what I have, and that is called heart. I have the warrior spirit, and nobody can take that away from me.”

Mikkios may have always possessed the warrior spirit, but three months ago, he received the necessary wakeup call he needed to take his career to another level.

I went to mountain Olympus and climbed close to 1200 meters I was introduced to waterfalls, cold waters. Awesome view and experience but my next journey on that mountain is to climb all the way to the top. If you come to Greece it should be your first destination. #litochoro #olympus #mountain #greece #greek #mothernature #nobetterplace #hellas #climb #waterfall #greekdynamite #muaythai #knee #photoshoot

In May, at ONE: GRIT & GLORY, he made his highly anticipated ONE Super Series debut against Lion Fight World Champion Ognjen Topic, but the match did not go his way.

The Serbia-born striker brilliantly imposed his strategy to defeat Mikkios via unanimous decision in a three-round thriller.

“Greek Dynamite” may have lost the battle, but he has treated it as a valuable learning experience. The match taught him about the importance of sticking to the game plan.

“He took the win clearly, but I did not play my game,” Mikkios says of Topic.  “I believe that if I was playing my game and being myself, I could have had a win.”

Also, the Greek warrior realized he needed to drastically change the way he trains if he hopes to evolve as a martial artist.

Mikkios permanently relocated from his beloved homeland to the nearby Mediterranean island of Cyprus, where he has access to better coaches.

“I have been training really hard, and I have been working on my technique, but it is not enough for me to improve as much as I want,” he confesses.

“As much as I love my country and staying here, there is no future for me here. I need to move forward, and surround myself with the right people, so that is what I am doing.’

Furthermore, the bantamweight warrior is maximizing his potential by splitting his time training with Sityodtong Pattaya in Thailand.

“I have a really good partnership with [Sityodtong Pattaya] that I believe can put me on the next level, because they have such great trainers and great sparring partners there,” he says. “I know that I am going to do well with them.”

By making these necessary moves, Mikkios believes he has set himself up for future success. He could reap the immediate benefits of these moves as early as 8 September, when he meets Han at ONE: BEYOND THE HORIZON. 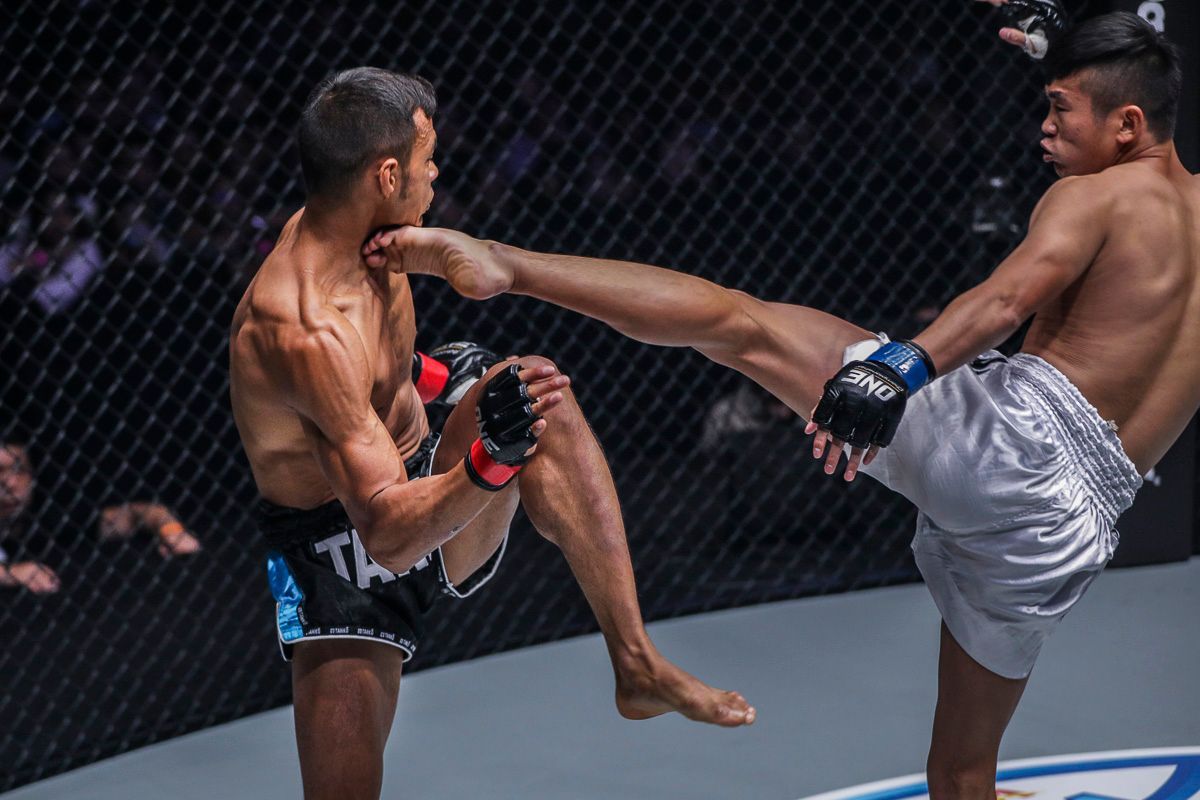 Like his globetrotting opponent, Han is highly motivated to get into the win column.

The Chinese athlete is coming off a competitive three-round decision loss at ONE: REIGN OF KINGS in July, where he nearly turned the tide against his opponent Panicos Yusof late into the tilt.

Now, he will face Mikkios in a ONE Super Series Muay Thai contest that has the potential to be the “Bout Of The Night.”

“I know he puts the pressure on his opponents, just like I do, so I think this is going to be a very, very entertaining fight,” the Greek states.

“We both bang, and we both like to exchange dynamite. I believe this fight is going to be exciting.” 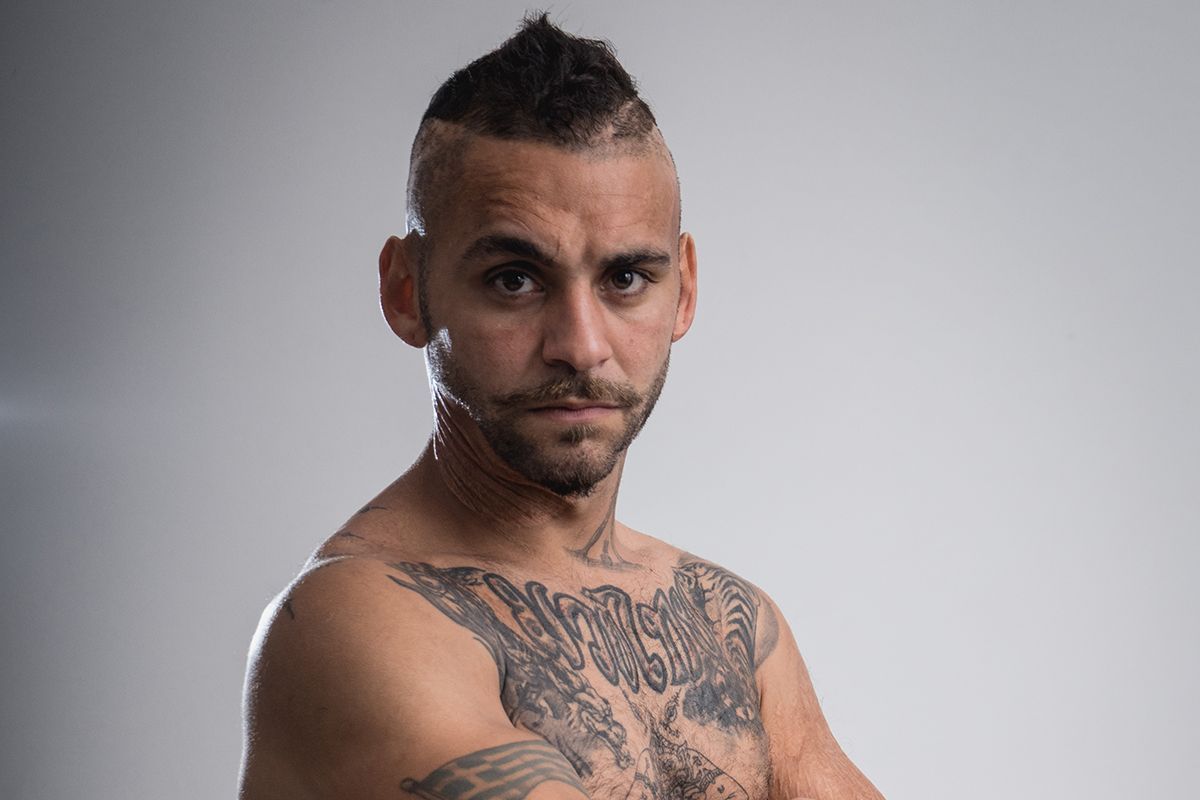 However, “Greek Dynamite” feels like all the pressure is on him.

The event is taking place in Han’s native China, where the local crowd will undoubtedly cheer for their hero. So in an effort to nullify the crowd, and keep the result out of the judges’ hands, Mikkios plans to put forth the performance of a lifetime.

“I’ve really got to put my A-game on,” he explains.

“I’ve really got to bring it to this guy, because I know that I am not going to win by decision. I am just going to go out there, and give him some really hard hands and throw more kicks this time.

For Mikkios, he views this bout as a springboard to bigger and better opportunities.

He has a grand vision of making the transition to the all-encompassing world of mixed martial arts sometime next year, all while continuing to challenge the world’s best strikers in ONE Super Series.

“In 2019, I want to make my pro debut as a mixed martial arts fighter,” he proclaims.

However, in order to do that, he must win at ONE: BEYOND THE HORIZON. That is the starting point to accomplishing all of his goals.