ONE Atomweight Muay Thai World Champion Stamp Fairtex will continue her quest for three-sport glory this Friday, 31 July, but she will have to topple an undefeated compatriot to take the next step.

The 22-year-old is scheduled to square off against teenage sensation Sunisa “Thunderstorm” Srisen in a mixed martial arts clash at ONE: NO SURRENDER in Bangkok, Thailand.

Stamp is quite familiar with her younger foe. The two athletes even practiced together at the Fairtex Training Center in Pattaya just before this match-up was announced.

“I do know her. She was doing mixed martial arts while I did kickboxing. Then, she asked to be trained here at Fairtex,” the Rayong province native says.

“I helped teach her some mixed martial arts tricks. But then, we knew we would have a match. She asked to go train at another boxing school so we both could feel less awkward.”

Since that time, the Thai superstar has watched Srisen’s videos and studied her skills closely.

That research will be much-needed on event night, as the 19-year-old Chonburi-based athlete has been flawless so far in her mixed martial arts career.

In June 2016, Srisen made her debut in Thailand’s Full Metal Dojo promotion, defeating ONE Championship veteran Audreylaura “Ice Comet” Boniface via second-round TKO. She followed that up with two more stoppage victories – submitting Wilasinee “Infinity” Komhom in February 2017 and knocking out Phunsasorn “Koy” Thanuthong that November.

“She’s very determined,” Stamp adds of Srisen. “I can see she’s good at judo. Her strength is her judo, and also her stamina and durability.”

Of course, the Fairtex representative has also displayed phenomenal skills while proving herself to be the premier female striker in The Home Of Martial Arts.

Following a 19-second head kick knockout victory in her mixed martial arts debut at ONE Warrior Series 2 in July 2018, Stamp chased gold in the promotion’s all-striking branch, ONE Super Series.

Then in August 2019, the Fairtex representative returned to mixed martial arts, where she’s displayed her all-around skills and earned three consecutive wins – including her most recent first-round TKO victory over India’s Puja “The Cyclone” Tomar this past January.

Though Stamp believes she has the advantage over Srisen in the stand-up department, she also intends to showcase more of her grappling in Friday’s clash.

“I think in this match, I’ll be able to do mixed martial arts [techniques] by taking her down and using my ground game as much as possible,” the atomweight division’s reigning Muay Thai queen says.

“I’ve been practicing taking down an opponent and submissions. Now I’m working on armbars, chokes, triangle chokes, and so on.”

With those new techniques in her arsenal, it appears the Fairtex representative is ready to take the next step on her journey to “Unstoppable” Angela Lee’s ONE Women’s Atomweight World Title.

But before she steps in the Circle at ONE: NO SURRENDER, Stamp has a simple message for Srisen.

“Keep practicing and do your best,” she says. “I’m also doing my best, and I’ll see you there.” 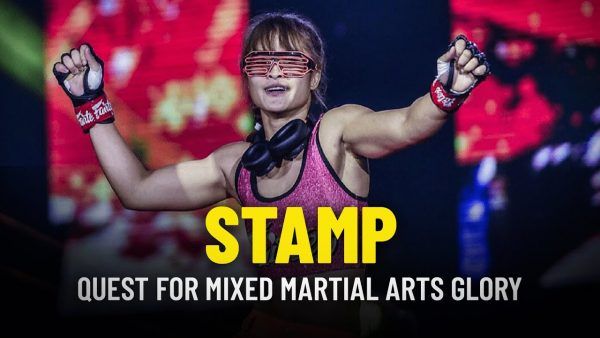 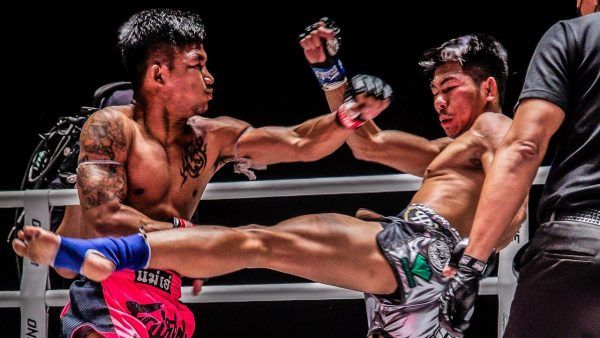