Shannon “OneShin” Wiratchai is about to engage is the most important fight of his young career. On Saturday Night, 11 March, the Thai mixed martial arts pioneer will take on Filipino lightweight Richard “Notorious” Corminal at ONE: WARRIOR KINGDOM.

The event features a stacked lineup of action at the Impact Arena, topped by a ONE Women’s Atomweight World Championship bout between Angela Lee and Jenny Huang. Wiratchai’s forthcoming bout, in particular, has been one of the contests that has piqued the interest of fans.

Pushing the connotations of the fight much further than just Shannon’s career is the fact that it is to be held in Bangkok, Thailand. It is a country world-renowned for its combat sports heritage, but one in which stars like Wiratchai need to shine in order to build the fanbase for the burgeoning sport of MMA in the country. That will not be easy with an opponent the caliber of Corminal.

Years before he had the eyes of a nation on him, Wiratchai got into martial arts in a less conventional way for a young man in Thailand. He substituted the usual route of Muay Thai to enter judo, something which his parents found more palatable than the the ‘art of eight limbs.’ 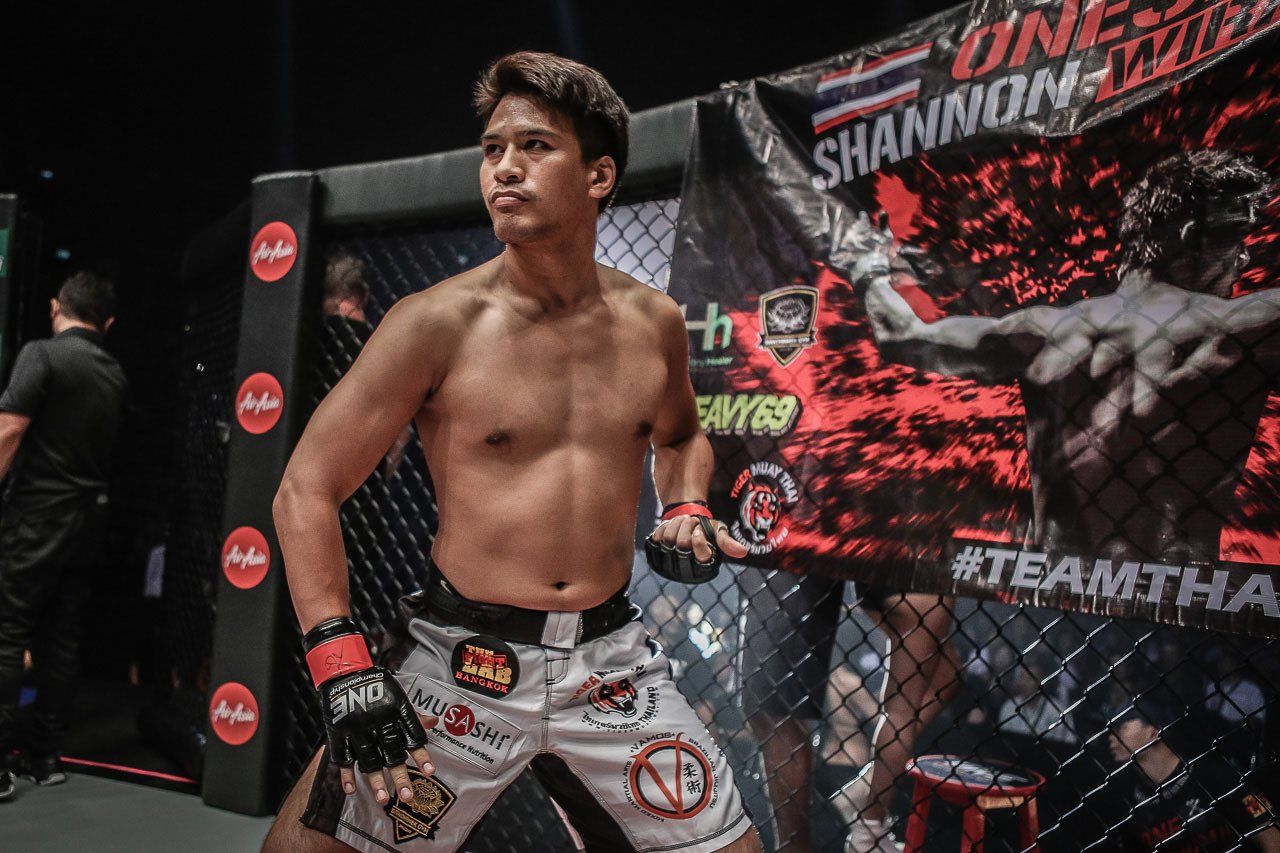 “I wanted to train in Muay Thai, but for me and middle-class people in Thailand, it was seen as an intense sport, and too scary,” he reveals. “So I started with judo, and from there it made me get used to combat sports, takedowns, and throwing techniques. I kept doing judo until I got into high school, where I started kung fu, and that is how I got into MMA.”

Some families might push their young men into combat as another avenue to make money, especially in a country where many live in humble households. By contrast, Wiratchai came from a family of medical professionals, without the need for him to fight to help put food on the table.

In fact, he was discouraged from the fighting arts, because his parents recognized the inherent risks. Nevertheless, he would not be deterred. Just as it wins him fans in the fight game, it was his cerebral approach to the sport that finally brought his parents around.

“They were very upset and worried,” he says of the moment he revealed his plans to compete in MMA. “Once, I was cut, and my dad helped me with the stitches. They did not want to see me get a worse injury.

“I think it took me more than five years to educate them, and come around to the fact that it can look scary and there can be injuries, but if you fight in the right way with the right organization that has safety in mind, that MMA is the safest combat sport.”

With the support of those closest to him, the Bangkok native engaged himself in rigorous cross-training and made his professional debut in 2011. Not long after, and with a clean slate of 2-0, he signed with ONE Championship, and has been impressing matchmakers ever since.

Despite a shaky start, a pair of matches consisting of one loss and a victory overturned to a no contest, his skills and entertainment value were never to be denied. 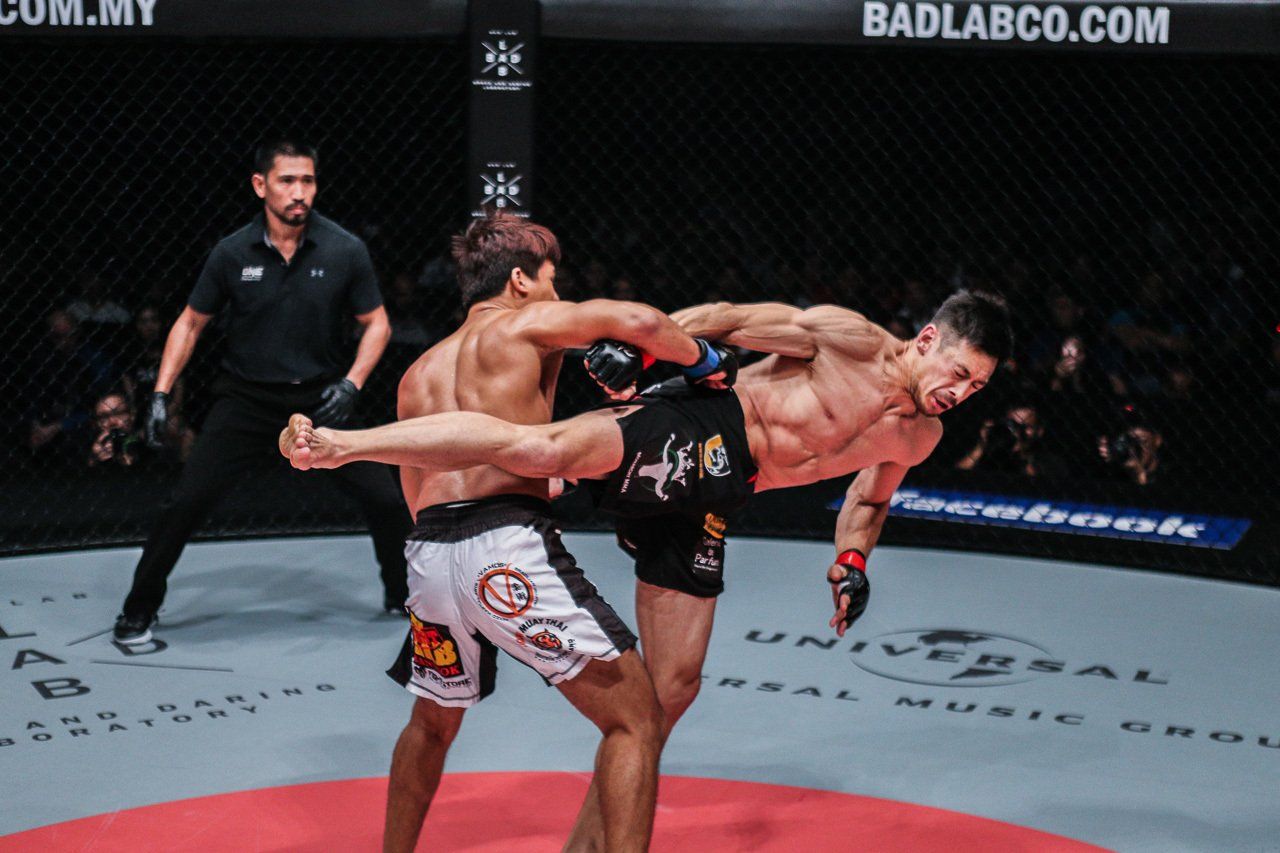 Since the decision loss to Bashir Ahmad in 2013, still his only defeat to date, Wiratchai has added four consecutive wins to his record, and has become one of the featherweight division’s top prospects. When he faces Malaysian-based Filipino Richard Corminal, a convincing win could see him elevated amongst the division’s elite. The Thai knows he has to perform to take the short taxi ride home with the victory.

“He is a good striker with power. It is going to be fun, because I never start my fights with grappling,” says Wiratchai. “I start with striking and see how it goes. I do not want to sound cocky, but I think I am better [than Corminal], and I will do everything to win the fight.”

It will not be the only bout of concern to Wiratchai either, as his long-term girlfriend Rika Ishige makes her professional MMA debut on the card. Whilst many might be flustered at the prospect, the laid back “OneShin” seems to be taking it all in his stride.

“That is going to be exciting. It will be my first fight even fighting on the same card as a teammate, and not just that, but my girlfriend. I hope she is going to win, and if she does I will be jumping up and down backstage,” he exclaims. “It might affect me mentally, but only for a short time, and after that I have to confer with my coach and team, and we will help each other to look at whatever result in a positive way.”

Though he undoubtedly wants to perform to the best of his ability against Corminal this weekend, he also has his sights set higher and his scope much wider.

Not only does success mean a lot to him personally, but he believes it is essential in helping to win over the hearts and minds of the Thai people, who have fighting so intrinsically linked with their culture, but have not yet taken to MMA in the same numbers as Muay Thai.

Obviously, with centuries of heritage, that will not be easy to do, but by showing class and quality with top promotions, it could help to bridge the gap, and show that the two can co-exist and even be mutually beneficial to each other.

“It is an opportunity for Thai people to see that MMA is a proper sport, a proper way of fighting. We are not just animals brought into the cage to kill each other. It is not like that. We use the cage to stop the fighters from falling out, and we have small gloves because we want to be able to use a larger variety of techniques. When I fight for ONE, Thai people will be educated more, and in a proper way.”

On Saturday Night, Wiratchai will be fighting for himself, his girlfriend and his team. He will also be fighting to change the minds of the naysayer, and help usher in a new era for Thai combat sports. The test in the cage is not easy, nor is the one outside of it, but he is confident that he is up to the task.