There is a new addition to the ONE Flyweight World Grand Prix.

On Sunday, 31 March, Pancrase Flyweight World Champion Senzo Ikeda will enter the tournament and face Danny “The King” Kingad in a quarter-final bout at ONE: A NEW ERA in Tokyo, Japan.

He replaces Bali MMA’s Andrew Leone, who was forced to withdraw due to injury.

Ikeda, who trains at the Paraestra Matsudo with former ONE Strawweight World Champion Yoshitaka “Nobita” Naito, is one of the most talented flyweight competitors in the Japanese mixed martial arts scene.

Since making his professional debut in December 2011, the boxing specialist has developed a well-rounded game and has proven to be a constant threat for every second of a match.

His career highlight came in August 2017, when he defeated his old rival Mamoru Yamaguchi via unanimous decision to claim the Pancrase Flyweight World Title.

After nearly being finished by Wakamatsu in the fourth round, the 36-year-old stormed back to earn a TKO stoppage victory halfway into the fifth and final stanza.

Now riding a four-bout win streak, Ikeda enters The Home Of Martial Arts with his biggest opportunity yet.

He makes his promotional debut against Kingad in the ONE Flyweight World Grand Prix and will have the support of his countrymen inside the Ryogoku Kokugikan.

This could be a memorable evening for the Sendai, Japan resident, who looks to prove to a global audience that he is the best flyweight martial artist on the planet. 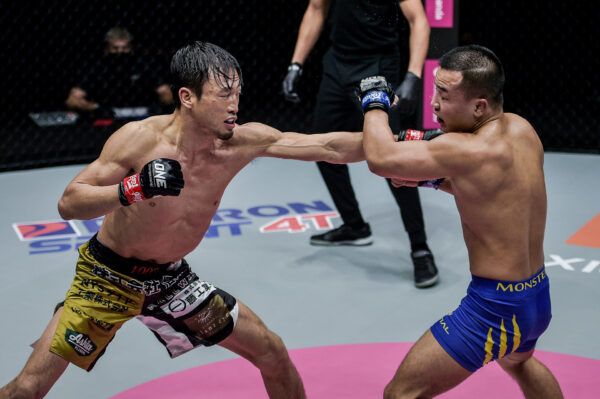