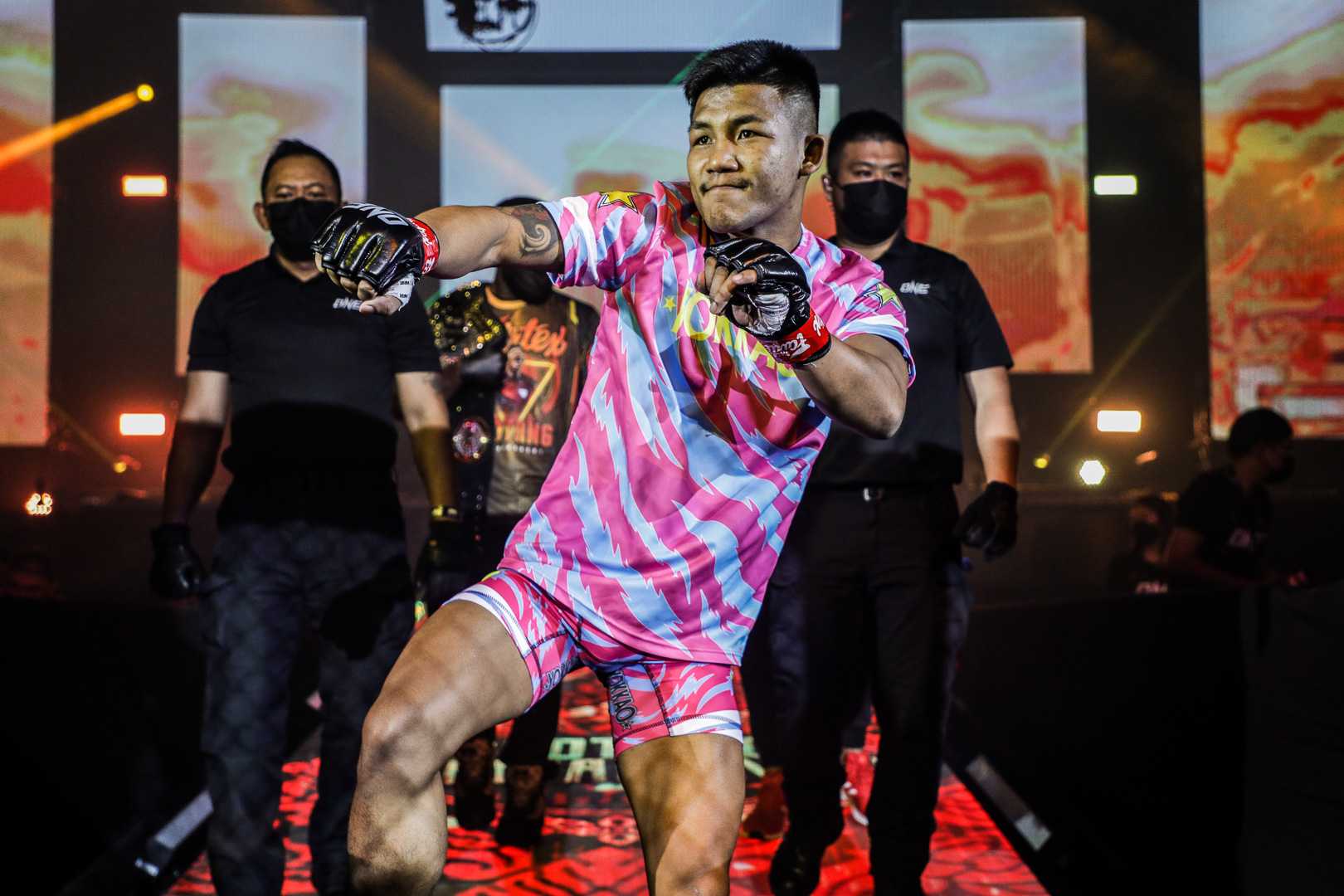 On Saturday, ONE Chairman and CEO Chatri Sityodtong announced the ONE Flyweight Muay Thai World Grand Prix, which will begin with the quarterfinal round on Friday, 20 May.

Like in previous ONE Championship World Grand Prix tournaments, eight of the best athletes in the sport will compete across three rounds for the coveted silver belt.

But in a unique twist, the newly revealed field features reigning ONE Flyweight Muay Thai World Champion Rodtang Jitmuangnon, as he aims for a second strap to complement his gold.

The first round of the ONE Flyweight Muay Thai World Grand Prix offers up some intriguing showdowns and a lot of talent.

Rodtang Jitmuangnon has become the biggest star in Muay Thai due to his aggressive style and entertaining antics. He’s ruled over the division since 2019, owns a flawless 10-0 record in ONE Super Series, and recently faced MMA GOAT Demetrious Johnson in a unique special rules super-fight at ONE X.

“The Iron Man” will begin his tournament run against British upstart Jacob Smith, who trains alongside his country’s top strikers, including Liam “Hitman” Harrison.

Top-ranked flyweight Muay Thai contender Jonathan Haggerty is 4-2 in ONE, with both losses coming in a pair of thrilling World Title battles against Rodtang. The former divisional king owns wins over a number of big names and dethroned Thai icon Sam-A Gaiyanghadao to claim the belt back in 2019.

“The General” is facing a tough quarterfinal bout versus #3-ranked flyweight kickboxer Walter Goncalves. The Brazilian banger famously dragged Rodtang through a five-round World Title clash that ended in a split decision and left many questions unanswered.

Second-ranked flyweight Muay Thai contender Superlek Kiatmoo9 holds a 4-1 record in ONE, with his only setback coming in a showdown against reigning flyweight kickboxing king Ilias Ennahachi. The Thai is known for his crafty counter kicks and will be a dangerous opponent for any man in the Grand Prix.

Michael has claimed the WBC and WMC Muay Thai World Titles and owns a stellar 41-4 career record in the sport. He’ll be aiming to bounce back after falling to Naito in his last promotional appearance.

Naseri has fought the best of the best in Thailand’s Muay Thai circuit. He went the distance with all-time great Saenchai and won the 140-pound Omnoi Stadium Muay Thai Title – a rare feat for non-Thais.

While the reigning divisional king often awaits a challenge from the tournament winner, the upcoming ONE Flyweight Muay Thai World Grand Pix will work a little differently.

Rodtang will compete alongside the seven other athletes, but his ONE Flyweight Muay Thai World Title won’t be on the line.

If the Thai is eliminated, the Grand Prix Champion will secure the tournament’s silver belt and earn a shot at Rodtang’s gold.

But if “The Iron Man” emerges victorious, he’ll become the ONE Flyweight Muay Thai World Grand Prix Champion in addition to his current status as the divisional king.

The 24-year-old has already defeated Haggerty and Goncalves, but both men are hungry for one more chance. Haggerty has long hoped for a trilogy with Rodtang, and he might just get it – either during the tournament or in a World Title challenge thereafter.

Goncalves fought Rodtang to a split decision that could’ve gone either way. Now, he’s on a mission to hand “The Iron Man” his first loss in ONE Super Series.

Plus, fans shouldn’t count out the rest of the field.

Superlek is a dangerous kicker who might have the right tools to counter Rodtang’s fierce punches, while Naito’s fast-paced kickboxing style could trouble the reigning titleholder.

Naseri may be a newcomer to ONE, but he’s competed at many of Thailand’s prestigious stadiums and has a wealth of experience. And of course, anything can happen on fight night.