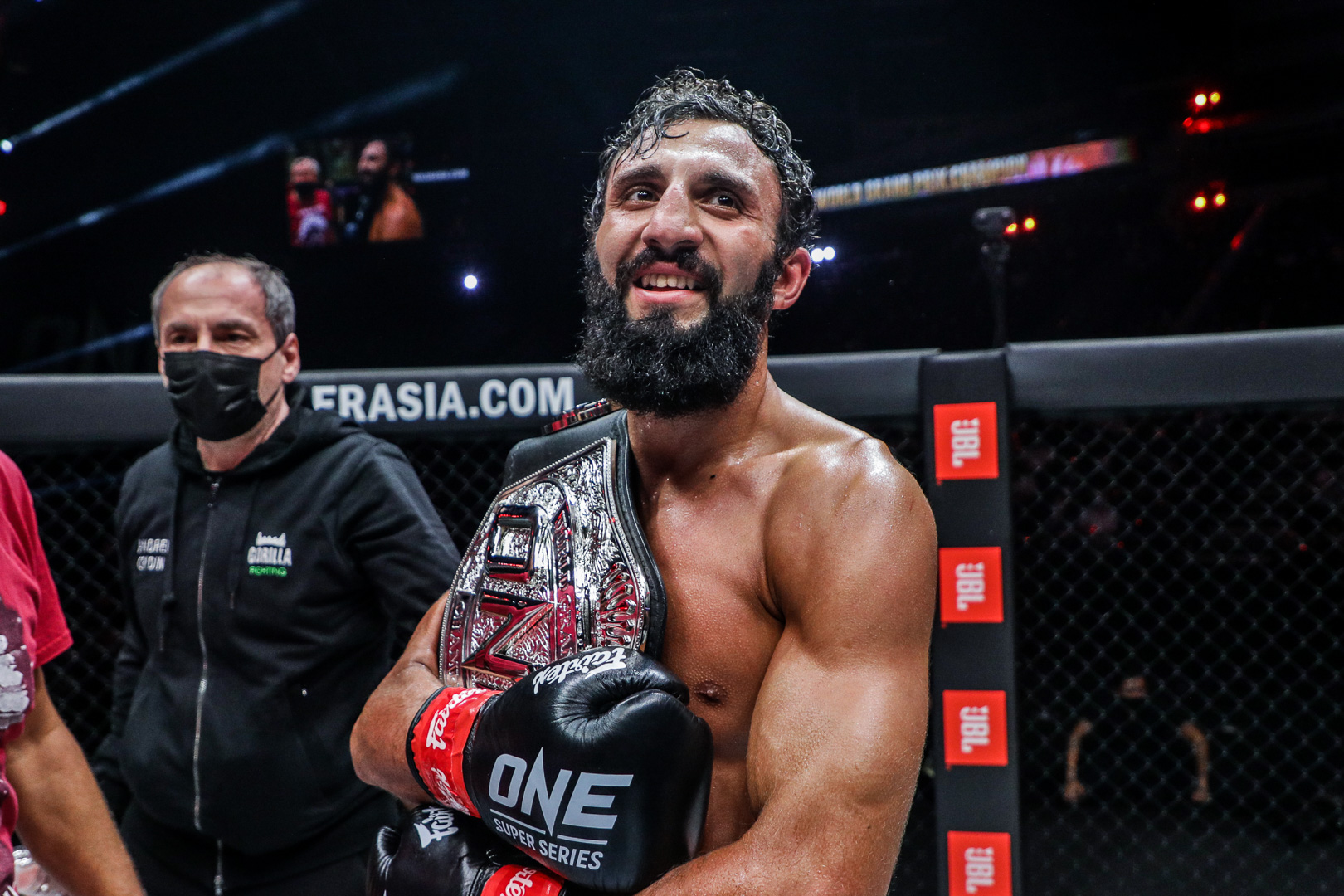 ONE Championship’s 10-year anniversary show kicked off with nine thrilling MMA, submission grappling, Muay Thai, and kickboxing bouts – and none of them disappointed.

At ONE X: Part I on Saturday, 26 March, the ONE Featherweight Kickboxing World Grand Prix Champion was crowned, four grapplers strutted their moves, and three US$50,000 performance bonuses were handed out.

In case you missed any of the action live, here’s what went down inside the Singapore Indoor Stadium during the first portion of the event.

“Chinga” fended off a determined Sitthichai as he went toe-to-toe with the Thai veteran from start to finish in the exciting three-round kickboxing showdown.

The victory not only won him the prestigious Grand Prix, but it also moved his combined striking record to 59-5 (1 NC).

Furthermore, it set him up as the next challenger to the ONE Featherweight Kickboxing World Title, which divisional king Superbon and #1-ranked Marat Grigorian will collide over later tonight at ONE X: Grand Finale.

De Ridder pushed the pace from the opening bell, but the Brazilian took control when the double-champ showed signs of fatigue late in the match. However, the Dutchman’s impressive defense allowed him to avoid Galvao’s slick submission attempts.

During the post-fight interview, De Ridder then invited Galvao to challenge for one of his World Titles under MMA rules. Whether that fight happens or not in the future remains to be seen.

Sinsamut Klinmee made the most of his ONE Super Series Muay Thai debut by knocking out legendary kickboxer Nieky “The Natural” Holzken at the 1:39 mark of round two.

The Thai lightweight connected with a jab to set up an overhand right, which sent the former Glory Kickboxing World Champion crashing to the canvas. Though Holzken returned to his feet, the referee decided he wasn’t able to continue and waved off the action.

The victory improved Sinsamut’s combined striking record to 79-16-3, placed him as one of the division’s top contenders, and earned him a US$50,000 performance bonus.

The match was hotly contested, but it came to a premature ending when Adiwang suffered a leg injury at the 2:56 mark of the second round, forcing referee Olivier Coste to stop the fight for good.

A win is a win for Miado though, as he improved his record to 11-4 and secured his third straight victory in the process. With it, he might have just punched a ticket into the strawweight rankings.

After 15 minutes of action, Stephen “The Sniper” Loman did more than enough to leave the Circle with a unanimous decision win.

At first, the cerebral pace of the bantamweight MMA contest allowed Loman and Shoko Sato to impede each other’s best offensive efforts. However, the Team Lakay star’s eventual aggression paid off when he landed a late takedown and followed up with ground-and-pound to seal the victory.

The well-earned win nudged the #3-ranked bantamweight contender’s record to 16-2 and kept him in the World Title hunt in a division loaded with red-hot challengers.

Khan Bounces Back To Nab Split Decision Over Takahashi

Both Amir Khan and Ryogo “Kaitai” Takahashi gave it everything they had in their featherweight MMA bout, but in the end, the local hero walked away with the split-decision victory.

Takahashi banked on his leg kicks while the Singaporean ace connected with elbows and knees throughout the first half of the contest. However, it was a late charge in the third round that sealed the win for Khan.

This victory pushed the former ONE Lightweight World Title challenger’s record to 14-8, marked a successful return to the featherweight division, and proved he is all the way back following ACL surgery last year.

Kang needed just one clean shot, and it came in the form of a booming right hook during a fiery exchange. The punch knocked out Elliott where he stood, forcing the referee to call off the action at the 58-second mark of the opening frame.

Kang’s sixth KO victory also earned him a US$50,000 performance bonus, and it’s undoubtedly kept him in the World Title hunt.

Kelly, Yamaguchi Battle To A Draw In Grappling Match

Kelly’s charge against the atomweight mainstay proved that she has a bright future on the global stage. Even though Yamaguchi showed a strong top game and good defense, Kelly controlled the bout with incredible scrambles and nonstop submission attempts.

Moreover, the American’s performance earned her the first US$50,000 performance bonus of ONE X.

In an all-Japanese strawweight mixed martial arts battle, veteran competitor Senzo Ikeda defeated Ryuto “Dragon Boy” Sawada by TKO at the 3:09 mark of the second round.

The Paraestra Matsudo representative blasted his opponent with a flurry of knee strikes after successfully defending a takedown, and the referee jumped in to stop the action. The victory put Ikeda on a three-fight winning streak and improved his record to 13-5-1.