Rodlek PK.Saenchaimuaythaigym was happy to move to 3-0 in ONE Super Series at ONE: FIRE & FURY, but he is more proud that he entertained the fans with another thrilling performance.

On Friday, 31 January, the Muay Thai slugger from Koh Samui defeated Scotland’s Chris Shaw in a bantamweight clash in Manila, Philippines, in an all-out, three-round battle.

The three-time World Champion in “the art of eight limbs” lived up to his reputation as an all-action athlete by using his aggression and power punching to overwhelm his rival in what was arguably the most exciting encounter on the card.

“I’m happy for myself – I didn’t just win, but fought hard for three full rounds,” says the man known as “The Steel Locomotive.”

“People like me and my style and I am proud of that. I’m proud of making it a fun fight for the fans to enjoy.”

Both men had success in the first round at the Mall Of Asia Arena as Shaw scored with his long, straight punches while Rodlek closed the distance and landed hard body shots. The Thai star wanted to get a feel for his rival before he really opened up, and says that the Scot earned his respect.

“My plan was to be really concise. I wanted to see what he had and if he was bringing anything big,” adds Rodlek.

“I think he wanted me to throw first so that he could counter. That is why the round was slow. He was long and lean, it was difficult to defend. I got hit twice with heavy punches, so I just wanted to wait that out first. I stayed tentative for the remainder of the round.”

Things really began to heat up in the second stanza as the Bangkok resident started to dial up the pressure. Shaw stood his ground and fired back, which brought the fans to the edge of their seats.

“I wanted to walk forward, hit hard and put on the pressure. I felt that after landing a few heavy shots it would make him hesitant to come in,” continues the 29-year-old.

“After the second, I felt I was in the lead. I was the aggressor, pushing the pace. He started to show he was tired.”

Rodlek continued to turn the screw in the final stanza and put an exclamation point on his performance with a late knockdown when he shook Shaw’s chin with a left hook.

It confirmed what the PK.Saenchaimuaythaigym athlete has presumed – he had the power and endurance advantage – and earned him the clear-cut unanimous decision victory. “When he hit me, I could take it. His shots weren’t affecting me,” he reveals.

“But when I was landing shots on him, I could tell I was hurting him more. He started to fade. After that, I was very confident and not afraid to trade.

“You can’t do it like round five in Thailand, where you just dance around and defend if you are in the lead. You need to keep walking forward, and keep the fight exciting for the fans. I felt it was already exciting, and wanted to keep up the momentum.”

The knockdown put the result beyond doubt for the 29-year-old, pushed his ONE Super Series record to 3-0, and gave him a strong claim to be the top contender at bantamweight.

However, a shot at the gold is not at the forefront of Rodlek’s mind because of everything he has been through in the past few months. This was his first bout since his mother’s death, which brought things into perspective for him. 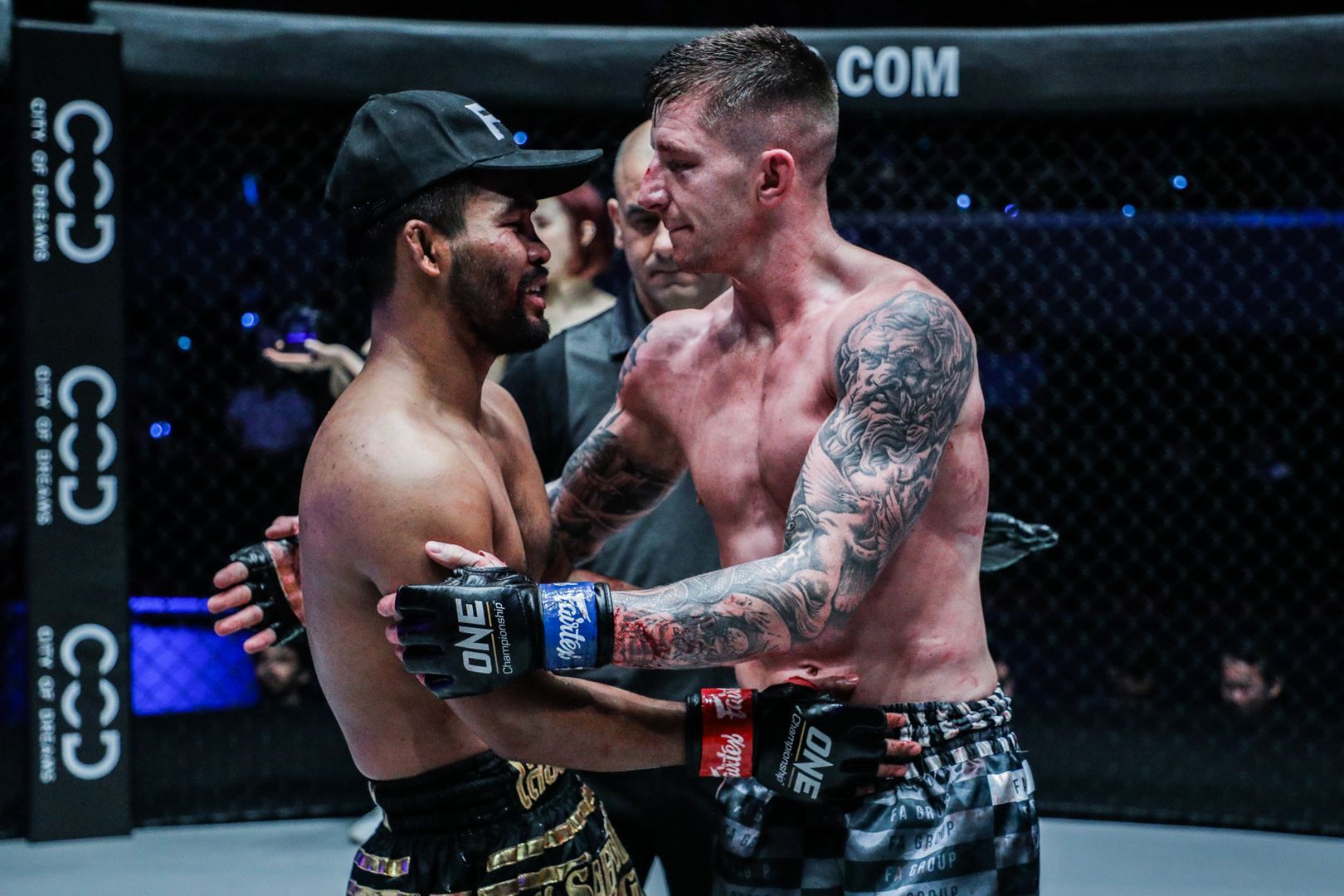 Challenging for the ONE Bantamweight Muay Thai World Championship would be great, but his main motivation to train hard and produce some of the gutsiest performances in martial arts is to provide for his family, and that is more important than ever.

“It is my duty to fight. Even with my mom gone, I still have to do my job and focus on Muay Thai,” Rodlek explains.

“After my mom passed away, I didn’t want to accept it, but over time, I had no choice but to accept it because no one lives forever. There wasn’t any effect on my performance or training. I’ve made my peace, and need to keep going for my dad.