Robin “The Ilonggo” Catalan has big plans in mind when it comes to his future in ONE Championship, but he hopes to attend to some unfinished business first.

The 29-year-old from Iloilo City, Philippines, is coming off a spectacular head-kick knockout win over Gustavo “El Gladiador” Balart at ONE: MASTERS OF FATE last November, and things are looking bright for the Catalan Fighting Systems product.

But before anything else, “The Ilonggo” is eyeing another shot at the inaugural ONE Strawweight World Champion, Dejdamrong Sor Amnuaysirichoke, who dealt him a second-round knockout loss at ONE: QUEST FOR GREATNESS back in August 2017.

“I can take on anyone right now because I am so excited to fight after this lockdown, but if I am to choose, I want to face Dejdamrong again,” he says.

“I think I didn’t fight to my potential against him. My preparation wasn’t sufficient, and it showed because he got the KO finish over me.”

That redemption wouldn’t just be for Robin. His older brother and coach, Rene “The Challenger” Catalan, has also fallen victim to Dejdamrong.

If “The Ilonggo” can settle the score, then he can focus on bigger things.

“I just want to finish that first,” he says. “In a sense, it’s also for our pride because Dejdamrong beat me and my brother in the past, so I just want to get that back.”

These days, Dejdamrong remains at the top of his game.

The 41-year-old Evolve representative, who is also a three-time Lumpinee Stadium Muay Thai World Champion, has won three of his last four bouts. Most recently, he scored a third-round TKO victory over Muhammad “The Spider” Imran at ONE: EDGE OF GREATNESS in November. 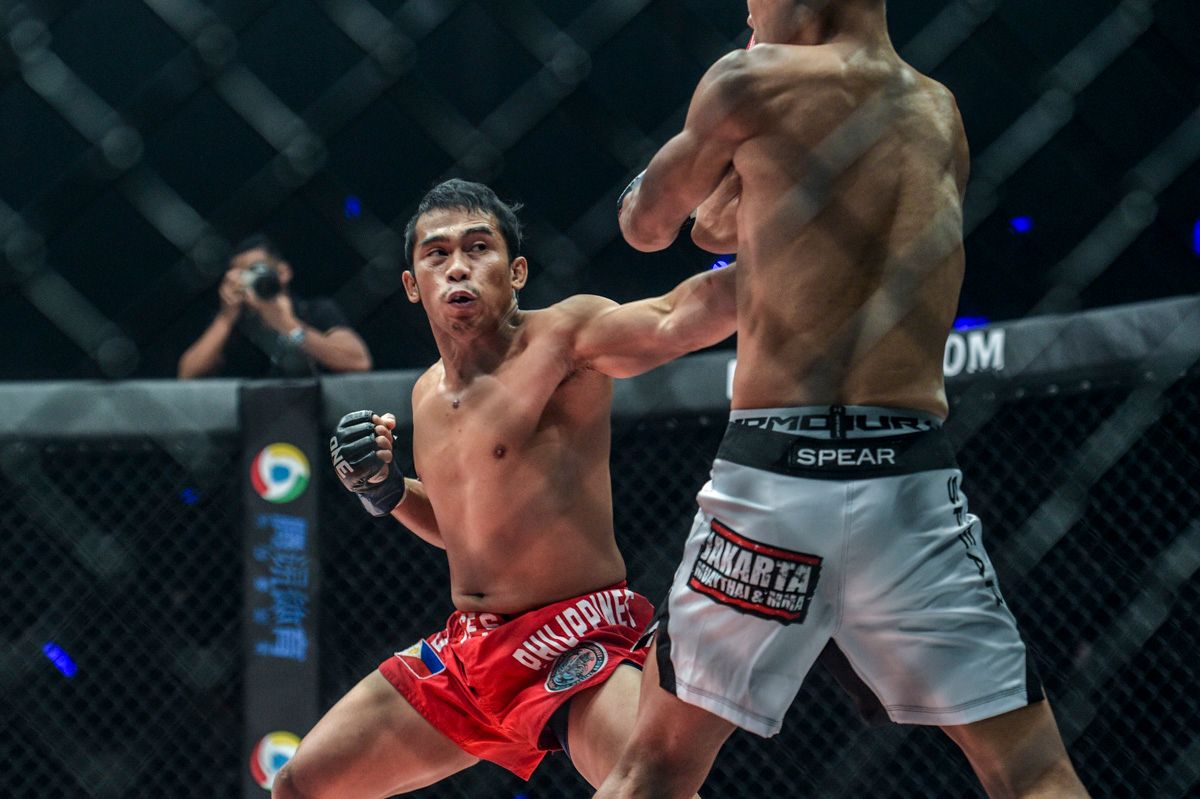 Catalan, however, is also in good form.

The Filipino mixed martial artist picked up two victories in 2019 – including one of the top Knockouts Of The Year over Balart and a hard-earned victory over Stefer Rahardian at ONE: ETERNAL GLORY in January – so his confidence is high.

A rematch between the two would have implications on ONE Championship’s Athlete Rankings and could put the winner among the top contenders at strawweight, so if “The Ilonggo” gets another match-up with the Singapore-based Thai, he promises to be prepared.

“I’ll certainly be ready. I have to work on my cardio and maybe improve on my wrestling a bit. Of course, I also have to polish my striking because we all know he’s a good striker,” Catalan says.

“You can expect a more explosive version of me in my return. Someone who is hungry and never satisfied.”

Read more: Why Robin Catalan’s Brother, Rene, Is His Hero