Robin “The Ilonggo” Catalan has had a few role models in his life, but arguably none have had a greater influence on him than his older brother, Rene “The Challenger” Catalan.

The 29-year-old from Manila, Philippines has looked up to his elder sibling since he was a child, and his admiration of him was the catalyst for the start of his success in martial arts.

Rene was not solely responsible for his brother’s interest in combat, however. During their upbringing in Santa Barbara, Iloilo, their late father – a former boxer who also practiced the Filipino discipline of Doce Pares – inspired eight of his 12 children to pursue careers in martial arts.

Though it was another brother that first formally trained “The Ilonggo,” it was Rene’s footsteps that he followed on a path that took him to represent his country alongside more of the Catalan clan.

“Rene was my idol even when he was just boxing,” he says.

“Later, Rene took up wushu and I followed suit. He became a World Champion, and it only made me admire him more. In my first wushu competition, I won gold in a national competition and earned a spot at the national team, where I joined Ruel and Rabin.”

Robin later focused on a new sport and became a national and IFMA Muay Thai World Champion in 2011, but switched focus once again when he followed his brother and moved to Manila when “The Challenger” established Catalan Fighting System (CFS) in 2012.

“He guided me to better decisions in life. He told me the heights I could reach in a martial arts career if I focused. If I stayed in the province, I’d probably be planting crops, doing construction and whatnot.”

The focus in their new home was mixed martial arts. This time, “The Ilonggo” was the trailblazer as he began his career in his new sport in August 2012.

However, “The Challenger” was the first representative of Catalan Fighting Systems to debut in ONE Championship when he appeared at ONE: KINGS & CHAMPIONS in April 2013.

Five wins as a professional gave Robin the chance to join his mentor on the global stage in 2016, but he had a frustrating debut when he was submitted by Alex “Little Rock” Silva in the first round.

Despite the disappointing result, he was not too discouraged. Rene had suffered the same fate against the same opponent in his first bout. “The Challenger” also remained winless in his next two contests, but he never stopped in his quest for success.

After that, he embarked on an incredible, six-bout winning streak that took him all the way to the biggest bout in Filipino mixed martial arts history – a ONE Strawweight World Title match against compatriot Joshua “The Passion” Pacio in the main event of ONE: MASTERS OF FATE last November.

The resilience and ability to rebound and start his winning run was a huge inspiration for Robin as he regrouped and claimed a victory against Jeremy “The Jaguar” Miado – his first of five in the world’s largest martial arts organization.

“He’s been an inspiration,” Robin says.

“People saw my brother as an old, washed-up fighter, and then he [went on] his win streak. I saw his dedication to win. His skill is still there, and he paired it up with veteran smarts.”

Outside the gym, the brothers are close and lean on each other for support, but they also still bicker about the smallest things. However, when the time comes to train, their relationship is strictly professional.

Inside the walls of CFS, there is no time for anything other than a complete focus on training if you are related to the head coach, but Robin does not mind that he is pushed harder than anyone. 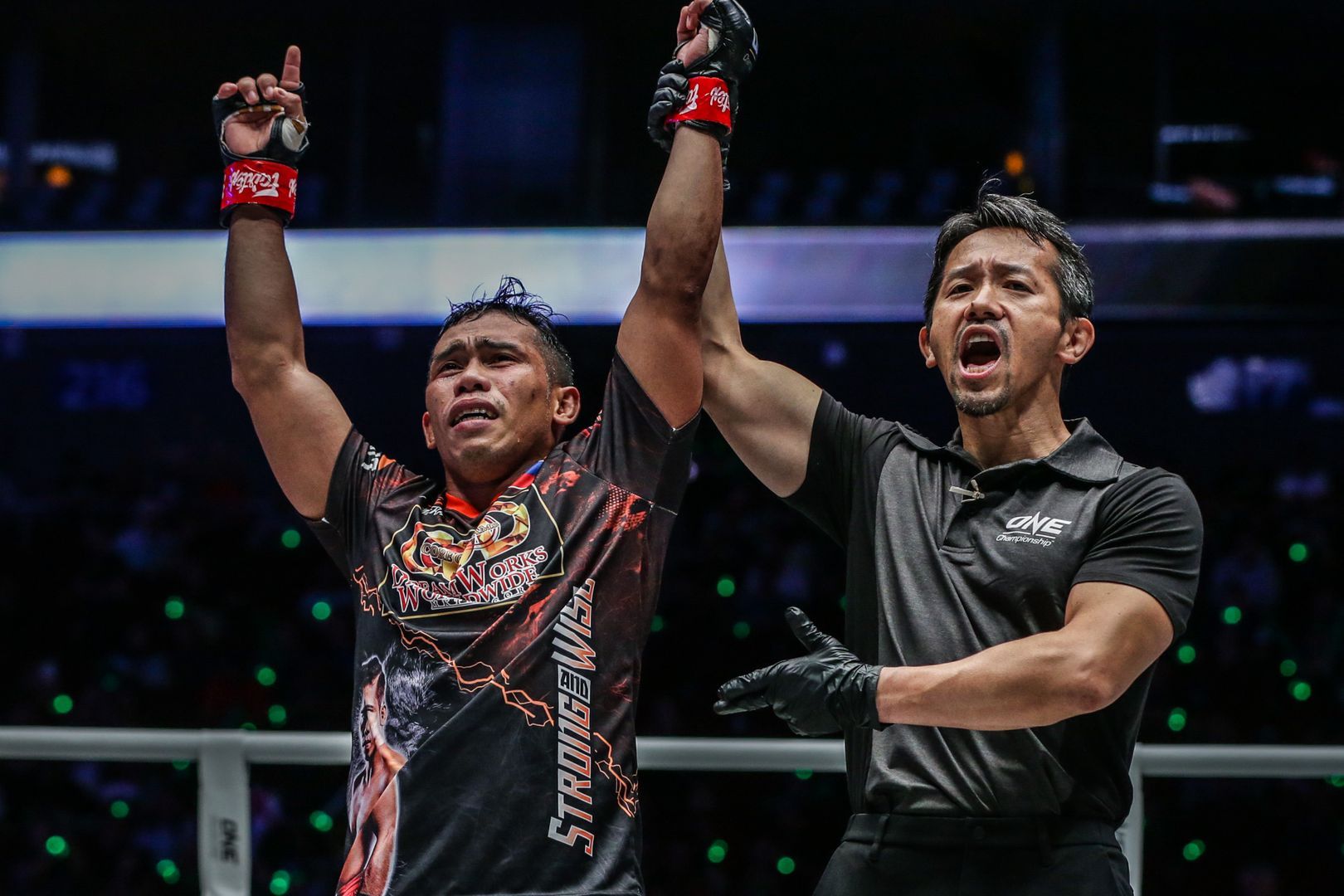 Although he might not explicitly say it, the way Rene makes Robin work himself into exhaustion is his way of showing his love for and belief in his younger brother.

“He pushes us to elevate our lives, which is why he wants us to train hard,” Robin adds.

“I’m the one that Rene pushes to prepare well because I’m younger than him. He uses me as an example to his students. He doesn’t tell me directly, but I learn from the students that he wants to push me hard and see me succeed more than anyone.”