Robin “The Ilongo” Catalan may be one of the most promising strawweights on ONE Championship’s stacked roster.

However, behind the 27-year-old Filipino’s success is an aura of perseverance, as he, along with his brothers, have overcome a childhood full of hardship.

Catalan, the eleventh of thirteen children, was raised in small home in Iloilo City, Philippines, and grew up under difficult circumstances.

“The house was made out of bamboo. There were three rooms, and we squeezed into where we could to sleep,” he recollects.

“Our mother was a snack vendor, while our father’s day job was a truck driver, and he actually was a driver of anything that could help earn money. He was really hardworking, and despite the difficulty of earning enough money, he was able to raise all of us properly.” 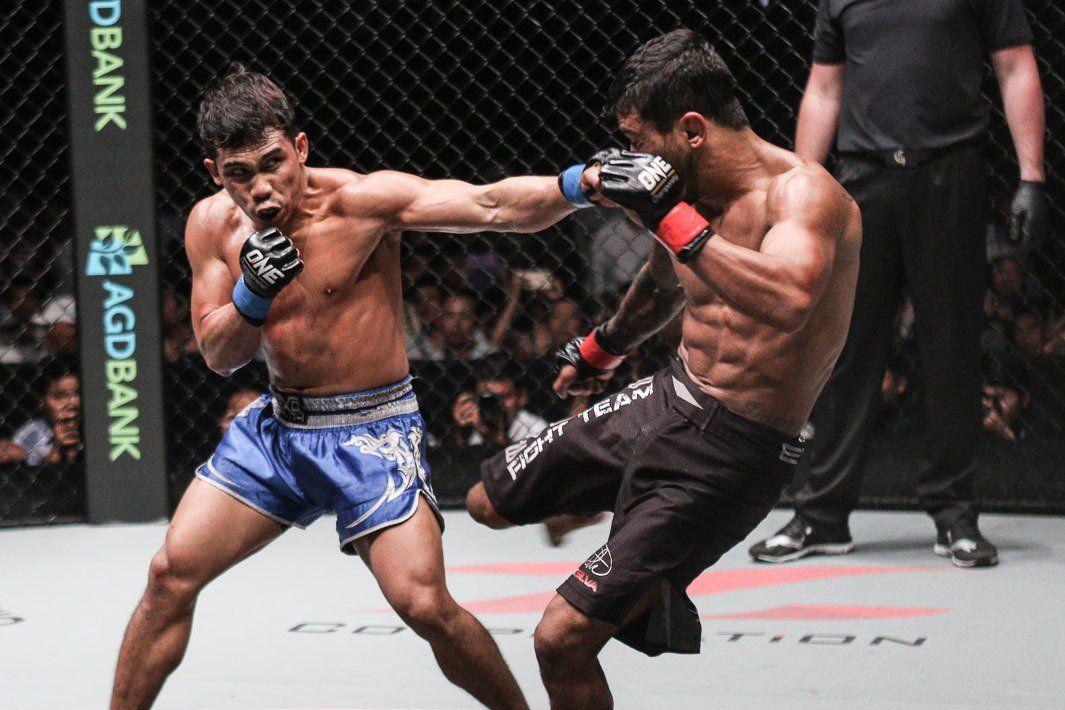 No matter how hard their parents worked, it was never enough, because of the sheer number of mouths they had to feed. Their financial situation got from bad to worse when tragedy struck in Catalan’s teenage years.

“My father had his first stroke when I was 14 or 15, after a day of driving a passenger tricycle,” the self-confessed daddy’s boy narrates. “After the attack, half of his body was paralyzed.”

With the patriarch unable to provide for the family financially, Catalan and the rest of his siblings needed to find ways to help with the expenses.

“We all helped out by taking jobs like harvesting rice and doing construction,” the strawweight explains. “We were studying at the time, so we just did jobs on the side when we did not have classes.”

Tragically, their father, Rodrigo, did not survive a second stroke a year later. Fortunately, Catalan’s father was a former boxer and Doce Pares practitioner, and he had the right idea in teaching his children how to box at an early age.

Inspired by the rise of Philippine boxing legend Rolando Navarrete in the early 80s, the Catalan patriarch taught his children martial arts, with the hope that it would lead them to better lives. It helped “The Ilongo” go back to school, with seven more of his brothers pursuing it as a career.

“Back in high school, I got a bit too involved with delinquent fraternities,” he admits. “I figured I would just focus on martial arts to turn away from that mess.”

With the guidance of his older brother Rene, Catalan started training after leaving school, and later joined his elder sibling as a member of the Philippine national wushu team. When his brothers left the team, Catalan earned a slot on the Muay Thai national team, where he became an IFMA Muay Thai world champion.

However, he would not stay with the squad for much longer. 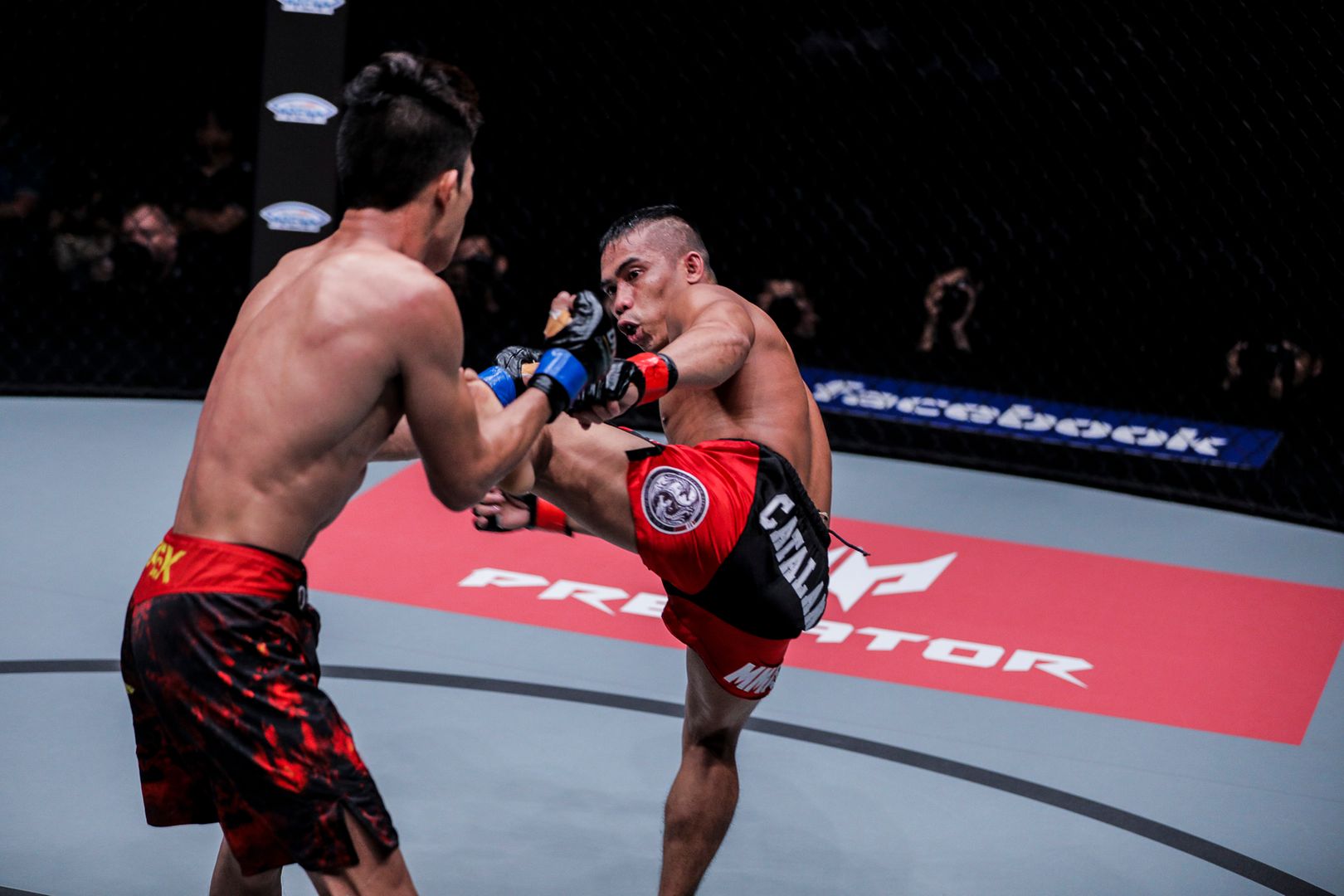 “I left the team once my brother established the Catalan Fighting Systems (CFS) where there are no messy politics, and we get to help aspiring martial artists, especially those who want to elevate their lives out of poverty,” he reveals.

“I believe that these trials are God’s way of teaching us how to keep our faith in him, and that we will get through those trials because of our faith.”

Now happily married and a father of two, Catalan continues his father’s legacy by sharing his martial arts skills and experiences to the students of CFS.

Also, he is demonstrating his skills inside the ONE cage, and will get an opportunity to once again showcase his talent on Saturday, 24 March.

Catalan is scheduled to meet Thai national wrestling champion Kritsada “Dream Man” Kongsrichai at ONE: IRON WILL, which emanates from his opponent’s home turf of Bangkok, Thailand. 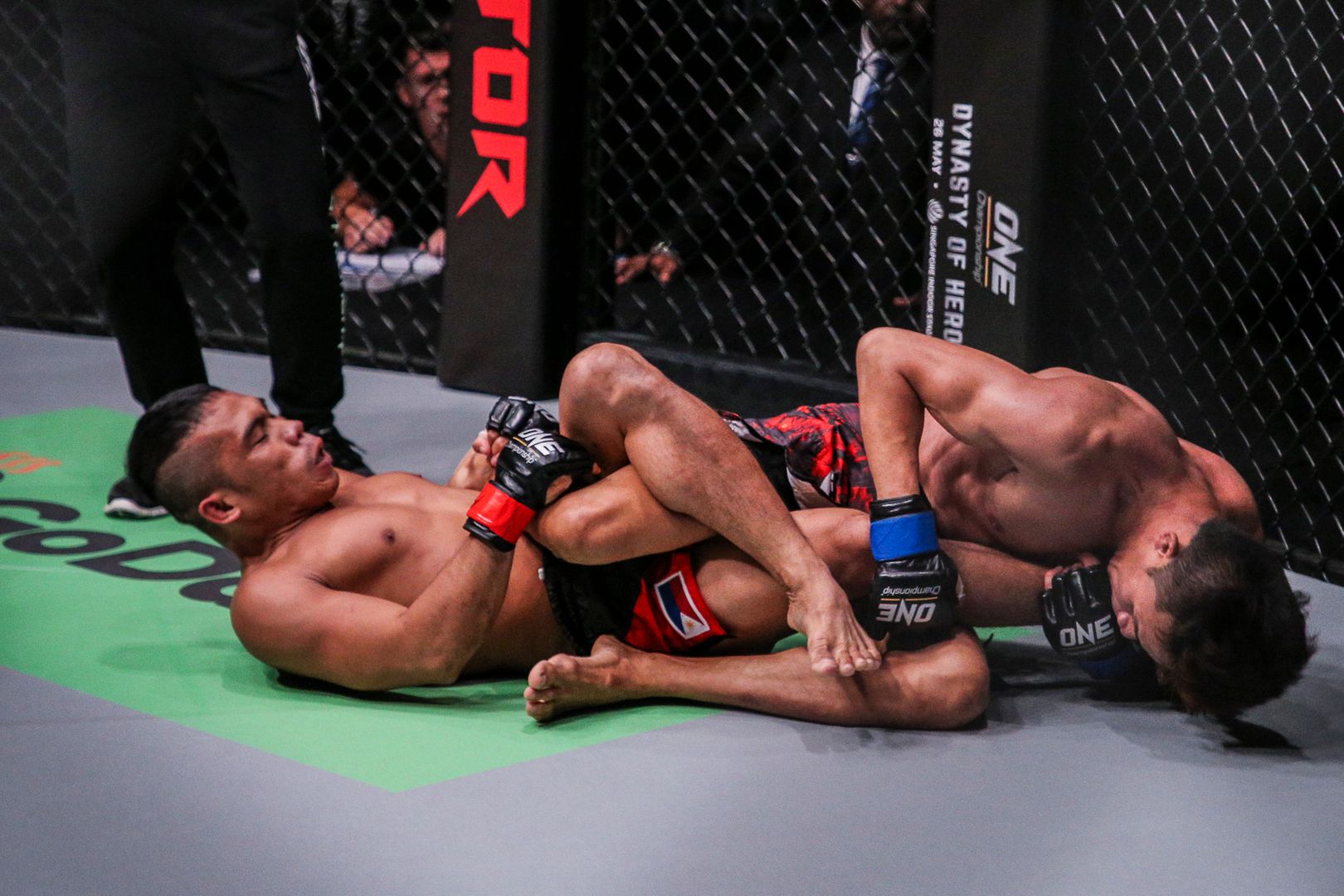 Unlike some of his previous opponents, Catalan has some added incentive in this strawweight match-up, as Kongsrichai defeated his brother, Rabin, last December at ONE: WARRIORS OF THE WORLD.

“The Ilongo” knows he is going up against a rising talent with impeccable grappling and powerful striking, but he is up for the challenge.

“I know that he is a strong opponent, and I will do everything in my power to try and beat him,” Catalan says. “This will be a good match because win or lose, I am going to give it everything I’ve got, and more.”

With that attitude and commitment to his craft, there is no doubt Catalan has already made his father proud.