Robin “The Ilonggo” Catalan has no fear about taking on one of ONE Championship’s most elite grapplers at ONE: MASTERS OF FATE.

The Filipino hero may be an IFMA Muay Thai World Champion, but he has shown many times that his ground game has evolved to be just as good as his stand-up.

However, it will have to be honed to perfection to stop takedowns from Greco-Roman wrestling Olympian Gustavo “El Gladiador” Balart in Manila. 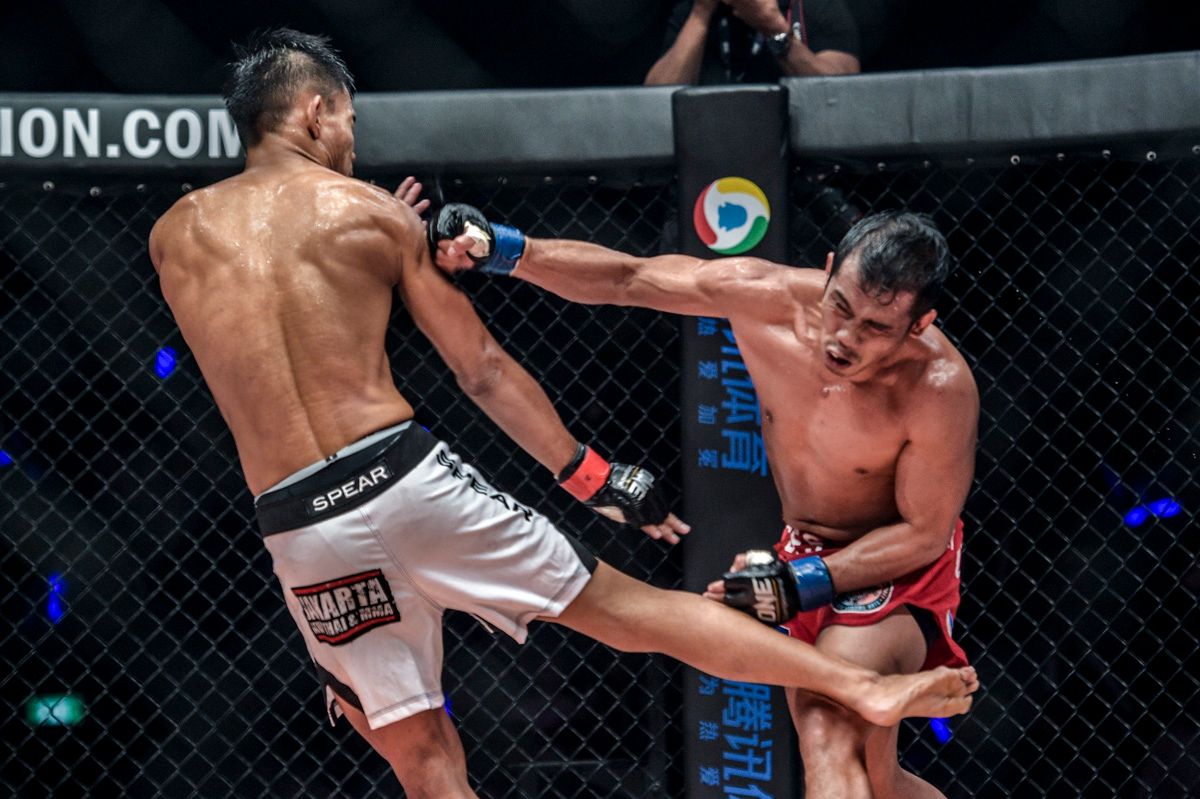 The 29-year-old is confident that it will be after his last few months of hard work at the Catalan Fighting System gym, and he believes he can give his hometown crowd a famous win next Friday, 8 November.

“I’m really excited for this match. This is where I will prove that I have improved, especially on the ground,” he says.

“We all know about the quality of his wrestling, but I am confident in my skills.”

As well as his history at the very highest level of his sport, Catalan’s Cuban rival is also a three-time Pan American Greco-Roman Wrestling Champion, and has translated those skills to the mixed martial arts arena to claim eight wins as a professional.

He is yet to get his hand raised in the world’s largest martial arts organization, but he has been at a significant size disadvantage in his two bouts so far.

Now, he has dropped down a division, and “The Ilonggo” expects Balart to be a powerhouse at strawweight, so he has formulated a game plan to stay away from danger and play to his own strengths.

“I expect him to be really physically strong,” the 29-year-old says.

“I know he’s done a lot in his career and I’ll have my hands full, but I’ve been training hard on my wrestling defense while sharpening my striking at the same time.

“I know [striking] will be a big factor in getting a win against Balart. I’ll keep my distance, and I will maximize all my advantages so I can get the win.”

“The Ilonggo” is not the only member of the Catalan clan to have a spot on the ONE: MASTERS OF FATE card – his older brother Rene will face Joshua Pacio for the ONE Strawweight World Title in the event’s headline bout.

However, the focus will be on the younger sibling first, and he is determined to give the Pinoy fans in attendance something to cheer about.

If he can do that by getting his hand raised, he will put himself in a great position to move onward and upward in 2020.

“I have a lot of plans next year and I don’t want to end this year with a loss,” he adds.

“I’m very excited and ready for this match. I’ll do everything to get that win in front of my compatriots.”