Rahul “The Kerala Krusher” Raju wants to be the number-one contender in the lightweight division by the end of 2020, and he has his sights set on another Singapore-based athlete to help him get there.

The Indian star – who trains out of “The Lion City’s” Juggernaut Fight Club – had a breakout year with back-to-back wins in 2019 as he started to realize his potential on the global stage.

“The Kerala Krusher” kicked things off with a first-round submission of Richard “Notorious” Corminal at ONE: ENTER THE DRAGON in May. Then, he tapped out Pakistani rival Furqan “The Lion” Cheema in the second round with a rear-naked choke at ONE: EDGE OF GREATNESS in November.

Now, he wants to continue his streak to work towards a battle with ONE Lightweight World Champion Christian “The Warrior” Lee, and he believes he could be one big name away from earning his spot as the top contender.

“Honestly, it’s time for me to prove I am ready to hold the World Title. I need a solid performance against another top contender,” says Raju.

“My team and I, we’ve been looking closely at Amir Khan. I think that would be a perfect match-up.”

The prospect of a showdown with Khan would bring massive intrigue to a future card at the Singapore Indoor Stadium.

“It will be a complete honor to face him, and a real treat for the Singaporean fans. I believe this fight can happen on the Singapore card in July,” he adds.

The 29-year-old Brazilian Jiu-Jitsu brown belt knows he will not have it easy against Khan, who is a Singaporean Muay Thai Champion and the joint-leading knockout artist in The Home of Martial Arts – with eight of his wins coming via strikes.

The Evolve star has an 83-percent finishing rate, and proven power in his punches, kicks, and elbows. But, despite his rival’s impressive accolades, Raju believes he has the skills to tame the young lion. 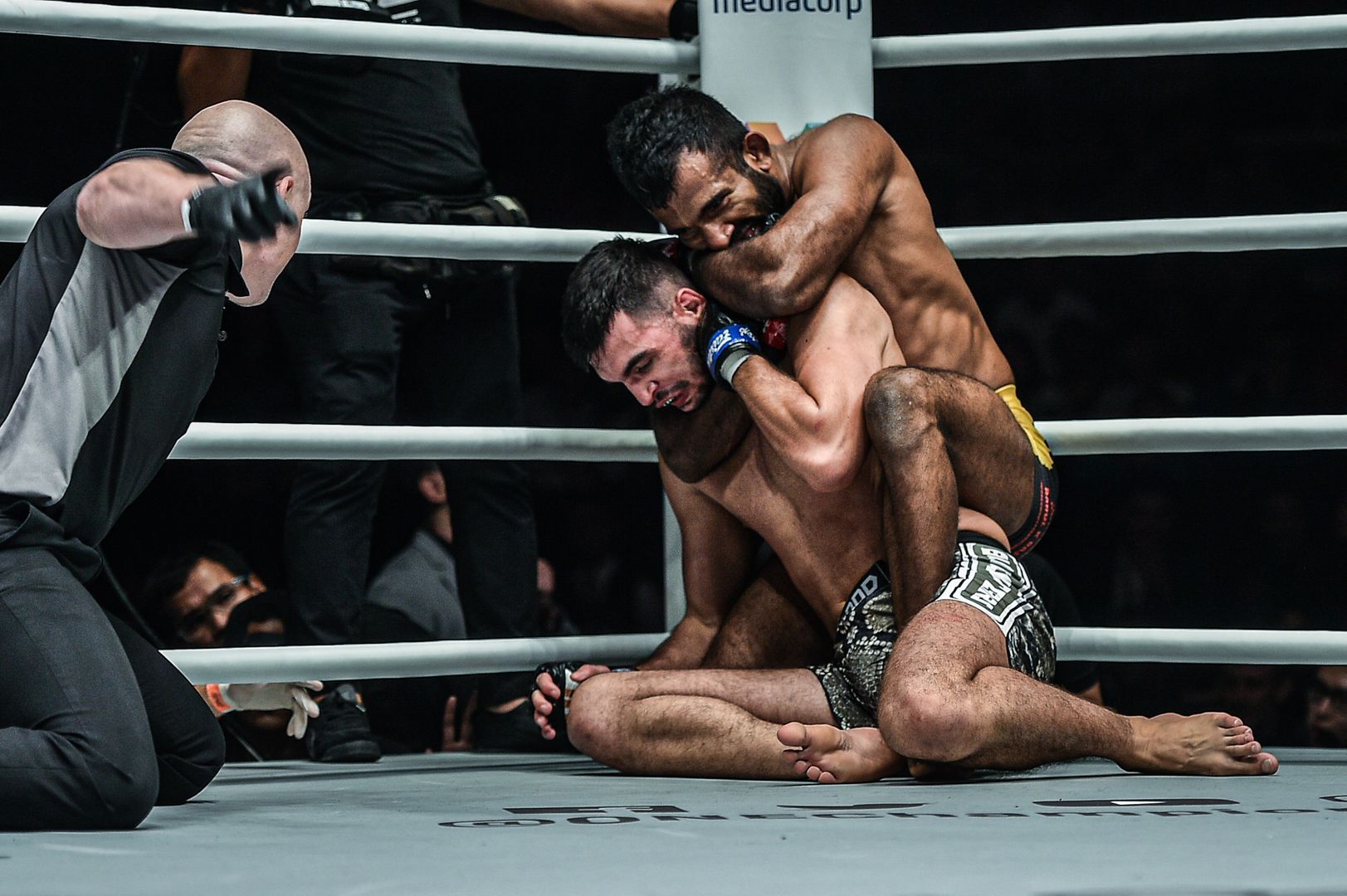 “I am a fighter that is still polishing myself and I am improving every day, but I still believe our skills will be even.”

“The Kerala Krusher” has made constant upgrades to his grappling repertoire in the gym and converted that into success on the global stage with consecutive submission victories.

While Raju is convinced he has the edge over Khan on the mat, he also believes he can surprise his foe with his striking, too, if the former ONE Lightweight World Title challenger underestimates his stand-up game. 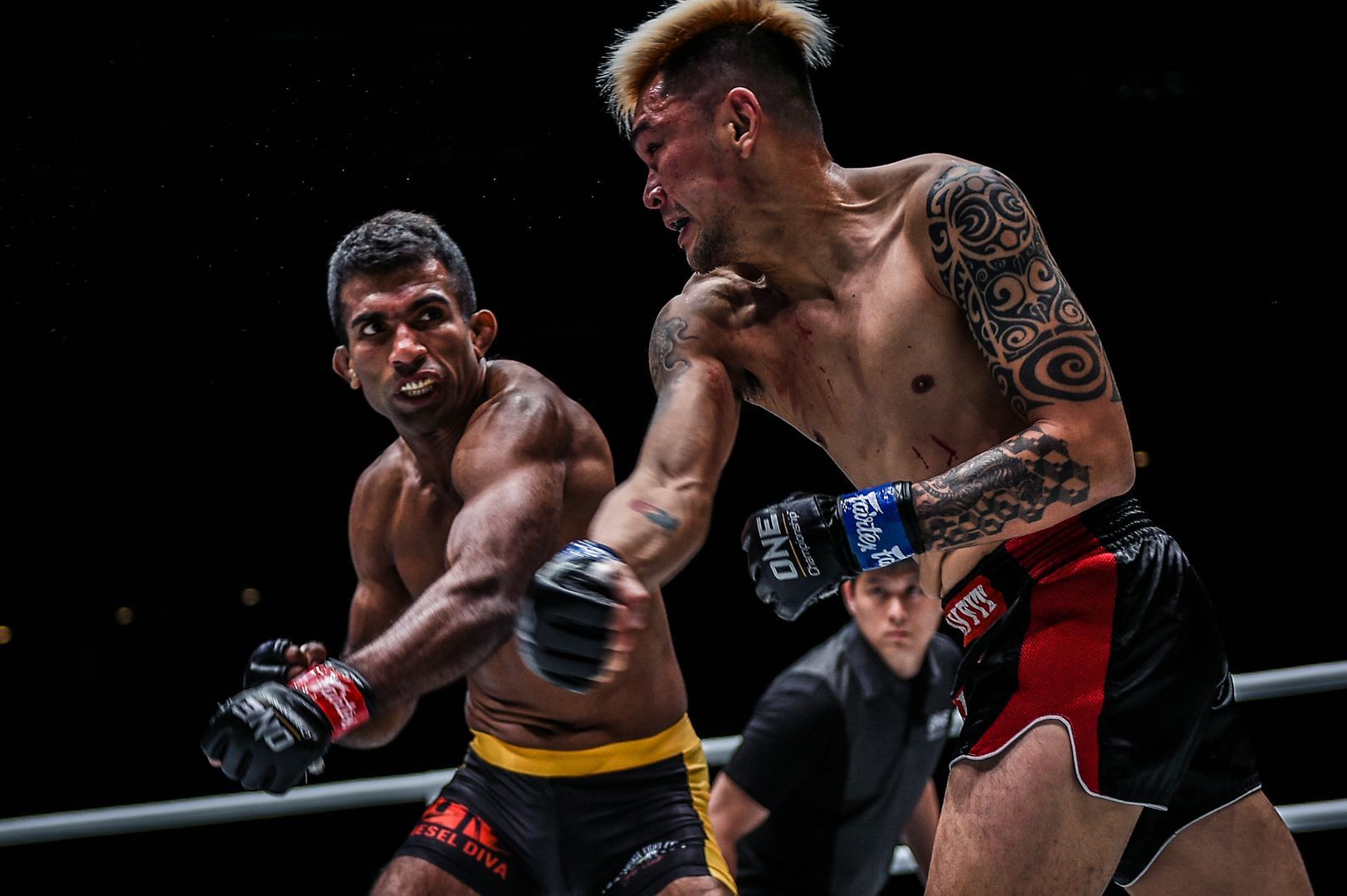 “I definitely have the upper hand on the ground and, if it comes to striking, I believe I can bring him into my style of fighting,” offers Raju.

“That will be my edge rather than playing into the Muay Thai-style standing exchanges that he favors.”

If the time does come for the lightweight warriors to square off in the Circle, the Kerala native can only guarantee one thing, and that is a thrilling battle between two of the division’s most exciting athletes.

“I will make it as exciting as I can. I will mix it up. I want to strike with him and grapple with him,” he says.

“Get ready for a three-round war.”

Read more: Why Rahul Raju Could Be India’s Next Martial Arts Superstar