On a night of incredible martial arts action at ONE: ENTER THE DRAGON on 17 May, it was Rahul “The Kerala Krusher” Raju who set the tone for the blistering performances that followed.

The Indian-born lightweight went toe-to-toe with Richard “Notorious” Corminal and engaged in a memorable battle, which was thrilling while it lasted, in the first bout of the night.

Indian hero Rahul Raju ???????? kicks off ONE: ENTER THE DRAGON with a spectacular first-round submission of Richard Corminal!

Indian hero Rahul K Raju "The Kerala Krusher" ???????? kicks off ONE: ENTER THE DRAGON with a spectacular first-round submission of Richard Corminal! Watch the full event on the ONE Super App ???? http://bit.ly/ONESuperApp | TV: Check local listings for global broadcast

It ended with a first-round submission, and the representative of Singapore’s Juggernaut Fight Club was delighted to give his hometown supporters something to shout about as he picked up his first win in the Home Of Martial Arts.

“I’m feeling very happy to finally get a win in ONE. I’m very thankful for the team and my coaches, and very blessed to be in ONE Championship. I’m even happier that I got the win in Singapore.”

Raju came into the match with the belief that he would have no problem winning any kind of ground battle with his Filipino rival, but he was desperate to show off his kickboxing skills on the global stage.

For the most part, that worked well, as he visibly damaged Corminal with hard punches throughout the match. 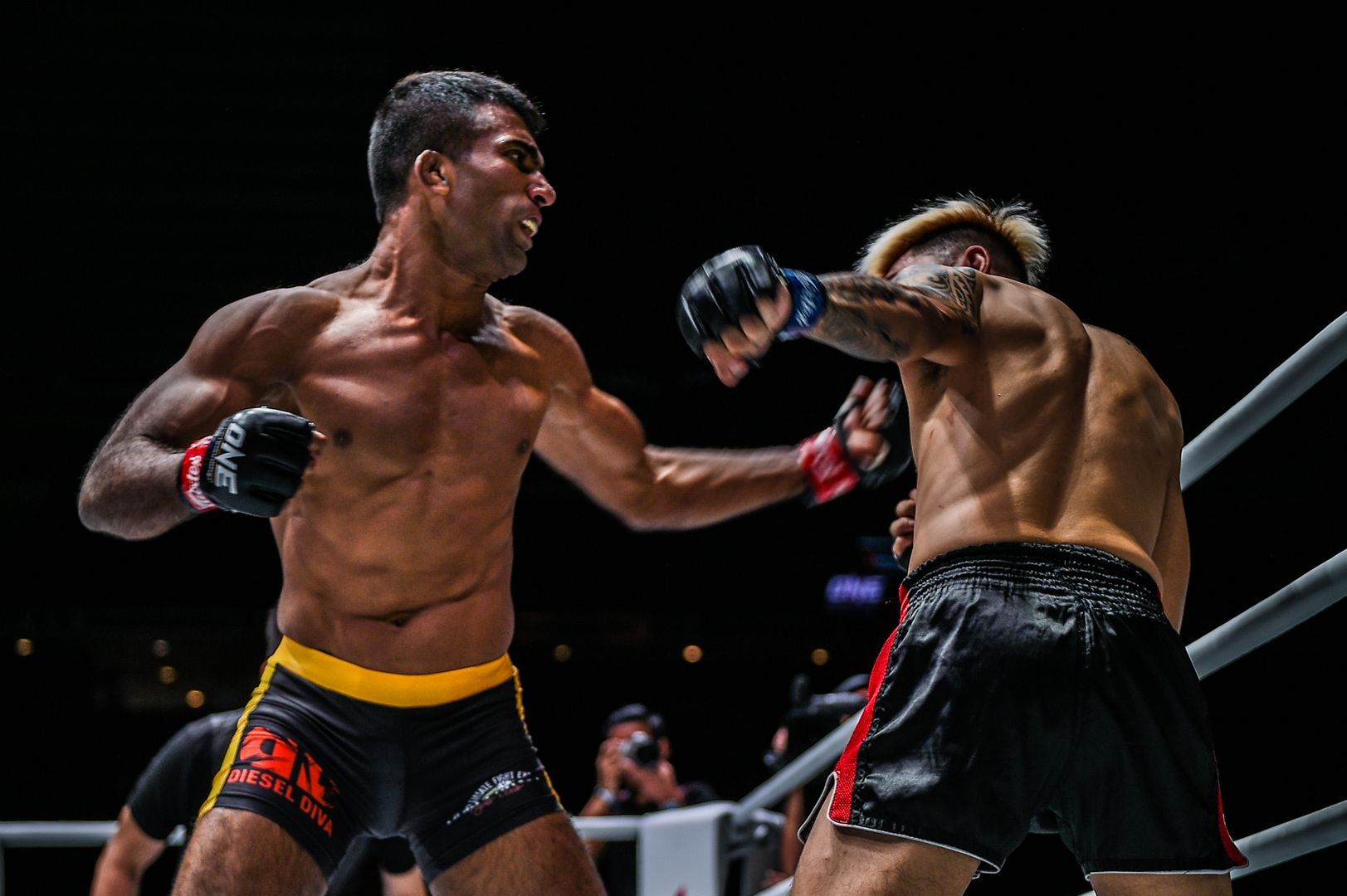 “I knew I could easily [take advantage of the ground because] I’m a much better wrestler and BJJ practitioner than him, but I wanted to strike with him to prove that I am good everywhere.

“I exchanged strikes with him, and I hurt him more. There was no game plan on how to finish the fight. I told my coaches, wherever it goes, I will be okay with that because I was prepared everywhere.”

However, that strategy looked like it could be his downfall when “Notorious” surprised the 28-year-old with a pair of knockdowns courtesy of his powerful right hand.

Raju was in trouble for a moment, but he relied on that grappling expertise to turn the tables in no time to secure a rear-naked choke and bring the contest to a close. 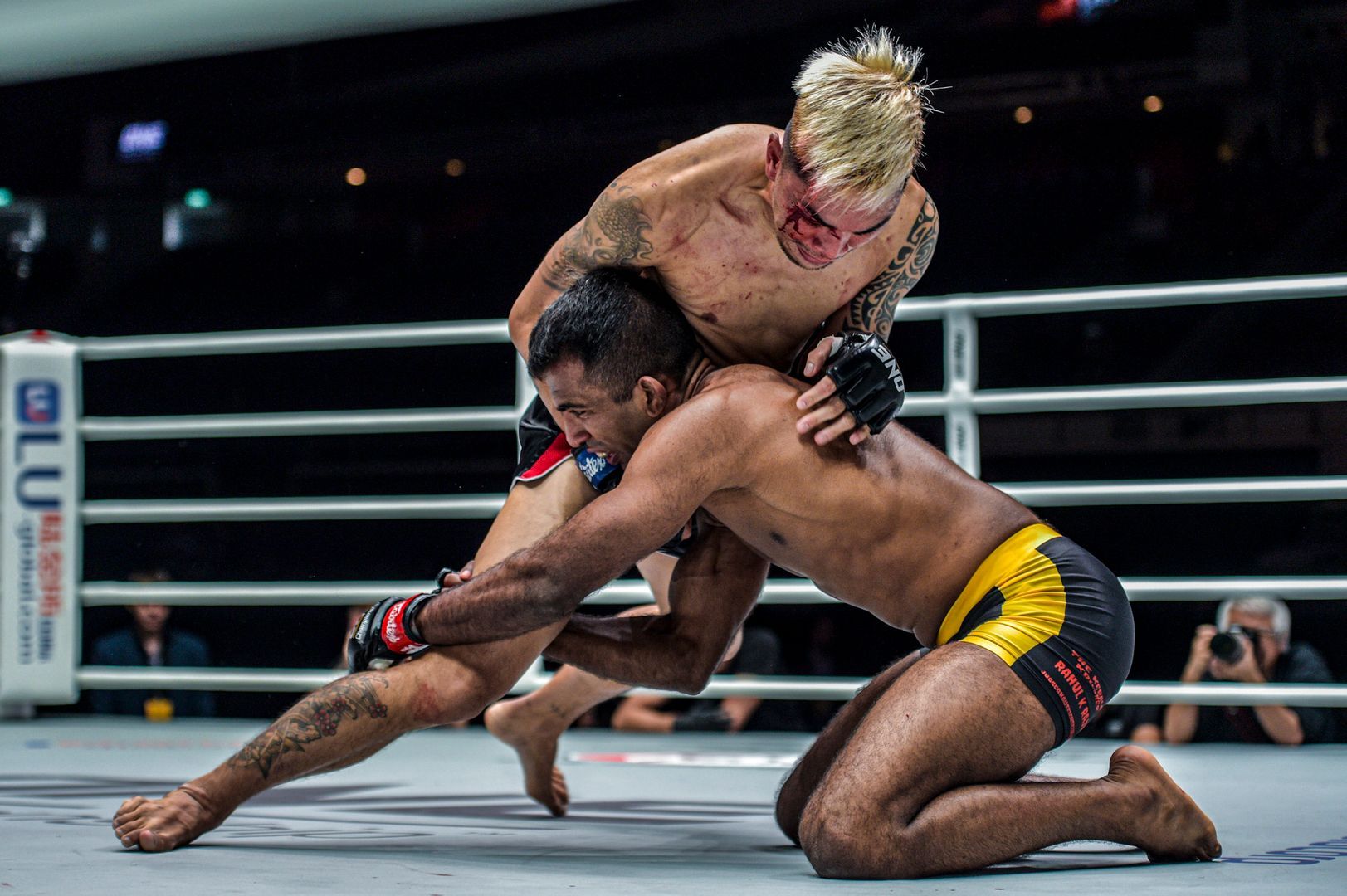 “I wasn’t that hurt, but I got rocked. I got slightly rocked. It was a bit shocking.

“That was a good experience, and it proved that I have got a good chin. I took the shots well and straight away, I took him down and finished the match.

“It went well. For the next fight, I will be adjusting my striking part a little bit, because I learned from this experience.

“For grappling, I’ve been training every day, so I have very strong submission skills now. For the following fights, hopefully, I could showcase it a little bit more.” 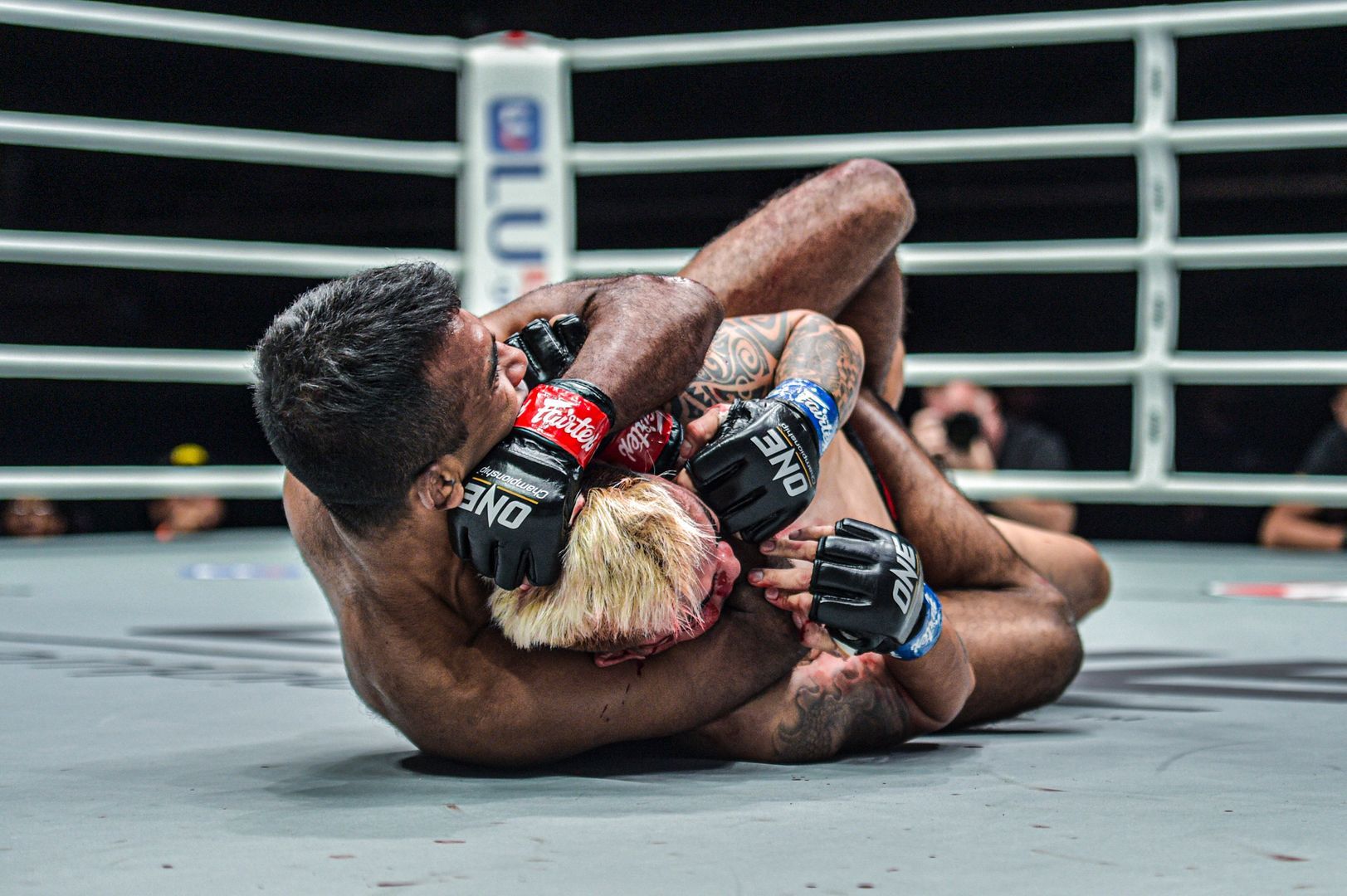 This was “The Kerala Krusher’s” first victory in the world’s largest martial arts organization, but that does not tell the full story of his tenure at the highest level.

Raju gave rising superstar Garry “The Lion Killer” Tonon his toughest match as a mixed martial artist so far, and was close to upsetting Honorio “The Rock” Banario despite coming in on just a few days’ notices.

Those performances showed that the Ultimate Satira Champion can be a handful for almost anyone in the lightweight division, and now he has proved he can deliver under the lights.

With the boost of having his hand raised pushing him forward, he is looking forward to a quick turnaround, and the chance to bring another triumph back to “The Lion City.” 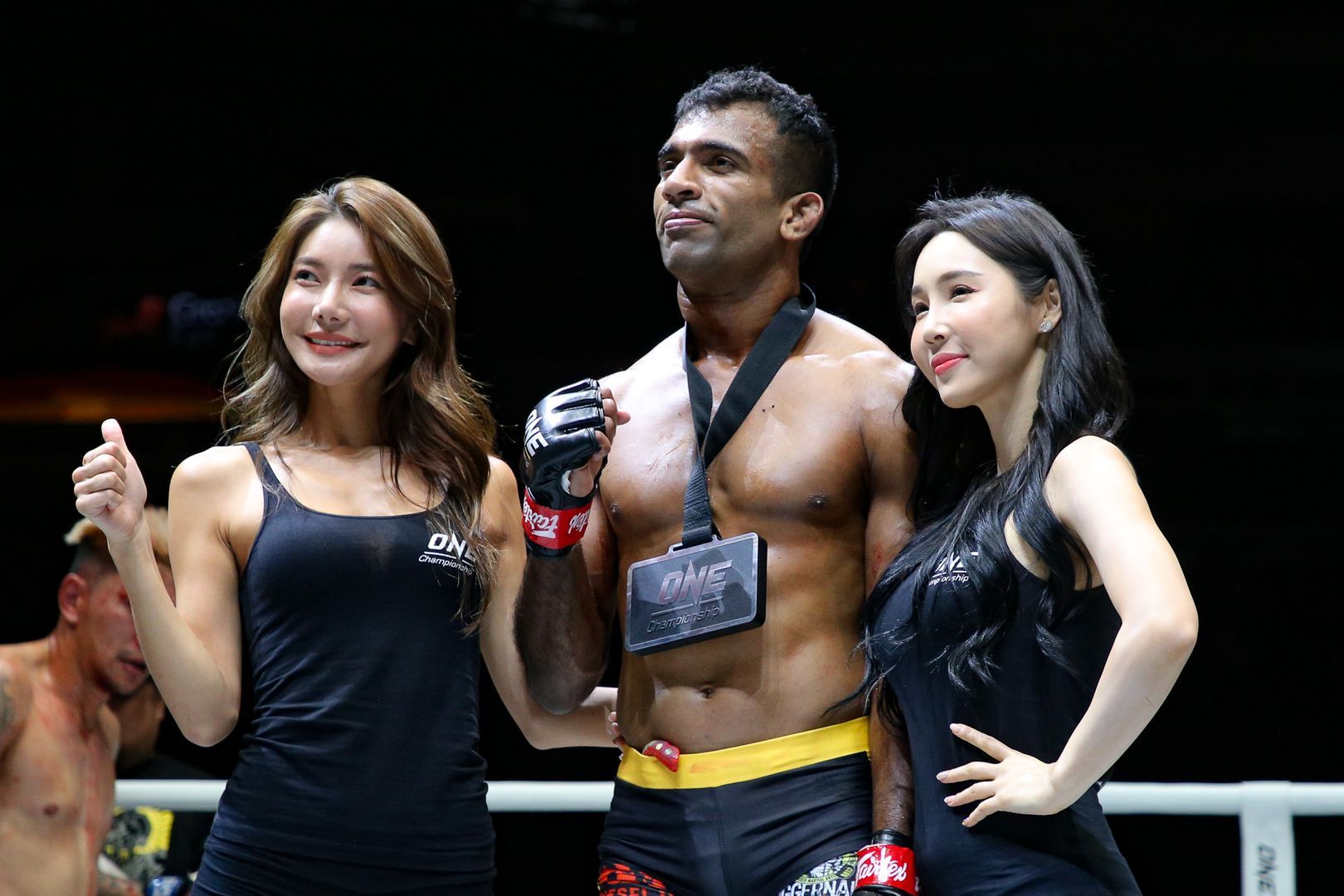 “I would like to fight very soon, hopefully by the end of July or August,” he says.

“I’m not in a stage where I could call out anyone, but I am ready for anyone. I will be prepared for any challenge because I have the best team now, and I am blessed to not have any injuries, so let’s do this soon.”