ONE Esports Details Emerge At ONE: HEART OF THE LION Press Conference 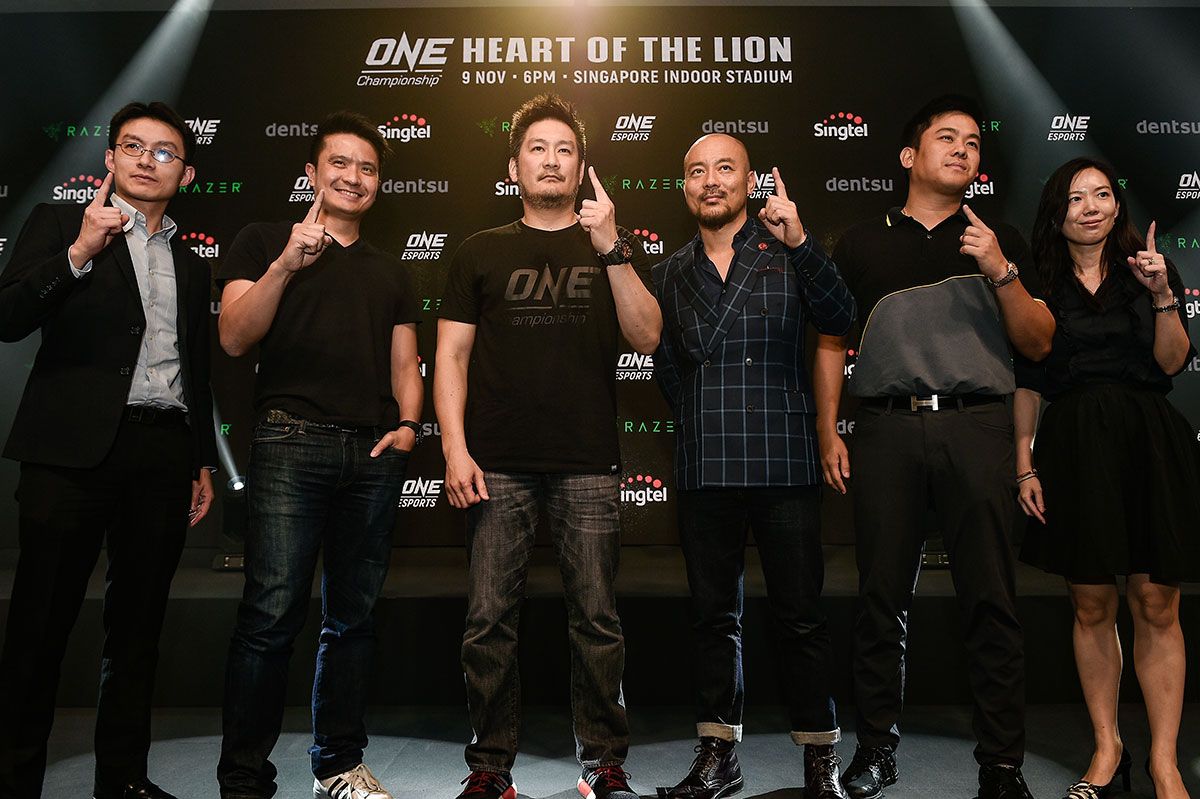 The world’s largest martial arts organization has teamed up with some of the industry leaders, including Dentsu Inc., Razer, and Singtel, to enter the immense esports market.

ONE’s USD$50 million investment in the future of the new project will assist in pushing the gaming market alongside their traditional martial arts stronghold, with the predominantly millennial fanbase crossing over between the two.

Alongside the 30-event schedule in cities like Bangkok, Manila, and Tokyo, ONE Esports will accompany the established combat franchise around Asia’s most iconic cities.

There are plans to produce and broadcast live events, documentaries, reality shows, and much more, with the same company ethos.

“Our mission is to celebrate Asia’s esports heroes on the global stage. The establishment of ONE Esports transforms ONE Championship into Asia’s largest producer of millennial sports content.”

The landmark news, which was shared at the ONE: HEART OF THE LION Press Conference in Singapore’s Marina Bay Sands, featured Min-Liang Tan, co-founder and CEO of Razer, Ronald Robins, founder and CEO of Mineski Franchise Corporation, and Shuntaro Tanaka, Director, Content Business Design Center of Dentsu Inc.

All parties were excited at the prospect of combining their knowledge and skills for this brand new venture.

“This partnership will see us combining our respective areas of expertise and deliver unmatched cross-boundary experiences to our fans,” Tan said.

“We recognize good synergy between martial arts and esports, making this a fantastic opportunity for both ONE Championship and Dentsu to participate in this growing segment in Asia,” Tanaka explained.

“The growth of the industry is the most important thing. I fought for what I believed in; esports is the future,” Robins added. Recent ONE-signee Demetrious Johnson, who happens to be a lifelong gamer as well as the most dominant mixed martial arts world champion in history, put his weight behind the new initiative as Chief Brand Ambassador.

Sityodtong hinted at full-weekend events that were in the works, which will combine martial arts and esports.

“The plan is to create a weekend special in every city that we go to. The first day, martial arts, and the second day, esports,” he said.

“We have a young crowd who loves all-action. There’s still plenty of work to be done, but we’ll see some mega-events next year.”