Nong-O Gaiyanghadao faced his toughest challenge in ONE Super Series at ONE: IMMORTAL TRIUMPH.

The ONE Bantamweight Muay Thai World Champion was pushed all the way for five rounds by Brice “The Truck” Delval last Friday, 6 September in Ho Chi Minh City, Vietnam.

When the final bell rang, there was a case to be made that the 32-year-old might not get his hand raised. However, two of the three judges submitted scorecards in his favor to give him the split decision and a victory by the narrowest of margins.

“He was bigger and was very strong. It was a really challenging fight for me, and I found it to be very exhausting too,” Nong-O says

“I have so much respect for my opponent and was honored to share the ring with him.”

The Evolve representative was at his brilliant best in some moments, but his Algerian rival found a way to push back and cause the icon of “the art of eight limbs” a ton of problems throughout 15 action-packed minutes.

Though the 20-year-old is an S1 Muay Thai World Champion, he can only boast a fraction of his rival’s experience, but he was not afraid to use his reach and exchange kicks with the Thai hero.

That meant Nong-O had to pick himself up off the canvas when he was caught with a perfectly-timed push kick in the first round, and a few punches continued to slip through his guard.

However, the man from Singapore had prepared for the worst and says it was no surprise that everything did not go his way.

“Not at all, because every time I fight I always mentally prepare myself for the fact that my opponents will be incredibly strong and capable, so I am always ready to handle situations like these,” he explains.

“I am training hard every single day at Evolve. If I wasn’t at 100 percent going into this fight, I wouldn’t have been able to perform as I did.

“I must thank Kru Yod [Yodkunsup Por Pongsawang], and all the other amazing instructors there who helped me. Whether it be holding pads, teaching me new techniques, or helping strategize, I felt very supported and well prepared coming from Evolve.”

Despite his difficulties, Nong-O still showed why he is one of the all-time greats of his sport to take the win.

He used feints and impeccable timing to break through “The Truck’s” guard and score with his boxing, and his right kick landed throughout all five rounds to leave a big impression on Delval’s thigh, torso, and arm. 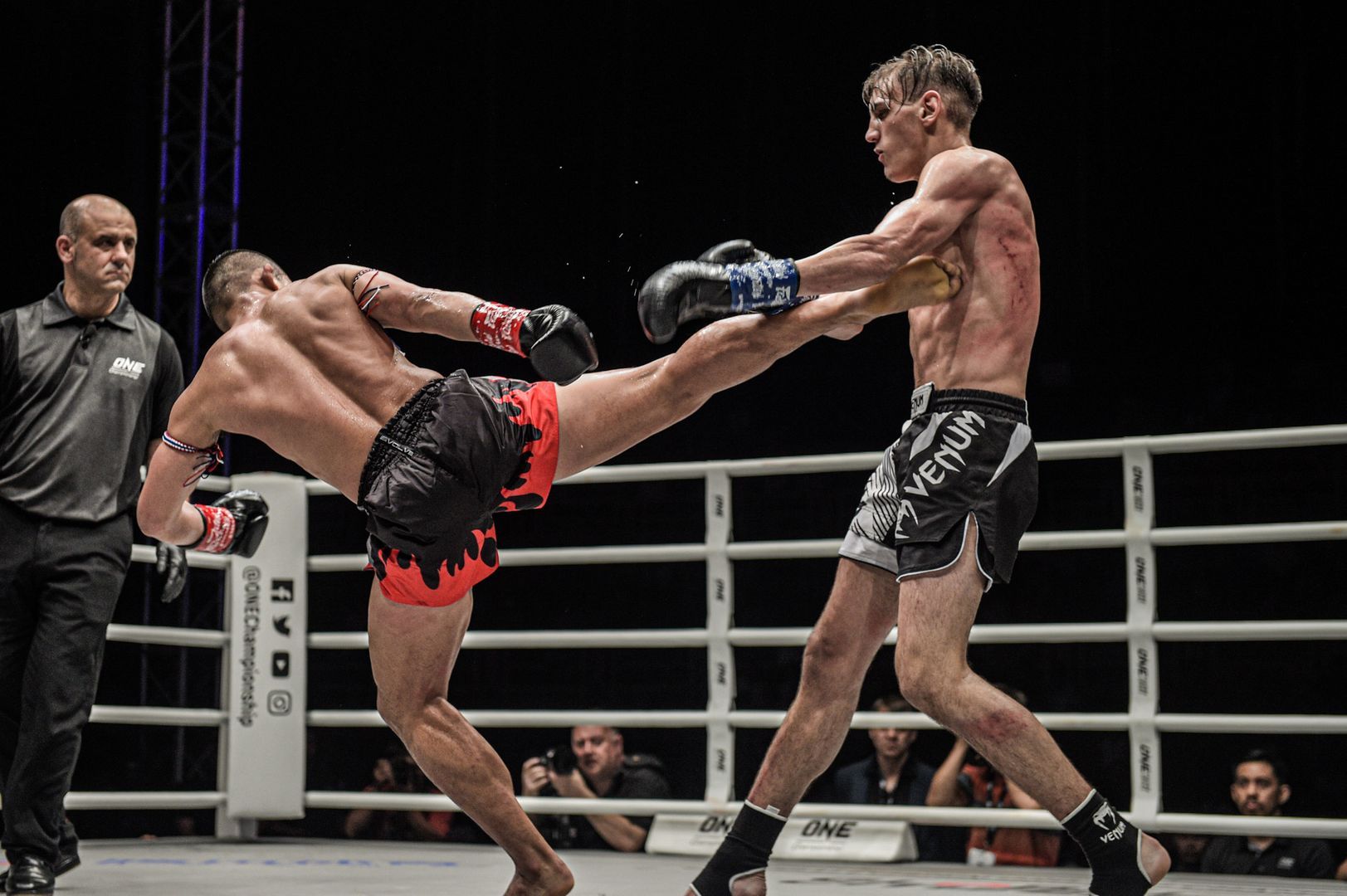 Though his fans may have endured a couple of nail-biting moments as the scores were read out, the multiple-time Lumpinee Stadium Muay Thai World Champion stayed cool, and looked like the result was what he expected.

That did not make him any less delighted with the outcome.

“Every time I win, it is always an incredibly happy moment for me,” he adds.

“I am proud to have come out on top, and that everyone watching got to see me overcome a very large and difficult opponent. It always feels good to come out on top.”

A win after such a test, and at such a momentous event – ONE: IMMORTAL TRIUMPH was The Home Of Martial Arts’ first in Vietnam – is huge for Nong-O, but he is never completely satisfied.

The ONE Bantamweight Muay Thai World Champion is already anticipating his next defense, and he wants to make sure there is no doubt about the result next time.

“I’m really happy and grateful to ONE for giving me such an important opportunity. I take my duties as World Champion very seriously, and always want to perform to the best of my abilities,” he says.

”I am proud of myself for being able to perform to the best of my abilities for the fans, and those who are supporting me and helping me achieve this – it feels good to make them happy. However, for my next fight, I will definitely need to train even harder.”

Read More: What Could Be Next For The Big Winners Of ONE: IMMORTAL TRIUMPH?