ONE Bantamweight Muay Thai World Champion Nong-O Gaiyanghadao successfully defended his crown at ONE: IMMORTAL TRIUMPH on Friday, 6 September, but the Thai hero was pushed to his limits by a spirited performance from Brice “The Truck” Delval.

The pair faced off in the main event of ONE Championship’s inaugural event in Ho Chi Minh City, Vietnam, and the crowd inside the Phu Tho Indoor Stadium was gripped by the sight of two elite strikers going toe-to-toe for the full five-round duration.

???? WHAT A BATTLE ???? In a main event thriller, Nong-O Gaiyanghadao wins by split decision against a game Brice Delval to retain the ONE Bantamweight Muay Thai World Title!

???? WHAT A BATTLE ????In a main event thriller, Nong-O Gaiyanghadao wins by split decision against a game Brice Delval to retain the ONE Bantamweight Muay Thai World Title!????: Check local listings for global broadcast details????: Watch on the ONE Super App ???? http://bit.ly/ONESuperApp????: Shop Official Merchandise ???? http://bit.ly/ONECShop

Delval towered over his adversary and looked to use his superior kicking range early in the opening stanza.

The Algerian backed up Nong-O and, in the final seconds of the frame, he drew gasps from the Vietnamese crowd when a powerful push-kick sent the methodical Thai legend staggering across the ring.

However, the reigning ONE Bantamweight Muay Thai World Champion would respond in the second round.

Nong-O kicked off the period with a pair of powerful leg kicks and soon battered the challenger with body kicks. “The Truck” was undeterred, however. He pushed the icon back with teeps and well-timed jabs.

The 20-year-old’s confidence kept growing, and it showed. He connected with a jumping knee and engaged in a wild kicking duel in the waning seconds of the round, showing that he was anything but intimidated by the 314-bout veteran. 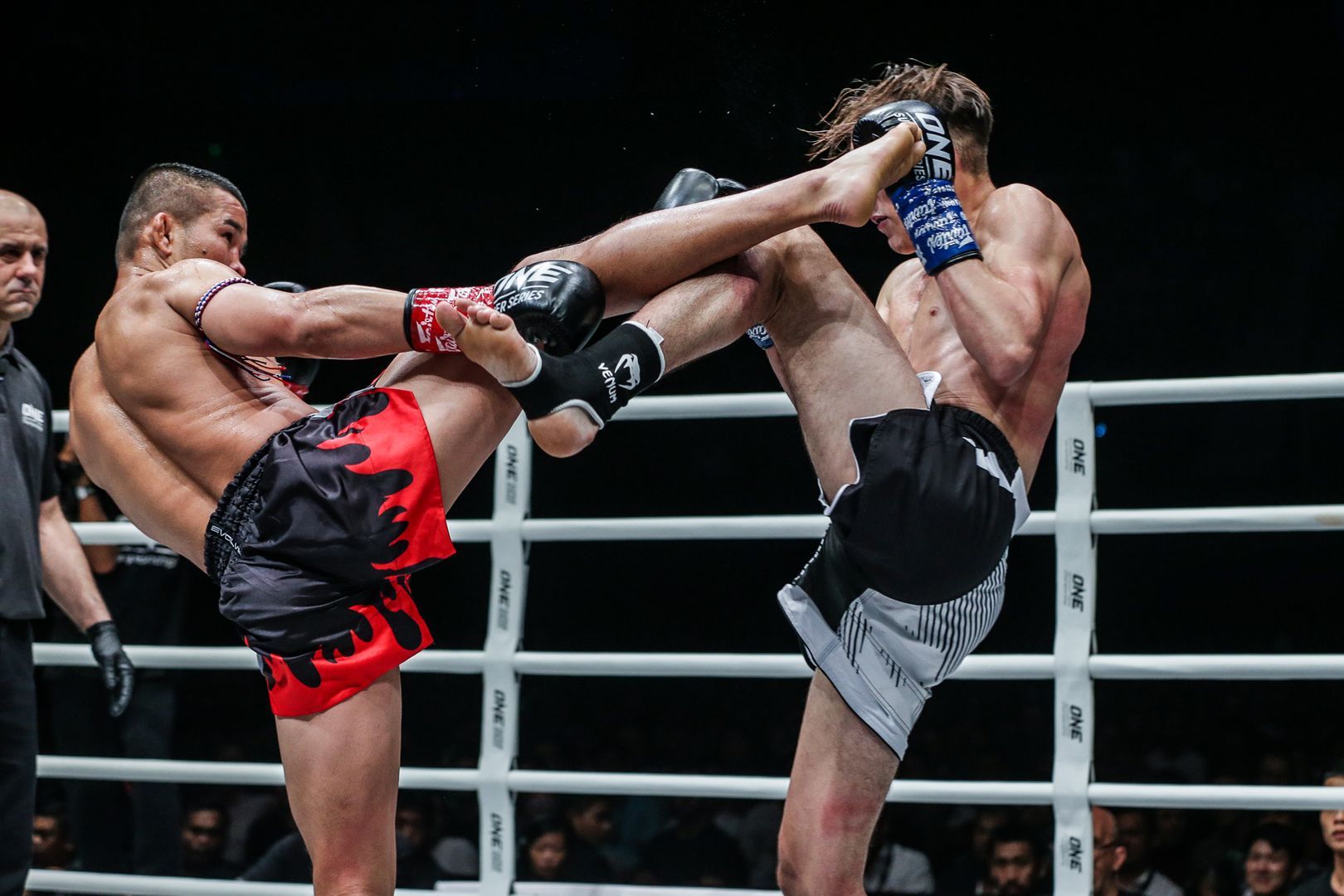 Delval continued to push the pace in round three, as he tried to walk forward and dominate the World Champion.

But Nong-O would not allow the challenger to take control of the action.

The Thai star loaded up with punches and kicks to take back control after two closely-contested periods. He connected with a succession of kicks to Delval’s lead leg, and he turned up the power – and the pressure – in the round’s final exchanges.

Nong-O’s kicks forced “The Truck” to switch stances during the fourth stanza, but the 32-year-old did not seem fazed.

He took aim at the Algerian’s body, unloaded a melee of kicks to the legs and torso, and mixed up his attack with perfectly-timed punches. 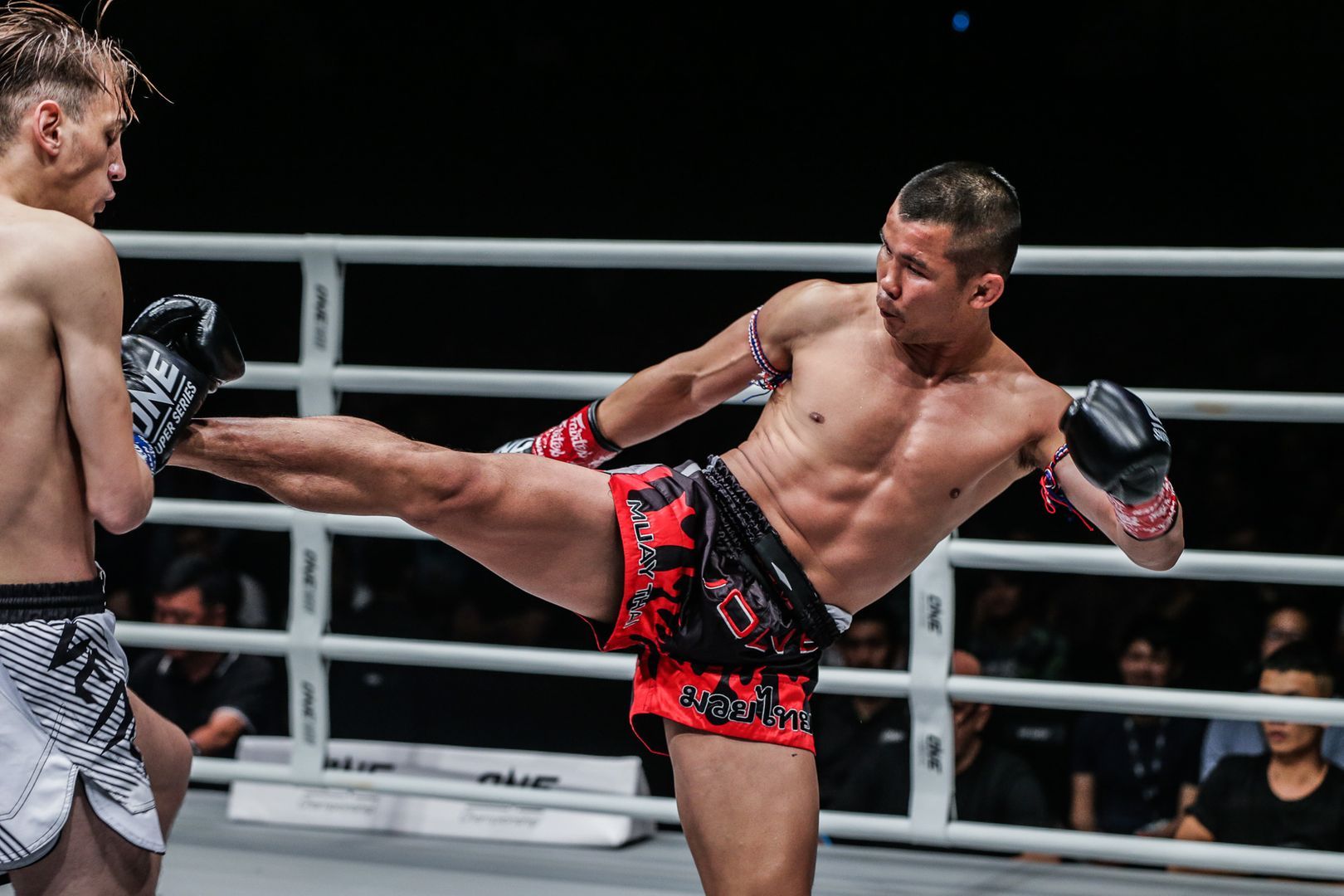 The Thai had momentum heading into the fifth and final round, but Delval refused to quit. He was motivated to make his last stand.

With just three minutes remaining in his World Title challenge, the Algerian launched into a furious attack. He unleashed his full Muay Thai arsenal as he threw jumping knees, spinning back fists, and kicks galore.

Nong-O showed his veteran experience, however, as he calmly weathered the storm. He countered with powerful teeps and roundhouse kicks of his own, and he remained focused all the way to the final bell.

After 15 minutes of intense action, the bout went to the judges’ scorecards. It was a close battle, but the Thai left the ring with a split decision, the belt, and the 260th win of his Muay Thai career. 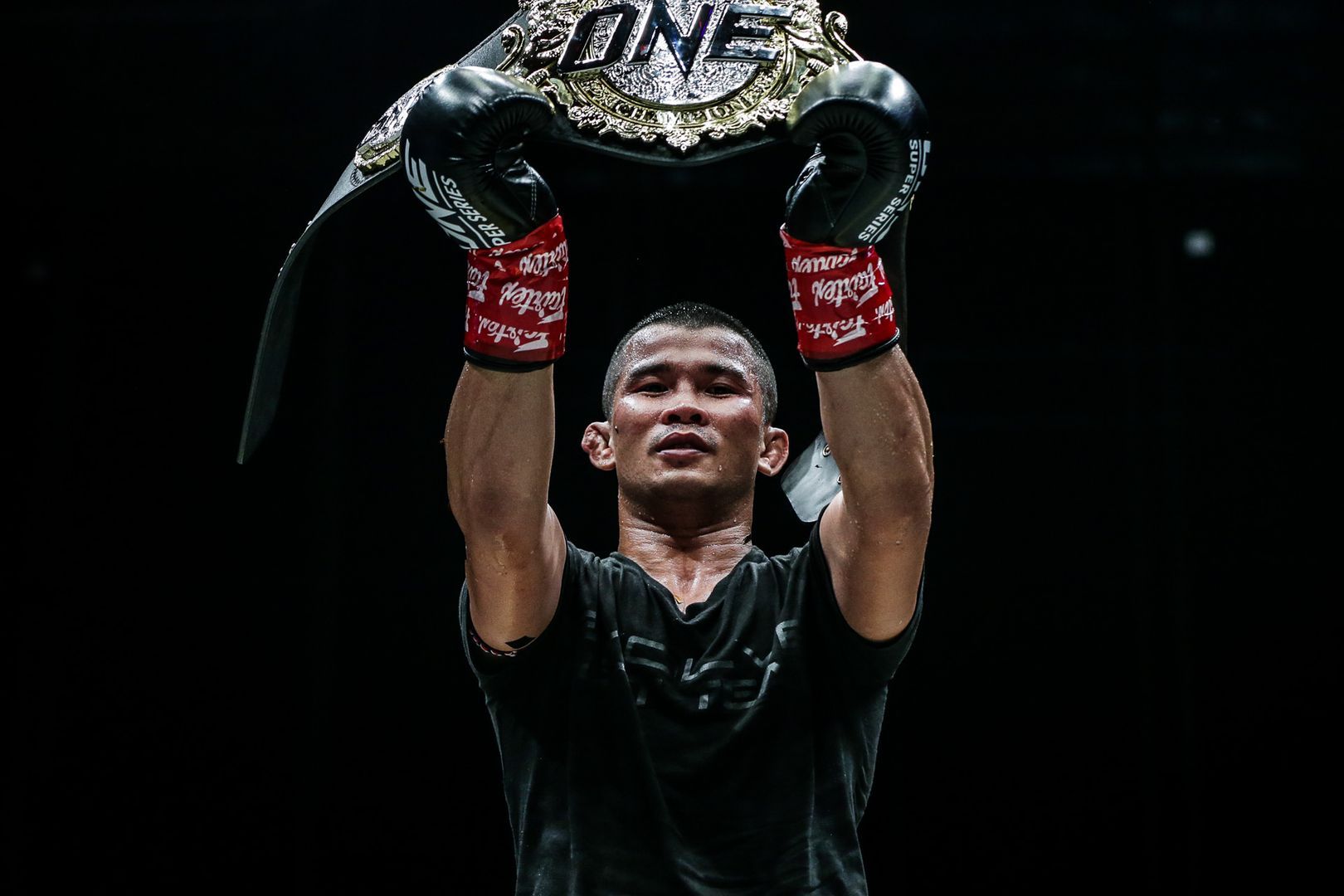 This was by far the closest bout Nong-O has participated in since coming out of retirement and joining ONE Super Series in April 2018.

Now with five victories in ONE Super Series, the Thai will return to Singapore and heal before he makes his third World Title defense.