Filipino Kyokushin Karate champion Ramon “The Bicolano” Gonzales cannot wait to compete on home soil in ONE Championship for the first time.

The 31-year-old has competed in Thailand, Malaysia, and Indonesia on the global stage for martial arts, and now, finally, he will get to showcase his skills in the country of his birth when he opens the show at ONE: ROOTS OF HONOR.

Gonzales will face Japan’s Akihiro “Superjap” Fujisawa in a flyweight contest at Manila’s Mall of Asia Arena this Friday, 12 April, and he will relish the occasion.

“This is the first time being part of a Manila card, and I’m very excited to compete in front of my countrymen,” he says.

“I’m very happy to get back to the ONE Championship stage to continue where I left off, and showcase my talent.”

Gonzalez had a stuttering start to life in The Home Of Martial Arts as he fell to defeat in his first two bouts for the organization, but he has turned things around in style.

He bounced back superbly in his third ONE contest when he defeated Deligerihu Liu at ONE: TOTAL VICTORY in September 2017.

“The Bicolano” followed that up a year later when he defeated Dodi Mardian via first-round rear-naked choke at ONE: KINGDOM OF HEROES.

That was just a taste of things to come according to the Team Kyokushin representative, who believes he will return to action as an even better version of the man we saw that night in Bangkok. 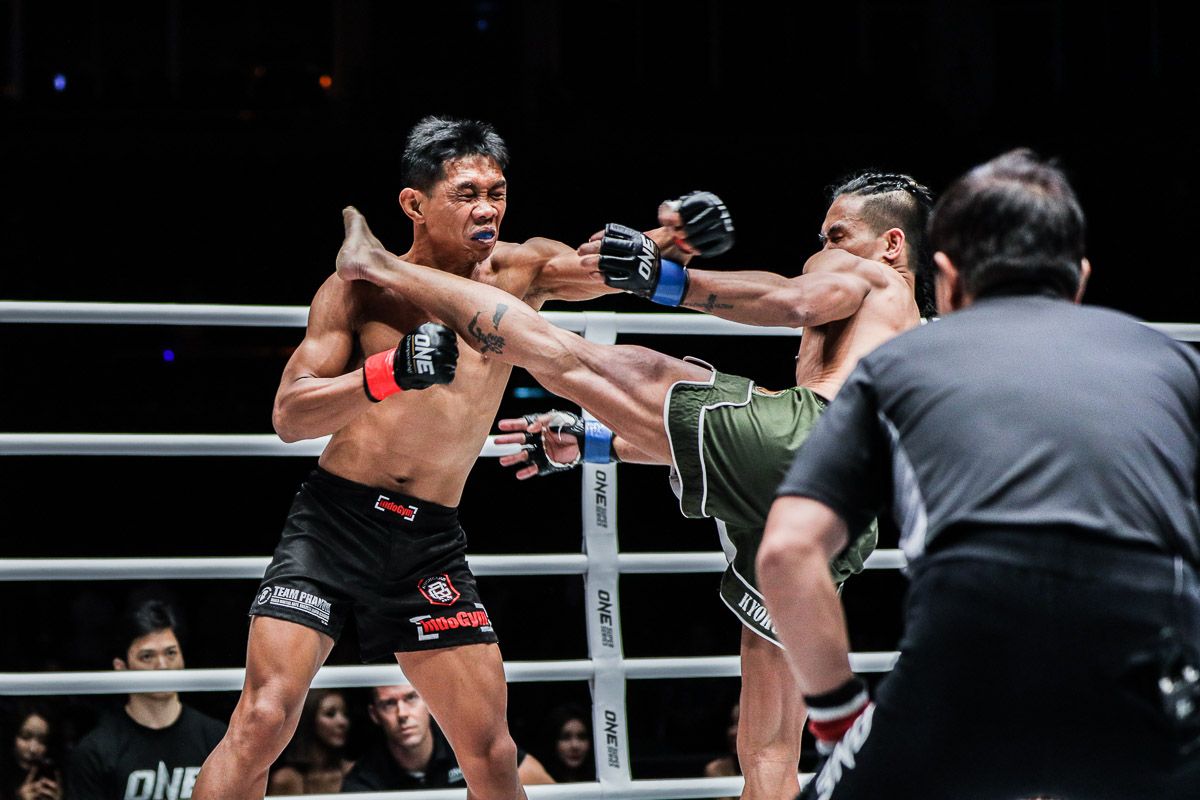 “I’m a more improved athlete now.I’ll be ready for whatever strategy he will impose when we face each other at the center of the cage,” he adds.

“I will display everything we worked inside the gym, and I’ll make sure that my hand will be raised in front of my countrymen.”

Gonzales’ opponent is undefeated at 5-0-1 with all five of his wins coming by way of stoppage. He has been flawless on the main ONE roster with two wins – including a late TKO of Rockie Bactol in his last match – after he graduated from Rich Franklin’s ONE Warrior Series last year.

“Superjap” has shown he is tough to finish, and he is a threat on the feet and on the mat, but “The Bicolano” is up for the challenge.

“Fujisawa is a great fighter, and I’m aware of the challenge that I’ll be facing on the 12th of April, but I’m confident in my skills,” he adds.

“You’ll see me always battling and never giving up. He’s undefeated, and he’s a good foe, so we’re preparing for everything, whether this hits the ground or it remains standing up, we’ll put up a good contest.” Though he is known as a striking specialist because of his background, Gonzales has proved he is dangerous wherever a match-up plays out, and he will be on the hunt for any kind of finish.

Nothing would make him happier than to kick off the prelims at ONE: ROOTS OF HONOR by giving the Filipino fans – who will include some of his loved ones – something to shout about.

“I’m very excited. I’ve been asking for this for a long time, and finally it was given to me,” he says.

“What excites me is that I’m finally going to perform in front of my family.

“This is another great opportunity for me to show everyone that I’m improving as an athlete. I respect Fujisawa as a mixed martial arts competitor, but I’m here to solidify my status as one of the best in the strawweight division. All I can say is I’ll do everything to get that win.