Murad Ramazanov put ONE welterweights on notice on Friday, 28 February with a dominant TKO win against “Wolverine” Bae Myung Ho in his debut on the global stage.

At ONE: KING OF THE JUNGLE, the 24-year-old Russian finished the job a few seconds before the end of the first round to extend his undefeated record to 9-0 and become the latest young phenom to watch in his division.

The man from Makhachkala, Russia, has shown a ton of promise during his development as a mixed martial artist – he won a WMMAA World Title as an amateur – and now he has his sights set on going all the way to the top in The Home Of Martial Arts.

In the aftermath of his breakout performance at the Singapore Indoor Stadium, Ramazanov reveals how he authored his impressive win and what the future holds now he has made his mark at the highest level of his sport.

ONE Championship: Did you expect to overpower such an experienced opponent during the first round?

Murad Ramazanov: Bae Myung Ho was a very strong opponent – skillful and athletic, and a real threat to any fighter.

I don’t like leaving it to the judges! If you look at my record, there is a pattern – I try and finish my opponents early if there is a chance. I’d rather try and drain my opponent quickly and then go for the finish. It can be via a choke or via ground strikes – it doesn’t matter how, I know many ways.

ONE: Did you study your opponent and build a game plan around what you’d seen?

MR: I looked up Bae Myung Ho and I thought, wow, here is a strong guy with a lot of experience! He has two and a half times more fights than me, he was a champion [in Korea], and he is well-rounded. It looked like he had endurance – he fought both three and five-round bouts.

I had to be ready to face him on my feet and on the floor. I did not have time to tailor my preparation just for him, as I flew out to Singapore only two days after signing with ONE, so I had to act smart. When in doubt, going for the takedown down and finishing [on the ground] is a good tactic – if you are strong enough, because you waste a lot of energy doing it. I was confident I could pull it off.

It wasn’t my plan to take him down so quickly – I wanted to move around, breathe and find the rhythm because my body still needed to adapt to the climate and time difference. He put pressure on me from the start and I had to act.

When you are both fresh at the start of the round it is risky to trade punches. I thought I’d be better off taking him down and making him tired, then I could still have a chance to show my striking skills in the second round, but my pressure was too much for him in the end. 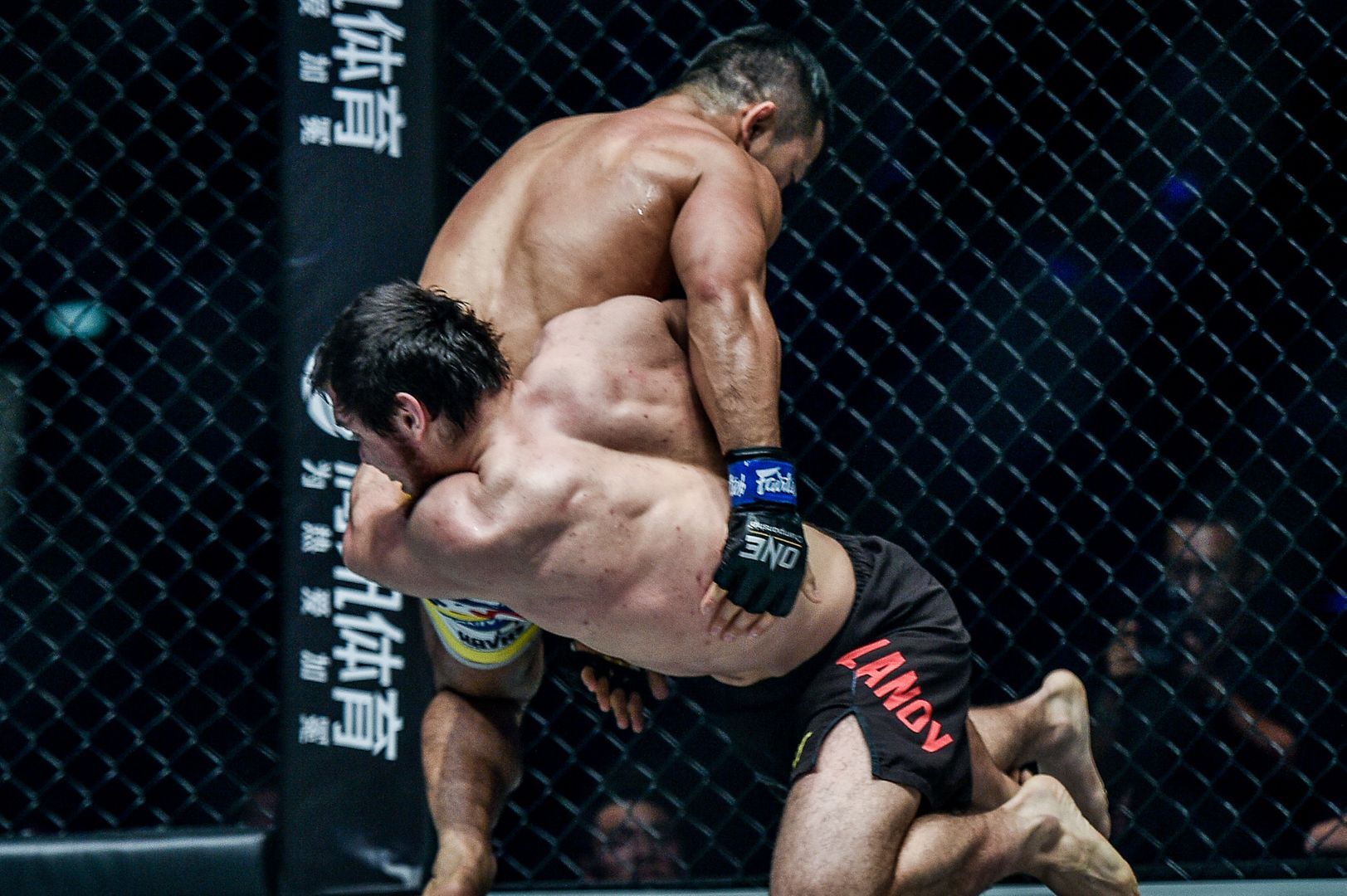 ONE: Once you had him down, did you think your opponent would last much longer?

MR: He is both very experienced and physically strong, but I might be just better than him. It is all about technique and a game plan. I know how to smother an opponent – how to make him weak.

When we were on the ground I managed to get him with a knee to the head and my knee hurt so badly that I quickly realized he must have felt a lot worse.

ONE: Did you hear the clapper at the end of the first round and increase your offense to finish before the bell?

MR: Yes, I heard the signal, but I accelerated because I felt my opponent losing his power and breathing heavily. I got him with a knee and an elbow, he was getting tired, and it was a good moment to speed up.

Had I not finished him, I still could have rested myself during the break, but it would have been impossible for him to fully recover. Then, I could have finished him early in the second round.

ONE: How do you think you would have fared against him in a stand-up battle?

MR: I am without a doubt a good striker and I hope the audience will see it in the future. I didn’t want to take risks during my debut in ONE.

I took this bout on 10 days’ notice and I had not sparred for three months prior to it. I did what I could and what made sense. 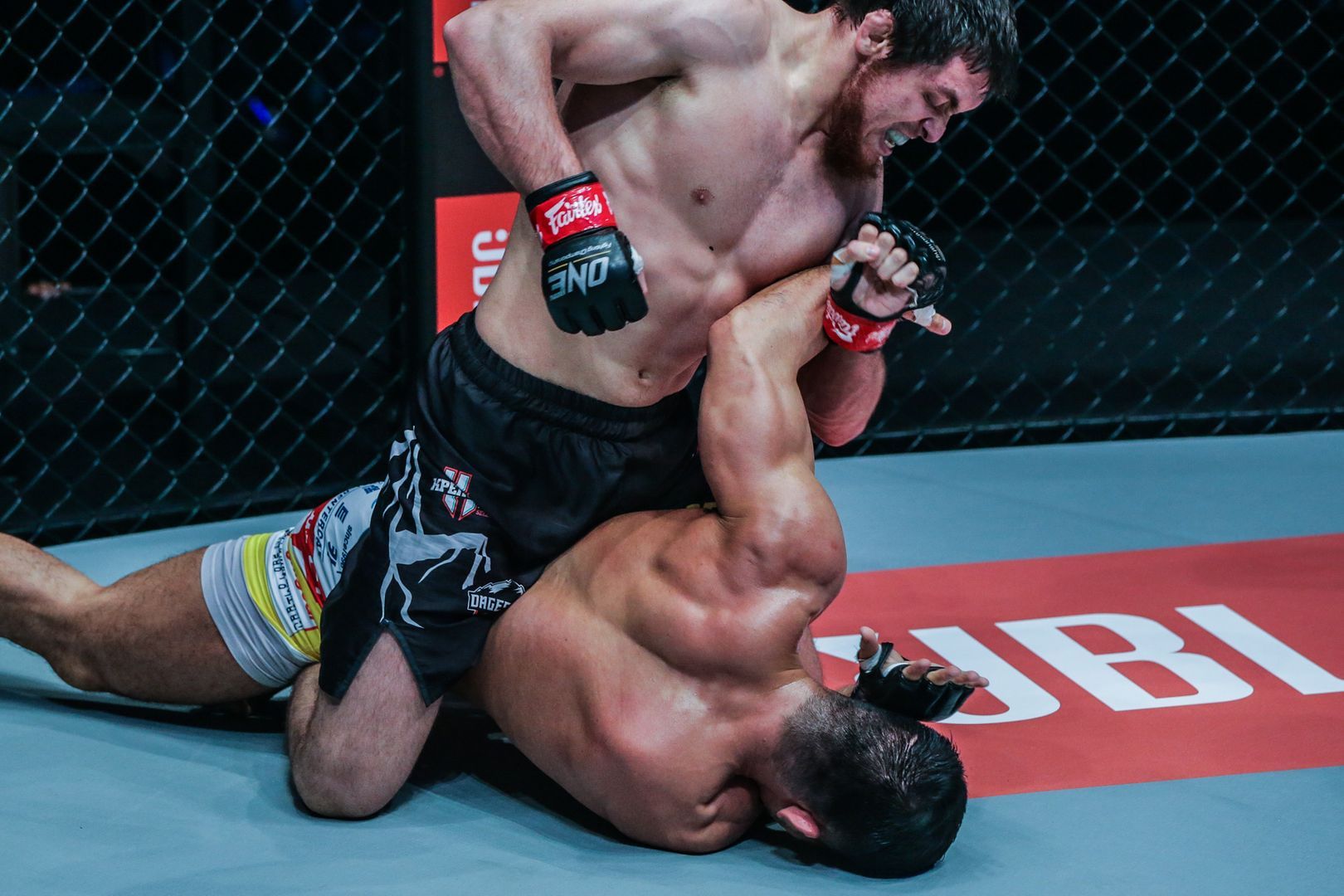 ONE: How would you rate your debut performance in The Home Of Martial Arts?

MR: I am very pleased. It was a good performance for a debut. I showed some of my skills and a dominating character. I am eager to get back into the cage and show what I can do after a full two-month training camp.

ONE: Did you enjoy your first trip to Singapore?

MR: It was amazing thanks to the fans and ONE staff. Because of coronavirus, ONE decided to hold this event behind closed doors and I felt a bit apprehensive – the audience always gives you a lot of energy.

But, fans supported me via messages and photos on Instagram, and some of them took photos outside our hotel. I was touched by their respect and kind words. All personnel in ONE deserve special praise – we were very well looked after. I didn’t have to worry about anything and I really appreciated this treatment.

ONE: You are 9-0 as a professional. How important is it for you to keep your record unblemished?

MR: Of course, I didn’t want to lose and spoil my record. I will try and keep it clean for as long as I can, but if I lose one day I am going to accept it with grace.

In this game some things don’t depend on us, fighters – you can have a good camp and a heart of a lion, but miss just one punch and you are out. What can we do apart from bringing our best? 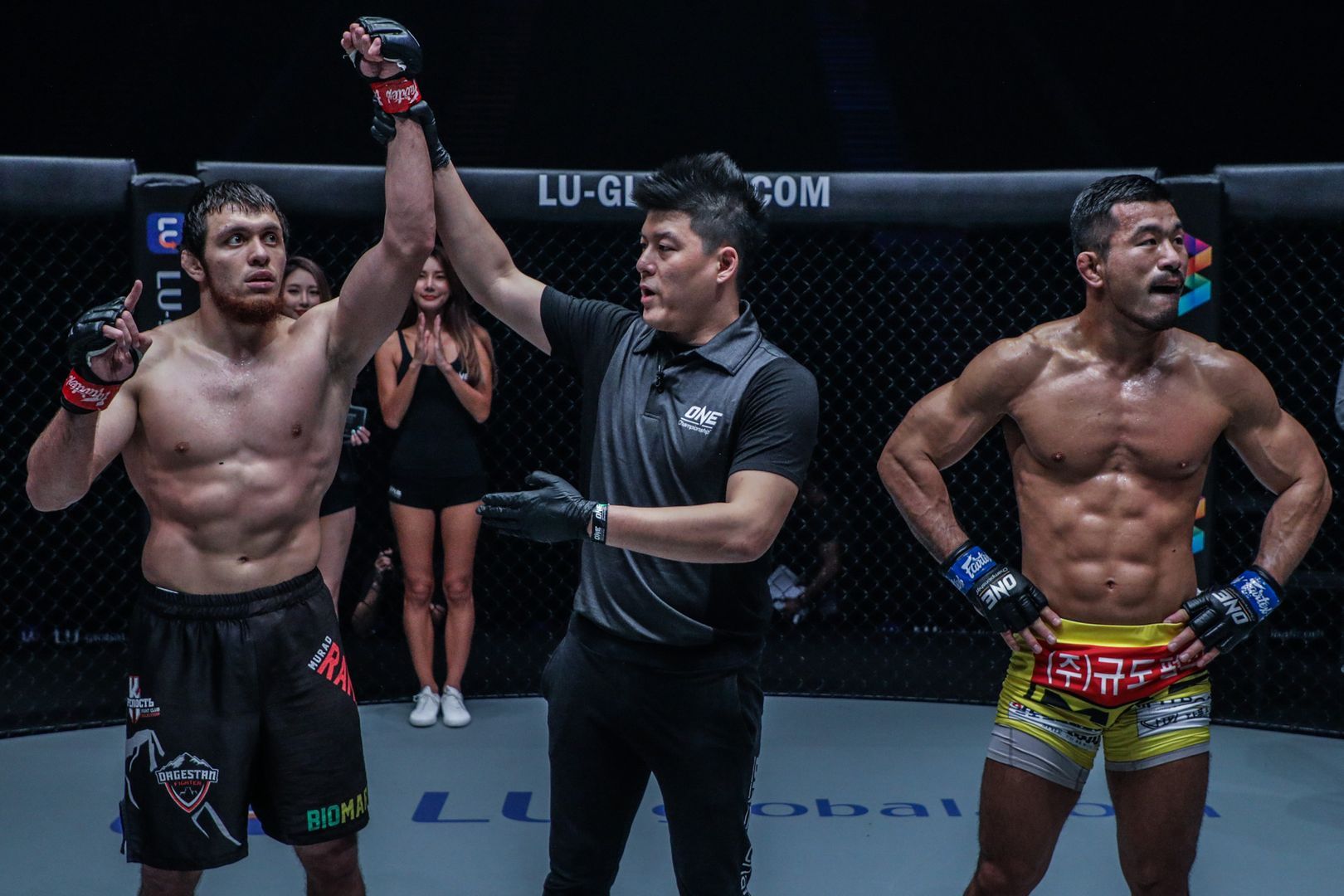 ONE: What does it mean for you to be a part of the ONE roster and what would you like to achieve in ONE’s welterweight division?

MR: I have been following ONE for a long time and always wanted to be a part of it. When I was younger, I had Marat Gafurov’s ONE-branded gloves – that was before he became ONE champion.

Now, I am in ONE myself, and knowing that I can go far with ONE gives me a lot of motivation. I think ONE made the right decision with me, and soon I will show everyone that I deserve a shot at gold.