In the second fight of the night, eight-time Brazilian Jiu-Jitsu world champion Michelle Nicolini lived up to her IBJJF Hall of Fame credentials.

On Friday Night, 21 April, Nicolini entered the Mall Of Asia Arena in Manila, Philippines, and submitted five-time wushu world champion Irina Mazepa in their strawweight encounter at ONE: KINGS OF DESTINY. 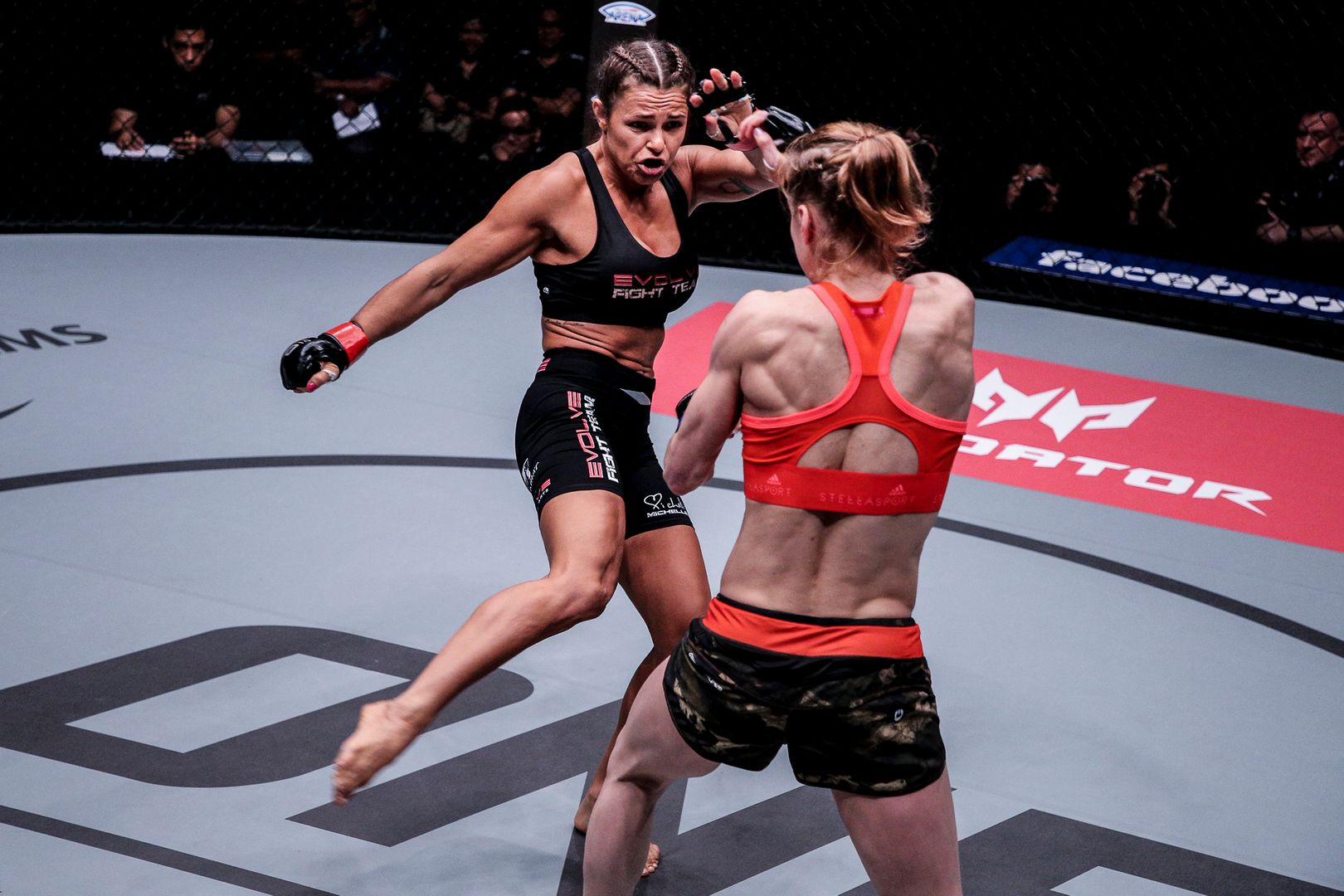 The two dynamic female mixed martial artists tested the waters on the feet for the first thirty seconds of the contest, but Nicolini, who trains with other BJJ and Muay Thai world champions at Evolve MMA, wasted no time in taking the fight to the canvas, and immediately ended up in side control.

Nicolini controlled Mazepa’s position and moved effortlessly into the mount. After attempting a belly-down armbar, the Brazilian was swept to the bottom. For a moment, it looked as if Mazepa was about to inflict some damage. 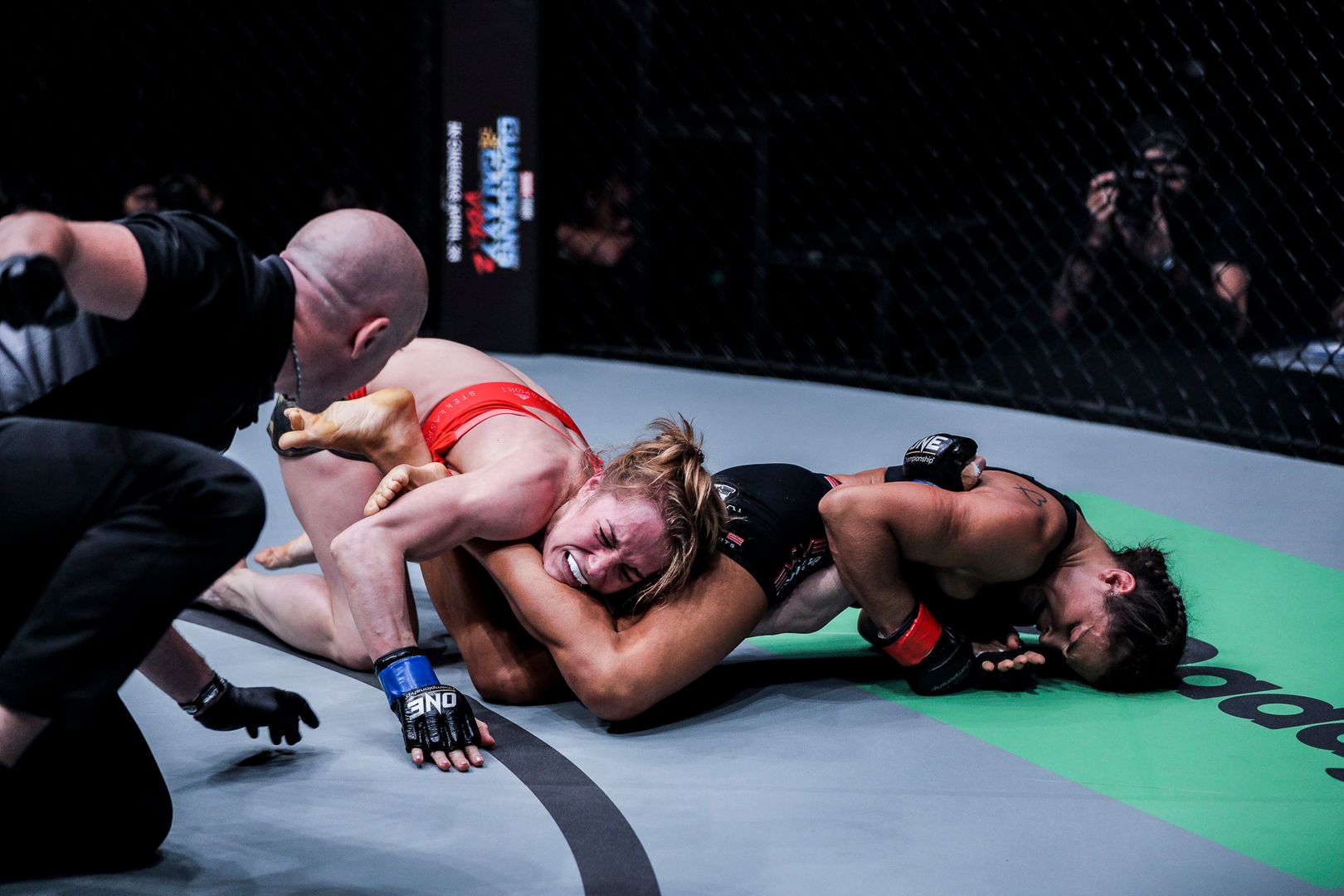 However, it was not meant to be. Nicolini was very comfortable, and knew exactly what she was doing. She was able to lock in another armbar, which forced the St. Petersburg, Russia native to tap out at the 2:11 mark of the opening stanza.

Following the fight, Nicolini pleaded for the inauguration of the ONE Women’s Strawweight World Championship. If a world championship for the division does materialize, the Evolve MMA product will undoubtedly be a top contender.

Nicolini moves her record to 4-1. As for Mazepa, she receives the first defeat of her career, and slips to 2-1.