Martial arts is the driving force in Michelle Nicolini’s life. When a significant portion of someone’s time is spent making Brazilian jiu-jitsu history, then onto a budding MMA career, training is almost everything.

The eldest of two children, the Brazilian got her first taste of martial arts at 14 years old, when she began training in capoeira. It was something that made her mother very happy, as it instilled a greater sense of Nicolini, keeping her out of trouble.

After a few years of practice, Nicolini tried her hand at competitions and tournaments. The competitive spirit in her did not stay in the gym, and it was not long before she looked for another martial arts mountain to climb. 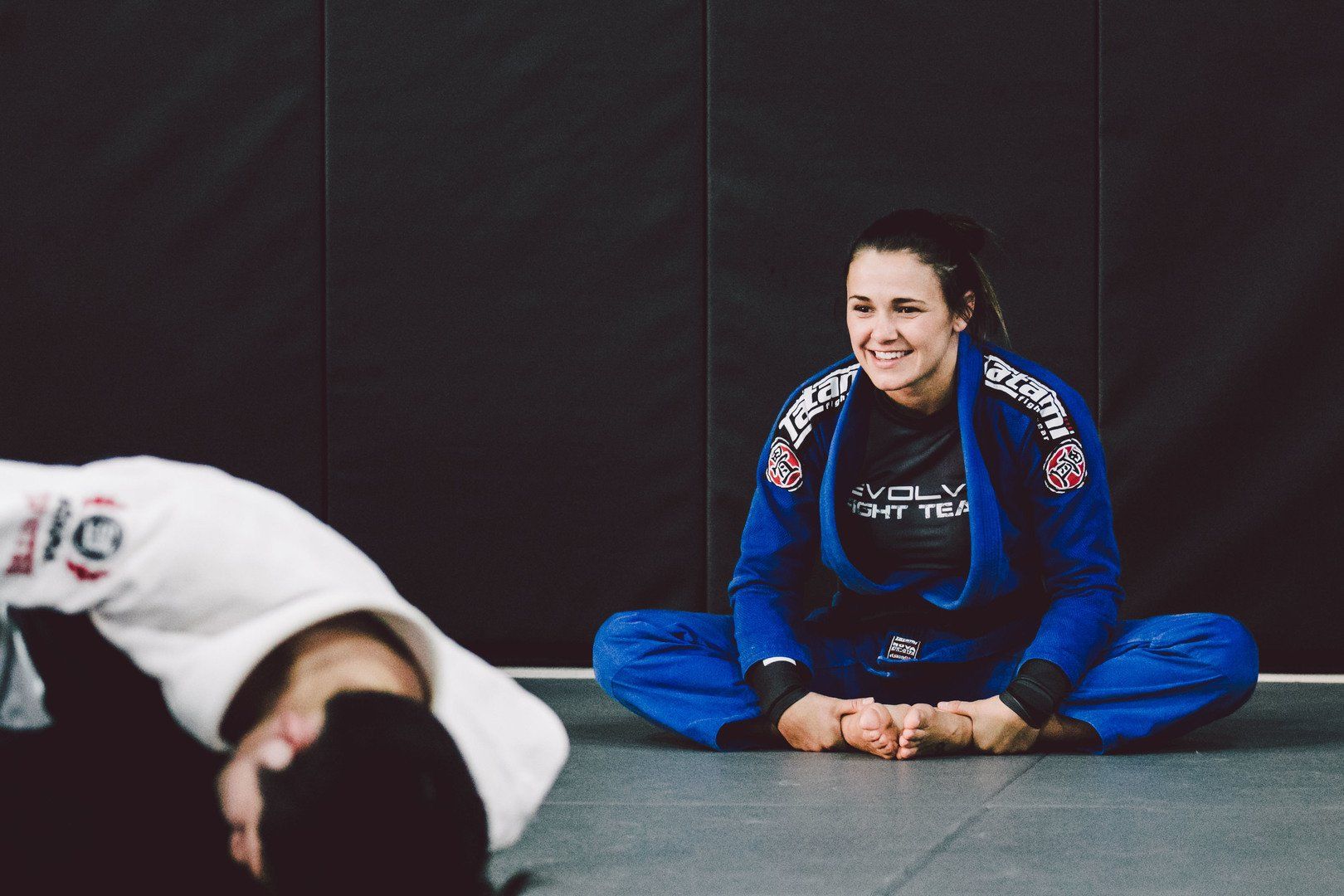 At the suggestion of a friend, Nicolini picked up BJJ. Despite her capoeira background, the new martial art was far from an easy pick up.

“In the beginning, I was not sure,” she admits. “I did not have the technique. I had a very hard time on the mat, but I told myself I needed to learn this.”

Complicating matters for Nicolini was the lack of recognition for the sport in her home country. Though appropriately named Brazilian jiu-jitsu, the budding martial art was not all that popular with Brazilians at the time.

“People did not know [what it was],” she explains. “Even after I started training, I told people I trained in BJJ, and they would say, ‘What else?’ They did not see this as a career path. Everybody thinks it is very popular in Brazil. Back in the day, it was not.”

Nicolini continued to hit the mat. After a few months, she participated in local competitions. The results, however, were less than desirable.

“I tried three times and I lost all three,” she says. “I told myself I was not going to compete anymore.” 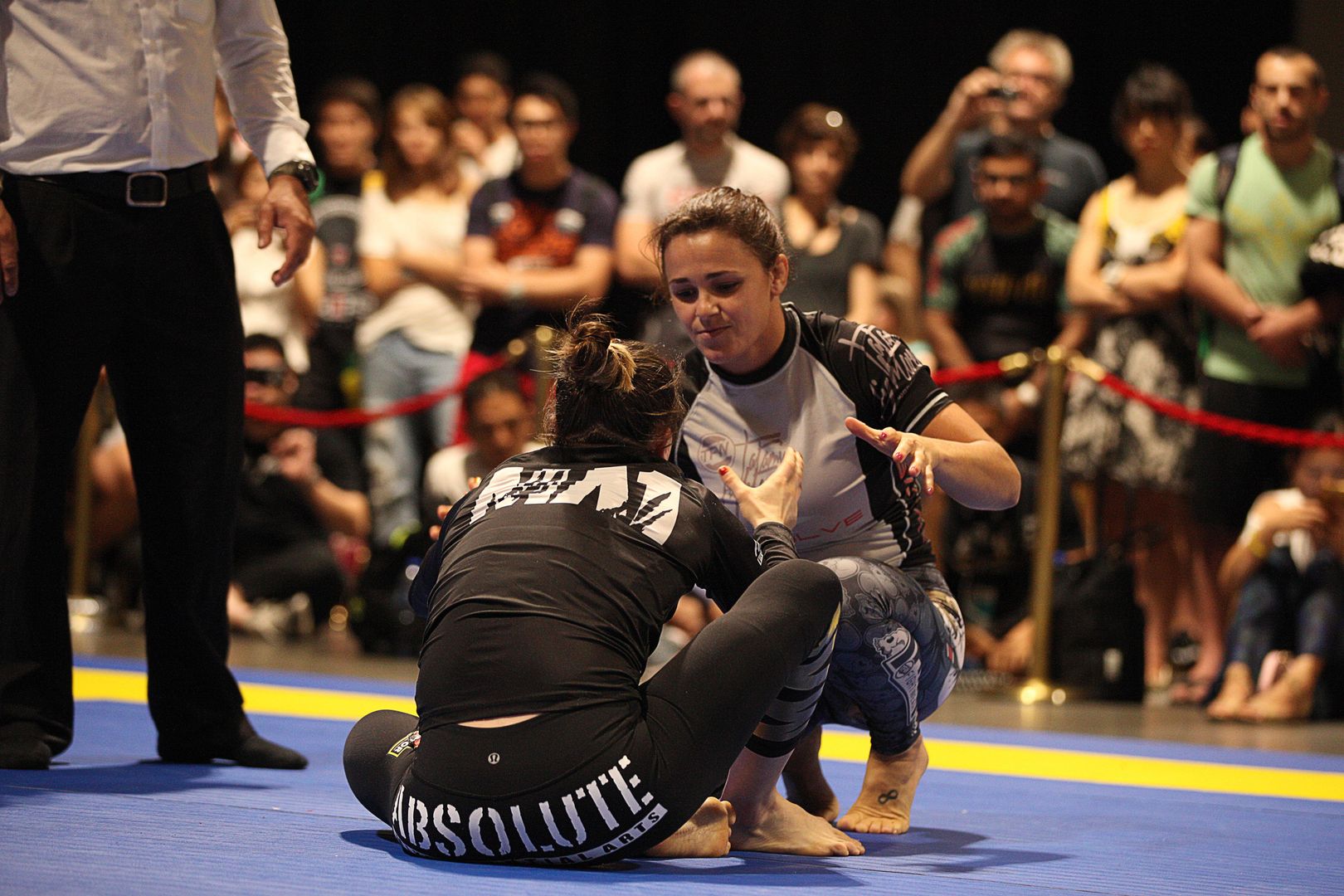 Near the end of her rope with the gentle art, Nicolini made one critical change that propelled her to heights she previously thought were out of reach.

“I went to [famed BJJ coach] Robert Drysdale,” she remembers. “He started to work with me, and he made me more confident to try again. So I tried, and I won.”

Drysdale refined her game. She went from doubting whether she wanted to continue training to becoming an eight-time BJJ World Champion and an International Brazilian Jiu-Jitsu Federation Hall of Famer.

After accomplishing all she could on the mat, Nicolini traded in her gi for a pair of four-ounce MMA gloves, completing her full transition into mixed martial arts last November at ONE: DEFENDING HONOR.

It took Nicolini two minutes and sixteen seconds for her to announce her presence, as she dominated Egyptian wrestler Mona Samir and submitted her with a modified rear-naked choke.

Now firmly entrenched at Singapore’s Evolve MMA gym, Nicolini spends her days rounding out an exceptional BJJ game with world-class striking and grappling. With a pair of new skills in tow, the Brazilian promises to bring a new and improved version of herself at ONE: KINGS OF DESTINY on Friday Night, 21 April. There, she faces wushu world champion Irina Mazepa in Manila’s Mall of Asia Arena.

“[Fans] can expect me to give my best. One hundred percent, for sure,” she says. “I am super excited to fight again. I have improved a lot since I have been at Evolve. I hope I can show a different Michelle Nicolini in the cage.”