Michelle Nicolini made quick work of Mona Samir at ONE: DEFENDING HONOR.

Nicolini, an eight-time Brazilian jiu-jitsu world champion, dominated the Cairo, Egypt, native in-front of a packed crowd at the Singapore Indoor Stadium on Friday Night, 11 November, and submitted her via rear-naked choke at 2:16 of the first round.

“You know, in my previous fights, I used to be very nervous. I used to step into the cage and [I was] shaking,” Nicolini admits. “But I think our teamwork was working so good and I felt, just now, I was so confident I would win.

“A very positive vibe was coming to me from the guys (at Evolve MMA), and I feel great going out there and fighting. 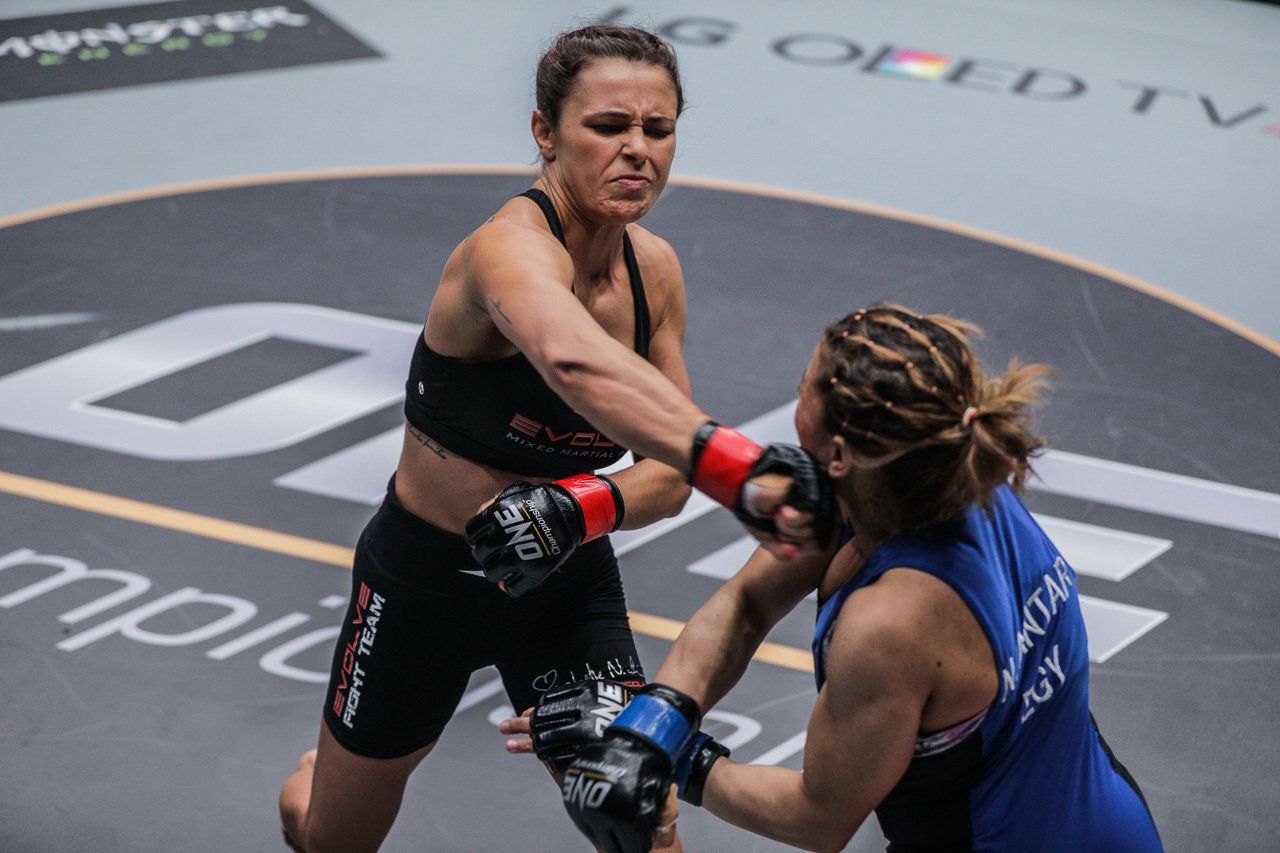 The Brazilian strawweight, who trains at Evolve MMA, marched forward and exchanged a few shots with the Egyptian Top Team product before latching onto her and taking her down.

For Samir, an Egyptian wrestling champion, it was all downhill from there.

Step by step, Nicolini slowly worked in the rear-naked choke and tightened up her body with every single advancement. Though Samir desperately tried fending her off, it was no use. 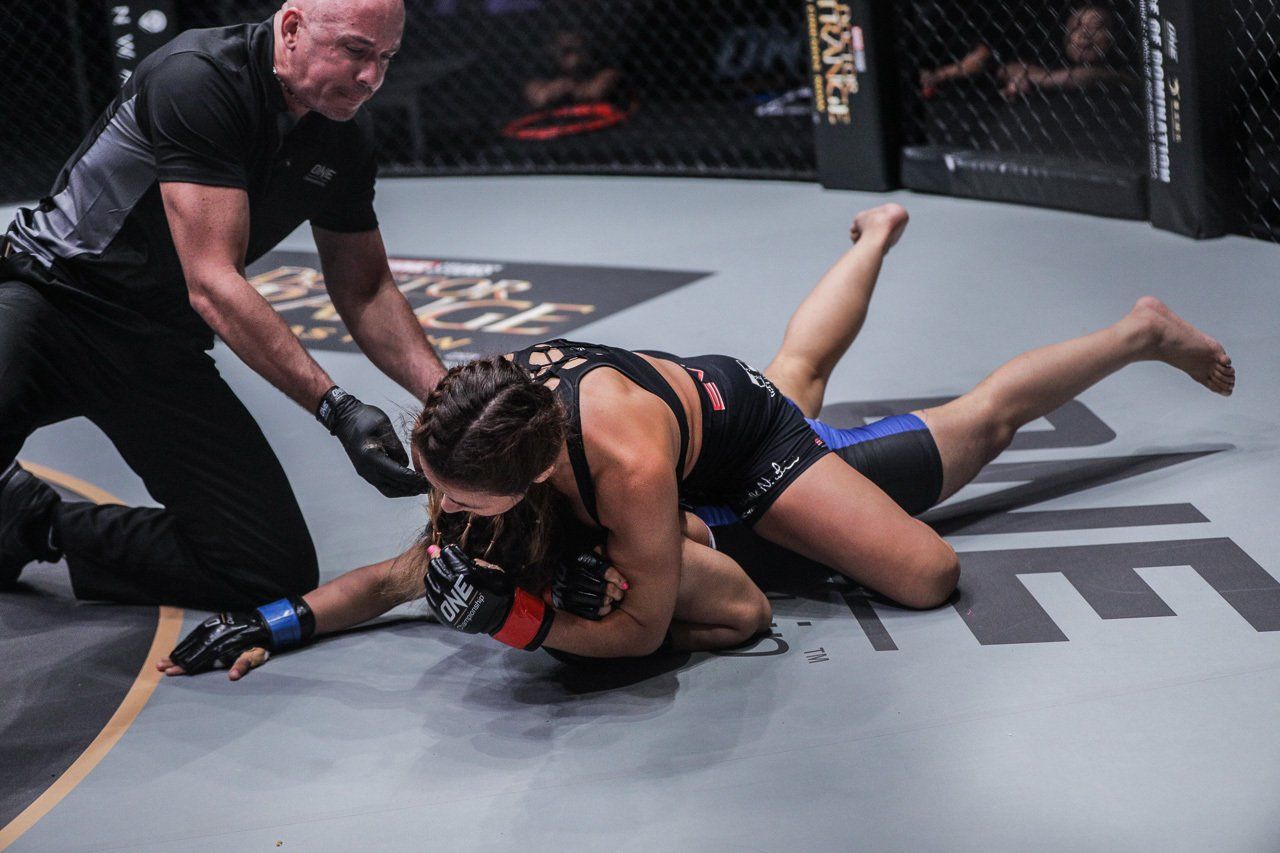 The BJJ black belt flattened her out and slid one arm under her chin, which immediately caused the Egyptian to tap.

Nicolini has her eyes on the prize. She is successful in her ONE Championship debut and pushes her record to 3-1. Samir drops to 1-3 and remains winless in the organization.