On Sunday, 13 October, the Japanese women’s atomweight scored her second win against Jenny “Lady GoGo” Huang – this time via unanimous decision – at ONE: CENTURY PART II.

The Tokyo native was made to work a lot harder for the victory than the first time they met in June 2017, so she was delighted to get her hand raised after 15 grueling minutes. It was also a huge thrill for the DEEP Jewels Featherweight World Champion to get her hand raised with the people closest to her watching on from the stands in the Ryogoku Kokugikan.

“I’m so happy to perform in my hometown. I had a lot of friends and family cheering for me today,” she said.

“Of course, they’re people who watch ONE Championship on the app all the time, but today, they were able to see it live, so that was a very exciting thing for an athlete.

“I’m so excited to show my bout live, so I had a really good feeling in the cage.”

The win brought the 36-year-old’s winning streak up to four bouts, which puts her head and shoulders above every other contender in her weight class.

That, she believes, means she should be next in line to go for the gold.

“I won this fight, so that’s four wins in a row, so I really want to challenge Angela Lee for the atomweight World Title,” she said.

The ONE Women’s Atomweight World Champion defended her belt in the main event of ONE: CENTURY PART I, but she seems to want to complete her trilogy with “The Panda” Xiong Jing Nan again before she takes on another challenger.

However, ONE Chairman and CEO recognized Yamaguchi’s claim at the post-event press conference and left the door open for her to get her wish.

“I’ll talk to Angela, but I support [Lee vs. Yamaguchi III]. I think it would be a great fight again,” he said.

“Let her celebrate and enjoy her vacation first, [and then we will decide].” 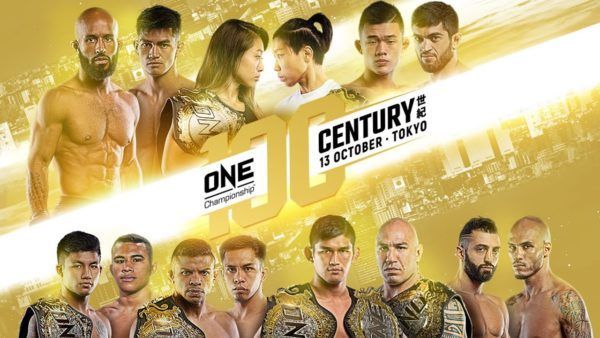