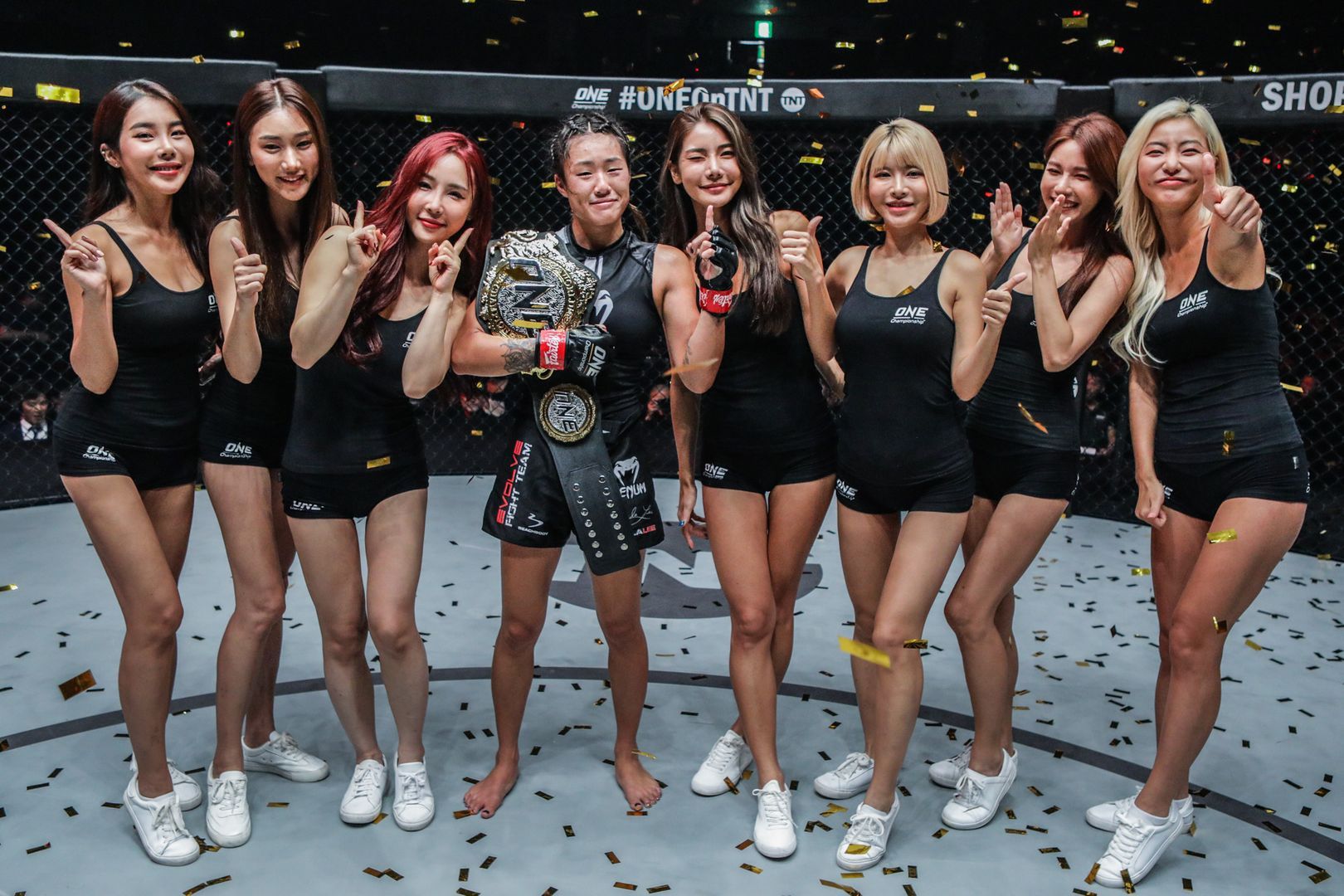 In a career littered with incredible victories, “Unstoppable” Angela Lee might have just topped them all at ONE: CENTURY PART I.

The Singaporean superstar got her redemption over “The Panda” Xiong Jing Nan after a thrilling back-and-forth tussle at the Ryogoku Kokugikan in Tokyo, Japan on Sunday, 13 October.

“Unstoppable” suffered her first defeat in March when she challenged the Chinese athlete for the ONE Women’s Strawweight World Title, but seven months on and with her own belt on the line, she evened the score.

“I’m just so happy. It really feels like a complete blur of events that just happened,” says the ONE Women’s Atomweight World Champion.

“I pushed hard every single round, and I knew I had to finish this woman. I knew she was going to be tough, but I wanted to go for the finish.”

It was never going to be easy, and Lee had to face “The Panda’s” powerful striking once again, but this time, she was able to endure and overcome those moments of intense pressure.

She credits the defeat in their first meeting for making her train even harder. That added fuel to her fire and put her in a position where her conditioning could see her through.

“I truly believe it’s all in the preparation, and that was the main difference between the fight in March and the fight here today,” explains the 23-year-old.

“I trained harder than ever for this fight. I was able to push the pace in each round, and I felt confident. The worst feeling you can have is going into the next round, and you’re like, ‘Oh my god, I’m gassed, my legs aren’t working, what do I do?’ 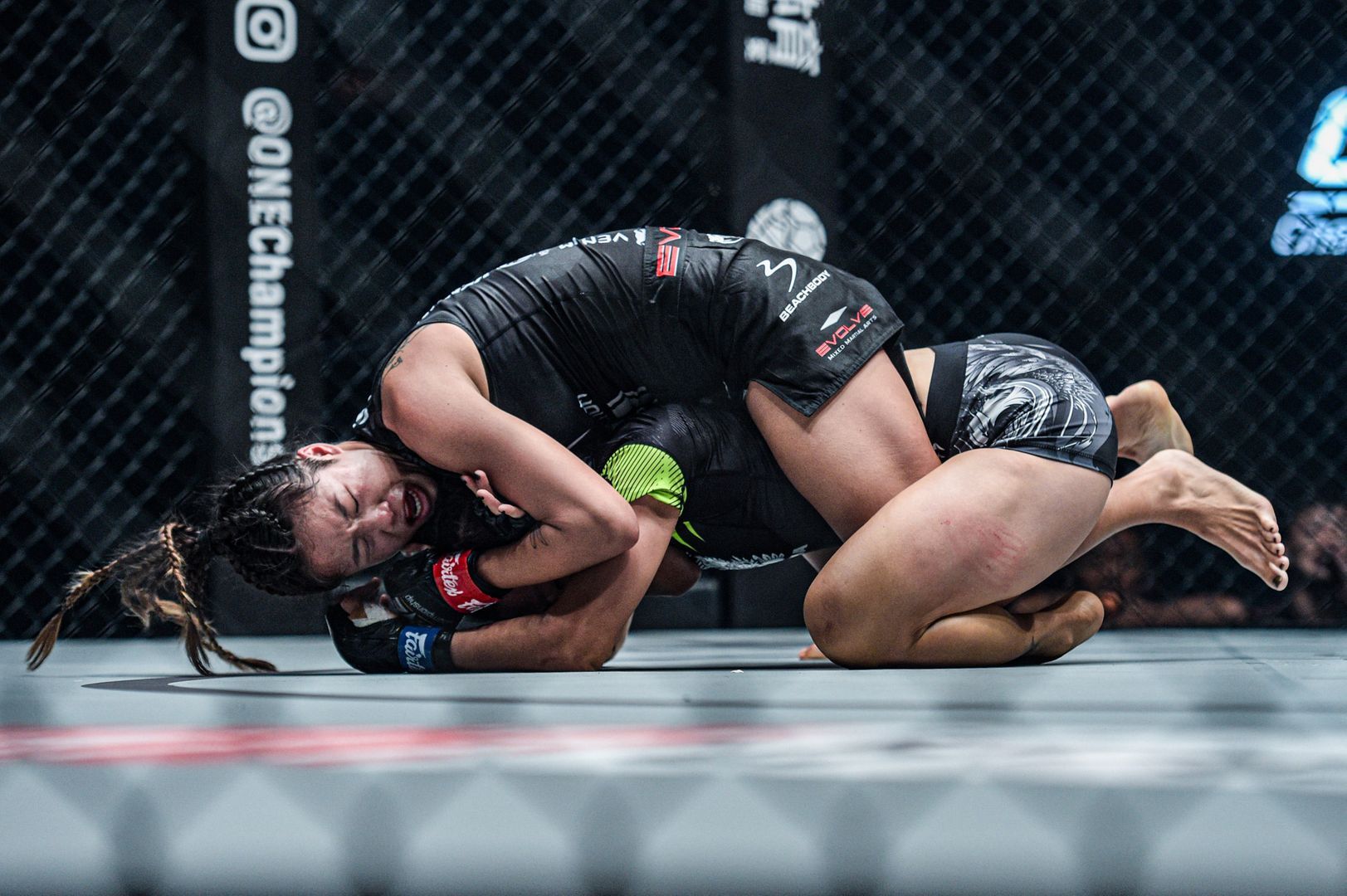 In their contest at ONE: A NEW ERA, Lee came close to finishing her rival in the fourth round, but hand no energy after her all-or-nothing pursuit of the stoppage. This led to Xiong taking control in round five, and finishing with a crushing TKO.

This time, the tables were turned. “The Panda” dropped Lee with a left hook in round four, but the United MMA and Evolve representative came back to secure the victory with a rear-naked choke in the final stanza – despite the fact she had not recovered from the knockdown.

“Honestly, in the last round, I couldn’t think straight. I really was in a daze, I was rocked. The only things that kept me going were the voices of Christian and my dad in my corner,” admits “Unstoppable.”

“I got myself to a good position, and I was able to look over and see my corner. Once I made eye contact with them, I was able to hear their voices, and hear them tell me what to do.

“They said, ‘Keep your position, stay on the back, don’t ride too high. Okay, now look for the finish, it’s there.’ So, I really owe it all to them. They coached me through this victory.” 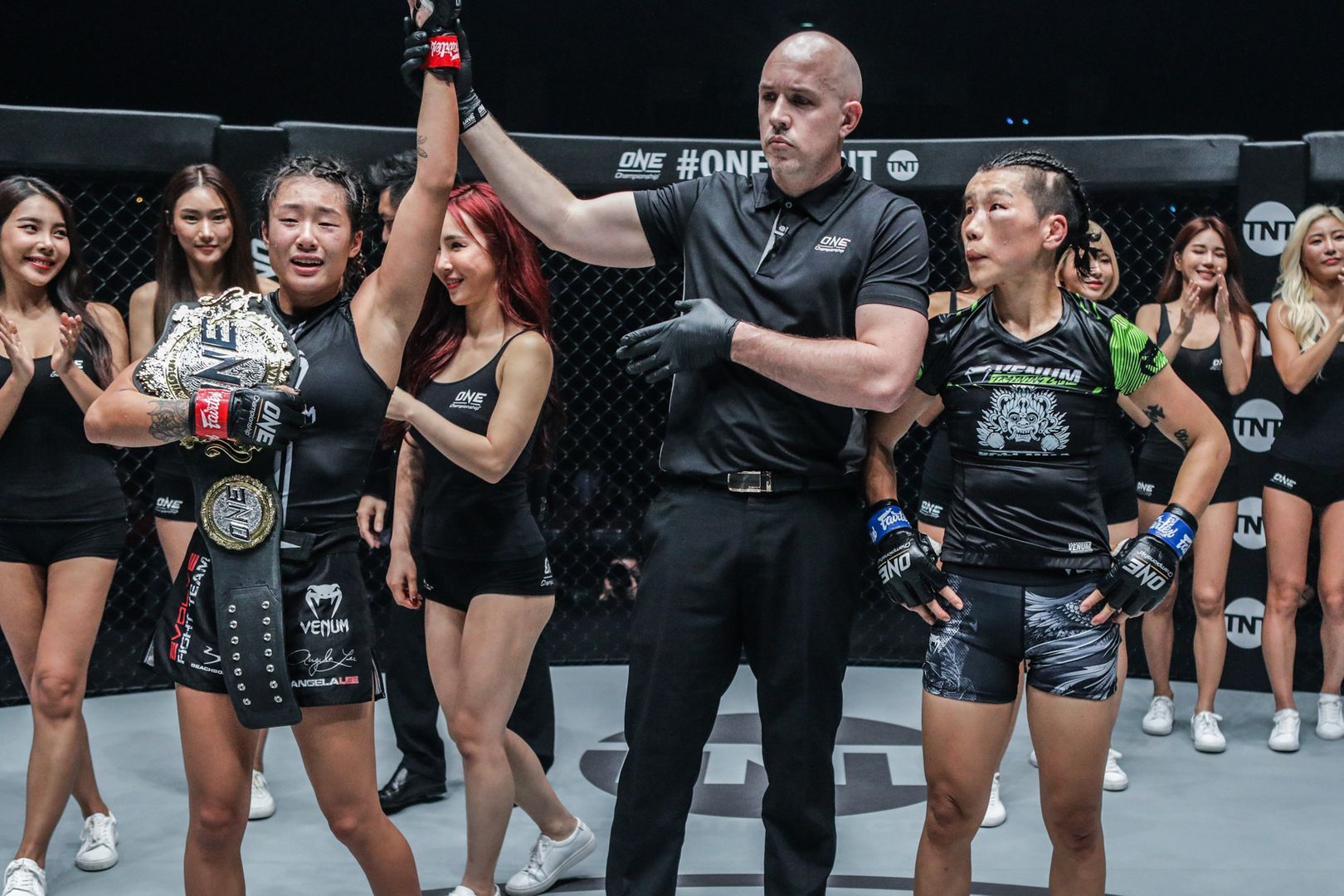 Now that the atomweight queen has leveled the scores with her Chinese adversary, she wants to renew her attempts to make history as The Home Of Martial Arts’ first women’s two-division World Champion.

That could lead to a rubber match between the two superstars, but whoever is at the helm of the division will be in Lee’s sights.

“I want to be champion [at atomweight] forever, but for me, I’m not content here,” she reveals.

“I truly feel that I have something to prove at strawweight, and I want to go after it, even if my first two matches didn’t go my way. I’m not discouraged. I’m going to come back and make a statement in the strawweight division.”