Shinya “Tobikan Judan” Aoki was the hometown hero once again in Tokyo, Japan, as he scored a signature submission victory to add to his highlight reel.

Aoki needed just 54 seconds to submit Honorio “The Rock” Banario via D’Arce choke at the historic ONE: CENTURY PART II event at the Ryogoku Kokugikan on Sunday, 13 October.

Aoki wasted no time after the opening bell rang and quickly secured a body lock to set up a takedown inside the first 30 seconds.

As soon as the contest hit the ground, the result seemed like a formality for “Tobikan Judan” as he landed in half guard. The Evolve representative pressured the Filipino into exposing his neck, and then pounced the instant an opportunity to finish opened up.

As “The Rock” looked to break free, the Japanese submission specialist quickly transitioned to a tight D’Arce choke that left no room for the man from Team Lakay to escape. The tap came just a few seconds later as the Tokyo crowd went into a frenzy. 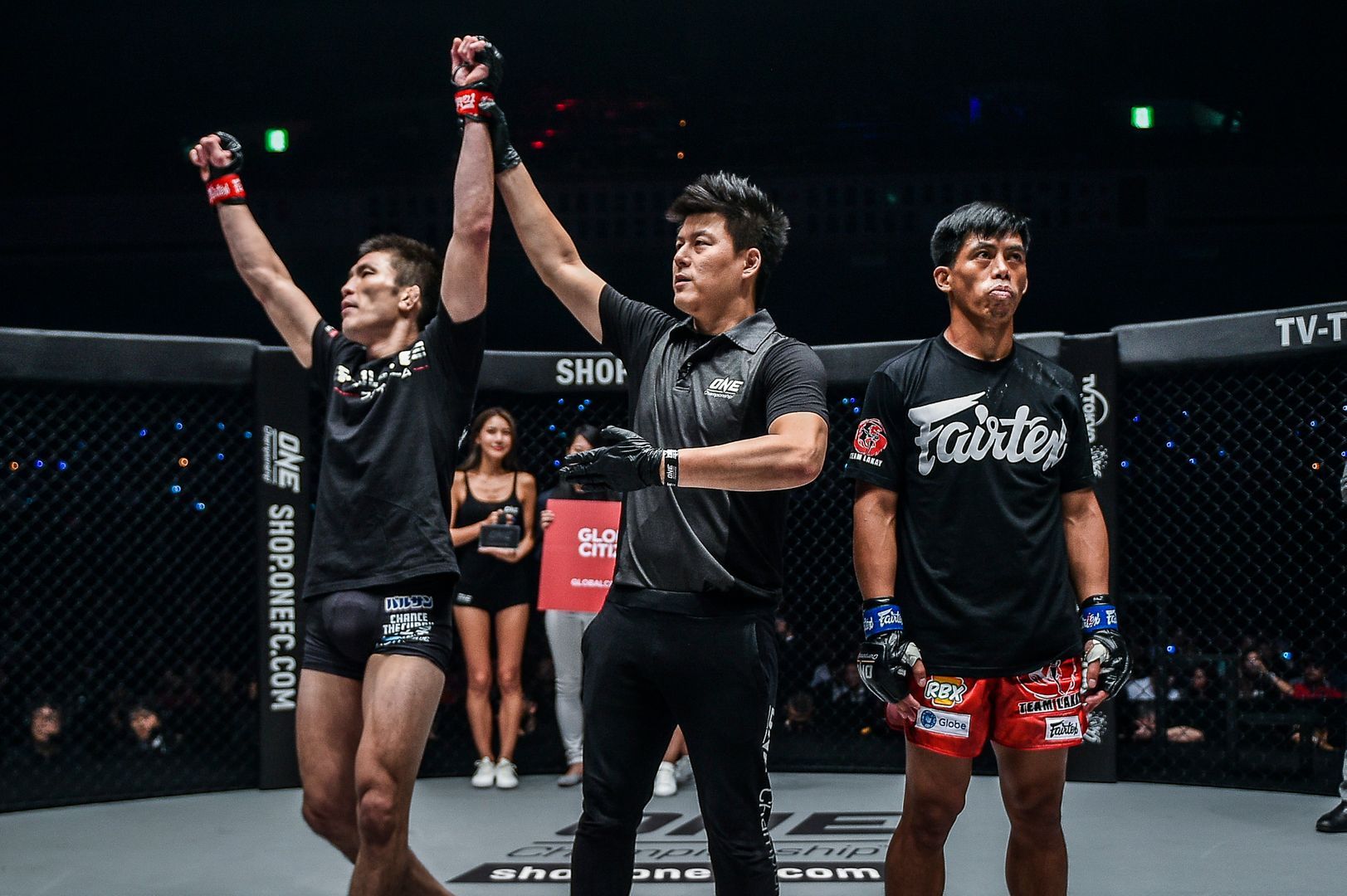 Aoki’s 29th career submission improved his record to 44-9 (1 NC) and proved that he is still one of the most dangerous athletes in his division at the age of 36.