Mehdi “Diamond Heart” Zatout (75-38-1) is ready to show he is fully prepared to be more than a match for the best strikers in the world.

In June, the Frenchman stepped up on short notice to make his ONE Super Series debut against two-time Muay Thai World Champion Tukkatatong Petpayathai. He pushed the veteran from Thailand for three rounds, but fell on the wrong side of a unanimous decision.

Although Zatout – a multi-time kickboxing champion – feels like he could have done more to win the match-up, he is leaving the past behind and focusing on the future.

“You always think about what you can do better and better. I had these thoughts after the fight, but he caught me, and I accept that,” the 35-year-old says.

“I think I’ll be much better this time than I was the last time.” 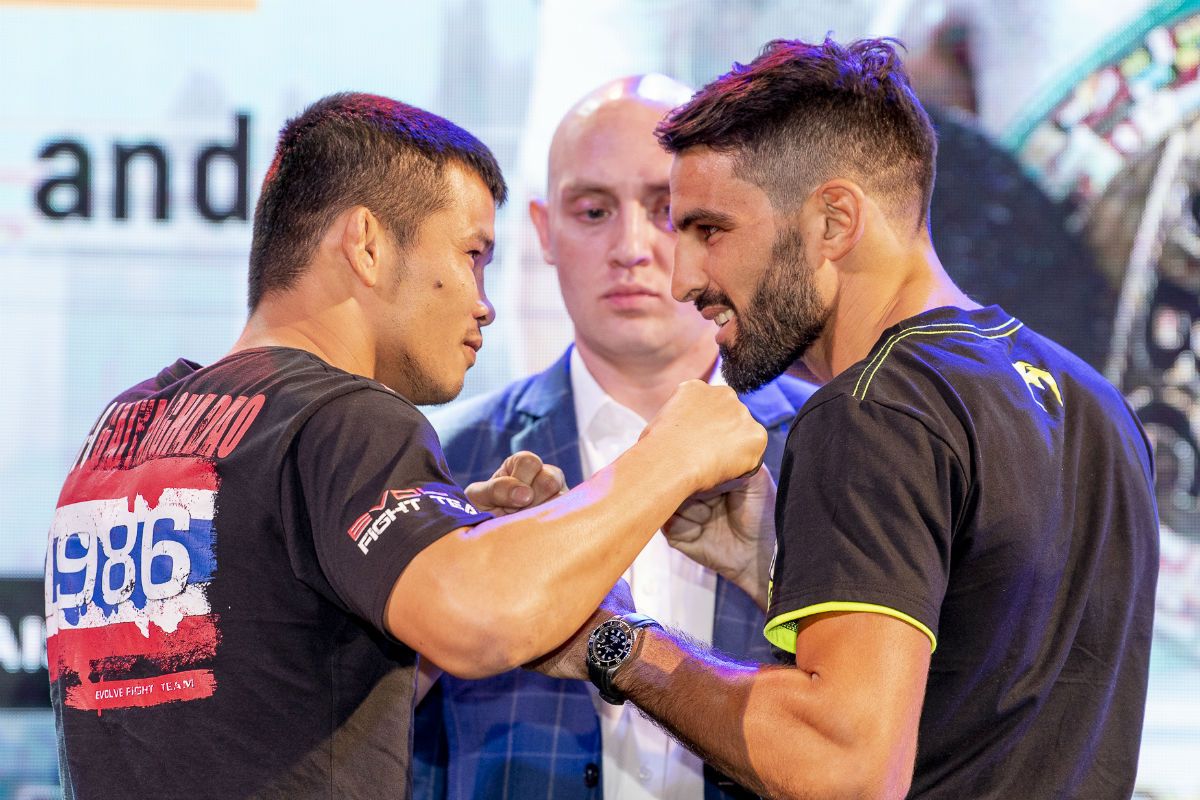 Zatout will make his return to ONE Super Series on Saturday, 6 October.

He is scheduled to face four-time Lumpinee Stadium World Champion Nong-O Gaiyanghadao (256-54-1) in a Muay Thai bantamweight clash at ONE: KINGDOM OF HEROES, which takes place at the Impact Arena in Bangkok, Thailand.

Much like Tukkatatong, the 31-year-old Thai is an icon of the sport with a remarkable record.

Nong-O also trains alongside Tukkatatong at Evolve in Singapore, and “Diamond Heart” has noticed a lot of similarities between the two martial artists, which he believes he can exploit to supercharge his status in ONE Super Series.

“It’s the same style, except Nong-O is [orthodox] and Tukkatatong is a lefty,” he explains.

“I like his style. It’s also my style. It’s a very technical style, and I like that. I can play on what he wants and what he likes. I have a game plan, but he doesn’t know about that.” This time, Zatout has had a full eight weeks to prepare at his co-owned facility Venum Training Camp Thailand in Pattaya, and he has come up with a strategy to defeat the Muay Thai icon.

“Diamond Heart” believes his skills are a match for Nong-O’s, and he has a few physical assets that will lead him to victory.

“My advantage is my cardio and my speed,” the Frenchman explains.

“He’s got speed, but I looked at his last fight, and his body is not the same. I care about my body a lot, so my body is very good and very strong.”

If everything goes to plan, Zatout hopes to celebrate his first victory in ONE Super Series, which would be one of the biggest wins of his career.

“It’s very big,” he says. “Not very many people beat Nong-O. He’s not the typical Thai fighter because a lot of the guys in Thailand all do the same things.

“Nong-O is a very technical guy. He has good eyes, and he is very smart.”