China National wrestling champion “The Southern Eagle” Ma Hao Bin continued his rise up the ONE flyweight ranks on Friday, 26 January, as he secured a hard-earned unanimous decision victory over Bulgaria’s Sotir “The Trouble” Kichukov at ONE: GLOBAL SUPERHEROES in Manila, Philippines.

Ma, the 2016 ONE Changsha Bantamweight Tournament Champion, came out swinging. He loaded up with powerful strikes, and scored to the head and body in early exchanges as he looked to land cleanly on Kichukov. Days earlier, Ma expressed his desire to get a first-round knockout, and tried his hardest to achieve just that.

"The Southern Eagle" displayed new layers of his striking game, picking up a unanimous decision over Sotir Kichukov!

Kichukov looked comfortable in the striking exchanges, but had to be on his guard when Ma went to his wrestling game mid-way through the opening round.

A solid left hook opened up an opportunity for a single-leg takedown, but Kichukov rallied well from his back, using a guillotine choke attempt to improve his position and get back to his feet. The Bulgarian had won the Chinese wrestler’s respect, as Ma offered a high-five at the conclusion of the opening stanza.

The Nangchang, China native turned up the pressure in the second round, using his wrestling to pressure Kichukov and keep the Bulgarian guessing. That hesitancy opened up opportunities for Ma to land more cleanly with his strikes, as he mixed up punches with takedowns to put “The Trouble” in real trouble in the final stages of the frame. 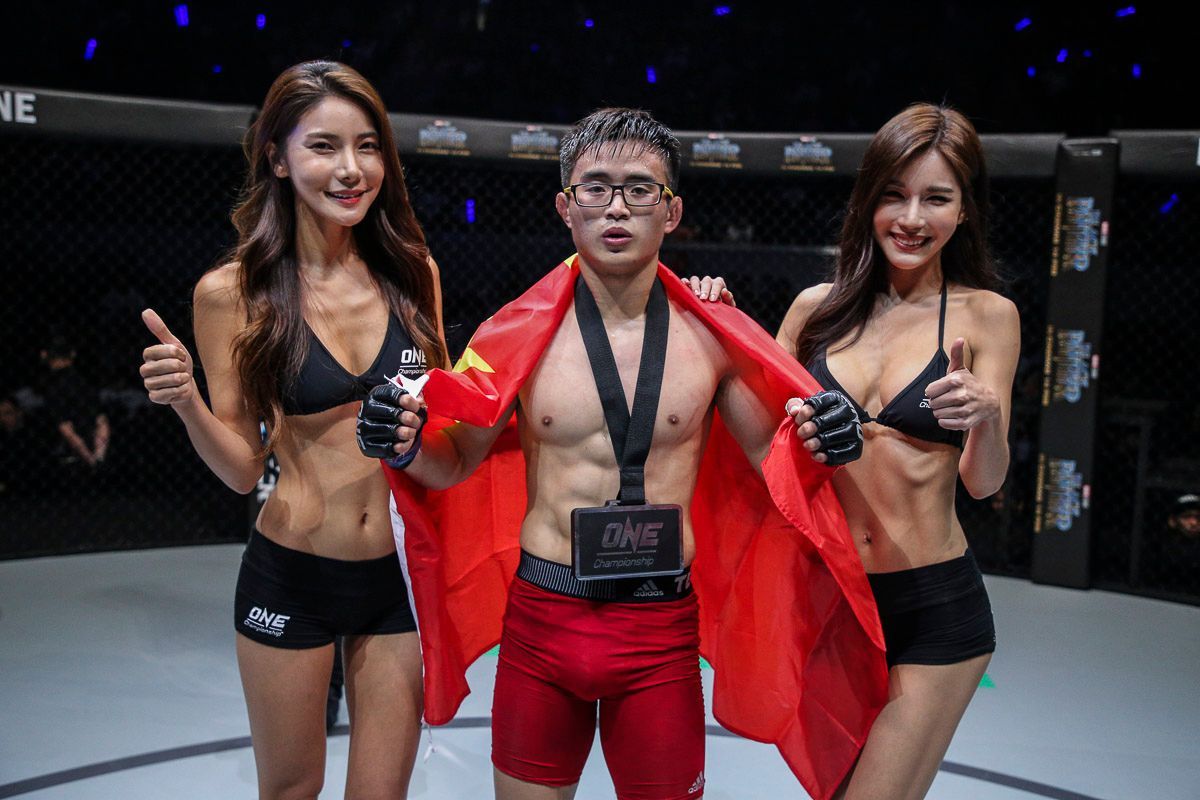 Kichukov upped his intensity in the third and final stanza, perhaps sensing he was behind on the scorecards. He planted his feet and started to load up on his shots in the opening moments of the round. Ma slowed down, opting to throw powerful single shots before a flurry of knees led to the Chinese athlete briefly being taken to the mat for the first time in the contest.

“The Southern Eagle” looked to be tiring, right as Kichukov poured on the pressure. With the clock running down, however, Ma reversed the position and finished the contest on top, landing some solid ground and pound.

Ultimately, the Chinese wrestler’s dominance in the opening two rounds of the bout proved to be crucial. He earned a unanimous decision from the judges to claim the tenth win of his professional career.