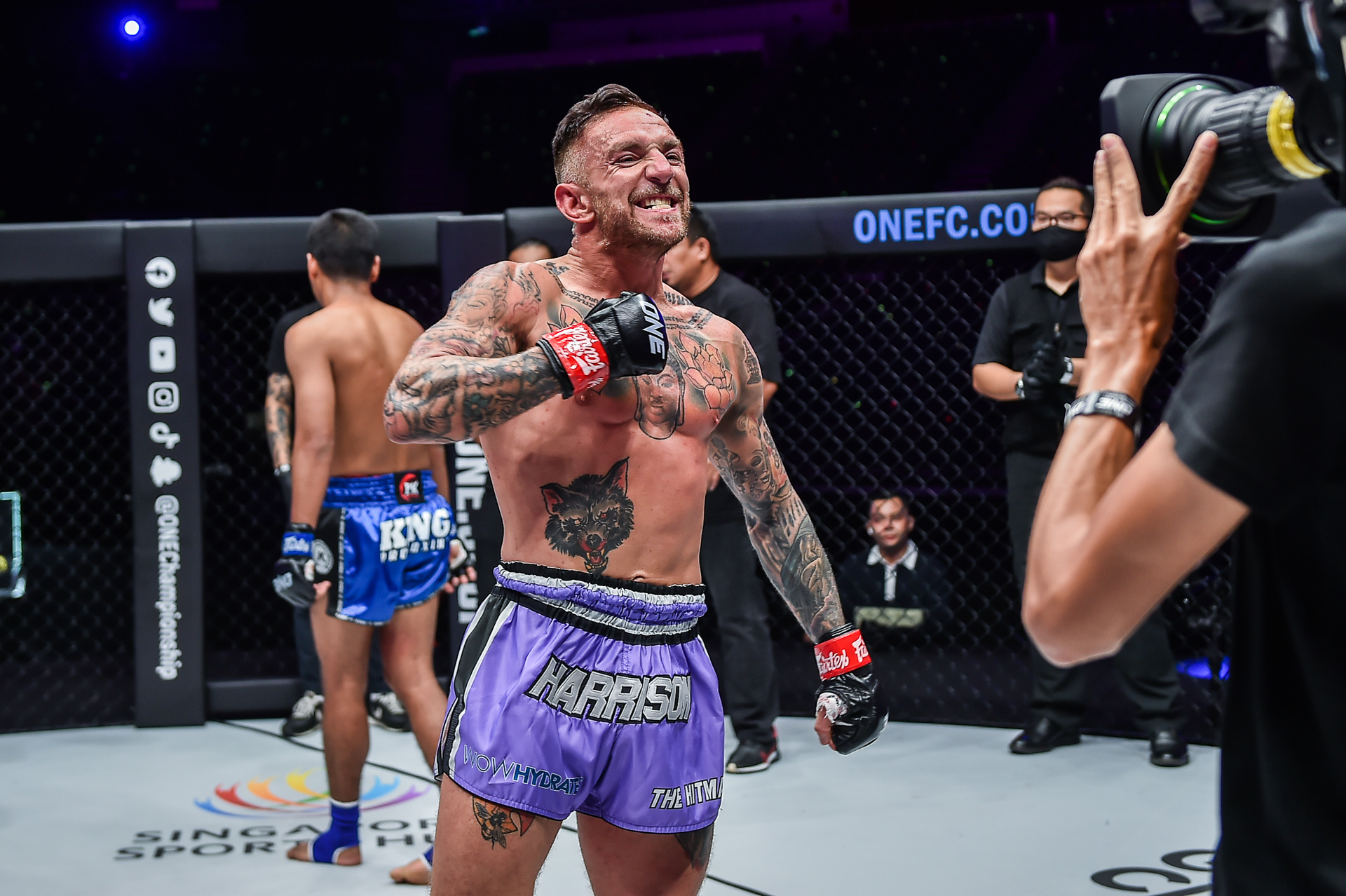 It’s officially May, and that means there has been a fresh new update to the ONE Athlete Rankings.

Most of the divisions didn’t see any movement, but a trio of beloved superstars – Liam Harrison, Gustavo Balart, and Dayane Cardoso to be exact – helped to shake things up a little bit.

Below, we break down all the latest changes.

The top-five rankings of the strawweight MMA division have undergone a face-lift.

Jarred Brooks submitted top-ranked contender Bokang Masunyane at ONE 156: Eersel vs. Sadikovic on 22 April to claim the #1 spot.

That first-round submission win also earned the American star the next crack at Joshua Pacio’s ONE Strawweight World Title. As for Masunyane, the loss bumps him down one spot.

That outcome set off a chain reaction for the rankings panel. As a result, Hiroba Minowa moved up to the third spot, Balart entered the strawweight rankings at number four, Saruta slid down to number five, and Jeremy Miado was pushed off the list entirely.

The top of the bantamweight Muay Thai division was left untouched, but Liam Harrison clawed his way into the fifth and final spot with an extraordinary showing at ONE 156.

“Hitman” engaged in a wild brawl with “Elbow Zombie” Muangthai PK.Saenchai. After being dropped twice in the opening stanza, the British slugger mounted a jaw-dropping comeback to knock his Thai rival down three times and get the first-round TKO victory.

That victory earned him a US$100,000 performance bonus, a shot at ONE Bantamweight Muay Thai World Champion Nong-O Gaiyanghadao‘s belt, and the #5 spot in the rankings.

The bottom half of the women’s strawweight MMA rankings has also experienced a makeover.

That second-round TKO victory caused the Brazilian to leapfrog Miura in the rankings. And though the Japanese athlete lost, she appeared to suffer a shoulder injury and the panel ultimately decided to keep “Zombie” in her rightful spot.

ONE Women’s Atomweight World Champion Angela Lee has been pushed to the fifth and final spot, while Jenelyn Olsim fell off the rankings.