A patient Leandro Ataides struck suddenly with thunder with six seconds left in the second round of his middleweight ONE contest against Mohamed Ali to win by flying knee KO. The bout took place at ONE: AGE OF DOMINATION at Manila’s Mall of Asia Arena on Friday, 2 December”

The victory allowed Ataides to snap a three-fight losing streak on his daughter’s birthday, in a bout he had dedicated to his sister who died tragically earlier this year.

“I dedicated this fight to my sister,” said Ataides emotionally after the bout. “She passed away, but I know wherever she is, she watches over me, and now I can say, ‘look at me, I did great’. I do my best for her and my family.”

The first round saw both men stay largely out of range, firing and mostly missing with powerful strikes. Early on, Ali caught a kick of the Brazilian’s to score a takedown, but Ataides was quick to pop back up to his feet.

With under a minute left in the round, it was Ataides’ turn to take things to the mat, as he shot in and scored with a double-leg takedown. Ali held on for a while with double overhooks from underneath in his own half guard, and then managed to get back to his feet. 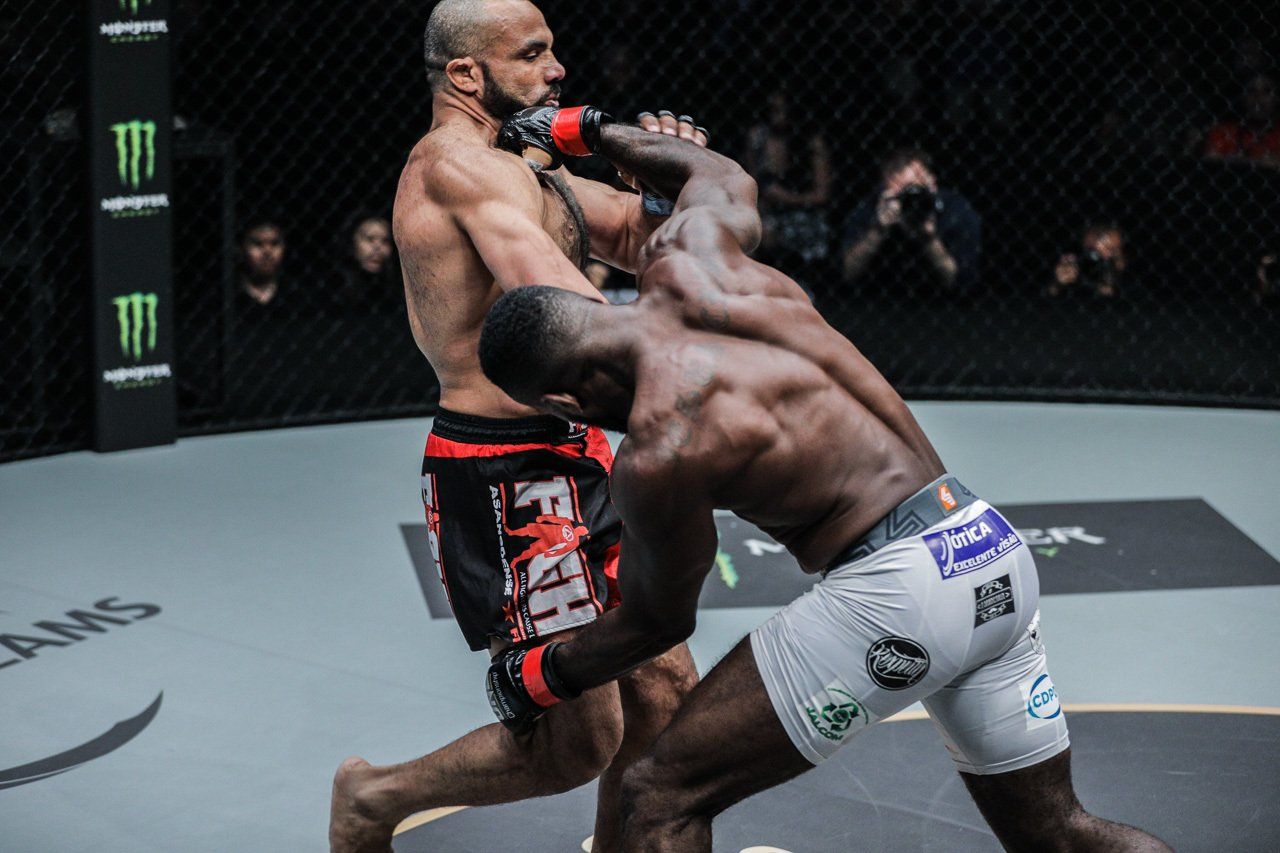 In the second round, Ataides once again found himself momentarily on his seat after kicking and taking a punch to the head at the same time. Once more, however, he quickly regained his footing and soon wobbled Ali with a right punch after Ali missed with a knee strike.

Ataides did not pounce on the hurt Ali, deciding instead to stay patient and tactical. Ali got back on more solid footing eventually, but soon absorbed a few left hooks to the head as Ataides began to stalk him, leaning on his lead leg heavily, and walked the Egyptian back into the fence.

After a one-two punch combination from Ataides, he began to pick up the volume of his strikes. It was a pause, however, that set up a flying knee strike from the Brazilian to the head of Ali, who was backed against the cage.

The knee connected and immediately slumped Ali to the mat. The end came at 4:54 of the second round.

Ataides screamed in celebration before leaping onto the top of the cage, standing and raising his arms in victory. The win improves his record to 9-3. Ali’s defeat is his third straight, and drops his career mark to 10-11.