The Brazilian will get his wish on Friday, 30 July, when the two stars collide in a middleweight mixed martial arts clash at ONE: BATTLEGROUND, a closed-door event that’s airing live from the Singapore Indoor Stadium.

Although the Myanmar hero is no longer the division’s reigning king, he’s still a massive scalp for anybody, and victory for “Wolf” would ensure he earns the #1 contender spot.

“For me, this is super exciting. I was supposed to face him three years ago, and now this is the time to fight against him,” Ataides says.

“Even though it is not for the title, I’m excited to fight against him. He’s a great icon of his country and mixed martial arts. I have such respect for him.”

But after back-to-back losses against Reinier “The Dutch Knight” de Ridder, the Sanford MMA representative will walk to the Circle with no strap around his waist.

Despite his opponent’s rough patch, “Wolf” believes that Aung La N Sang has plenty more gas in the tank – and that he’ll be hungrier than ever to get his hand raised.

“Of course he’s angry that he’s not the champion and he doesn’t have the belt anymore,” Ataides says.

“He’s a good fighter, and he has a good background, too. I don’t think [this is a must-win fight for him].” 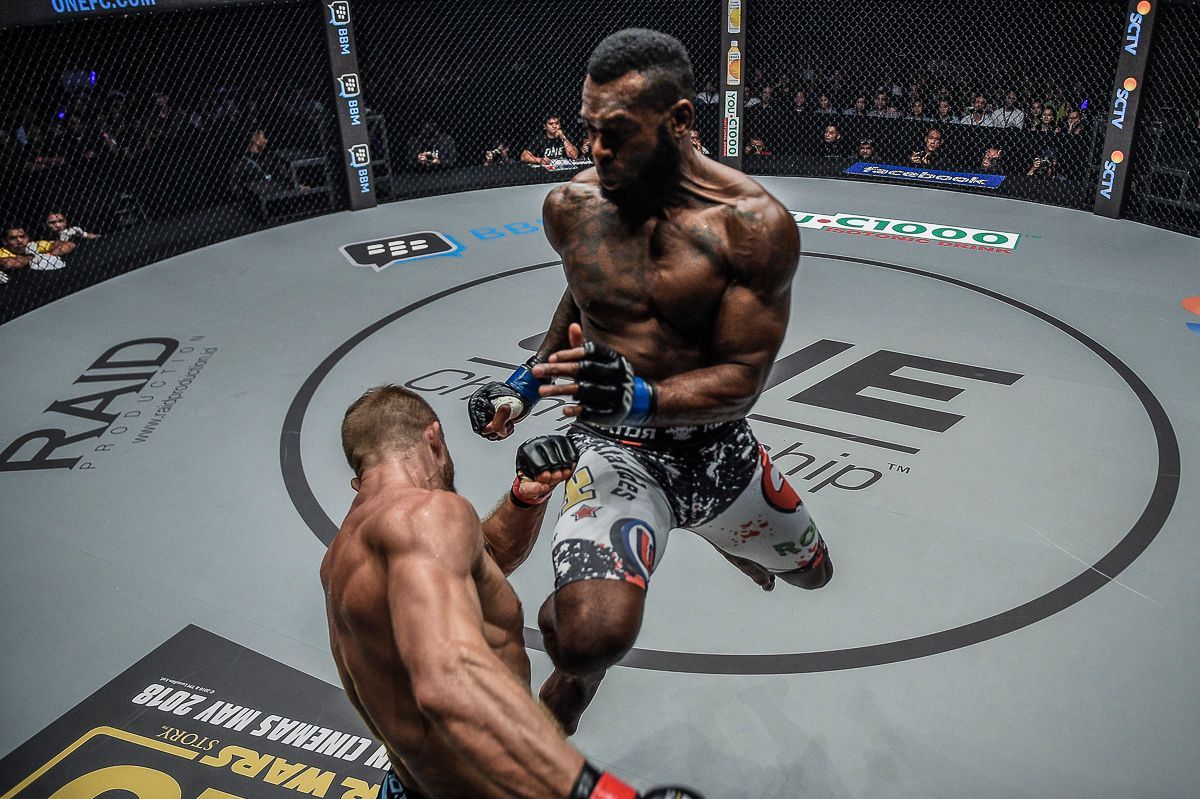 In terms of the stylistic matchup, Aung La N Sang can sling leather with anyone. But while Ataides is a Brazilian Jiu-Jitsu World Champion, he’d love to stand and trade with the Myanmar slugger.

It’s a skill that “Wolf” has already showcased on the global stage, where he’s become known as a dangerous knockout artist.

“He’s a super-strong striker. In the middleweight and light heavyweight division, he is the leader,” Ataides says of Aung La N Sang.

“I love to strike with someone, and I know he can come with a strike for me. I would like to put on a good show. He has good hands, strong punches, and I guess this is a nice chance to test myself to see how I am with my striking.”

Still, if the going gets tough, “Wolf” can always fall back on his grappling. De Ridder submitted Aung La N Sang quickly in their first contest and then dominated with a smothering top game in the rematch, so there are a few blueprints out there.

“I’m not saying I’m not good at striking — I am good — but for me, I have more chances than [Aung La N Sang] because if nothing is working, I can also go into the ground game,” Ataides adds.

“He just has the strikes and then his weakness is the ground game, so for me, it doesn’t matter if I tried to strike and then we had to go to the ground. This is my home.

“It takes years and years of practice for it to become muscle memory. I don’t think he’s going to fight with me in the ground game, but it’s a fight. Everything can happen. I’m ready for it.”

While “Wolf” believes he has more paths to victory, the biggest possible statement he could make would be scoring a knockout of the former ONE World Champion.

Since his own bout with De Ridder — a close decision loss — Ataides has trained with the Dutchman in the Netherlands, and he hopes to earn a rematch for the gold. 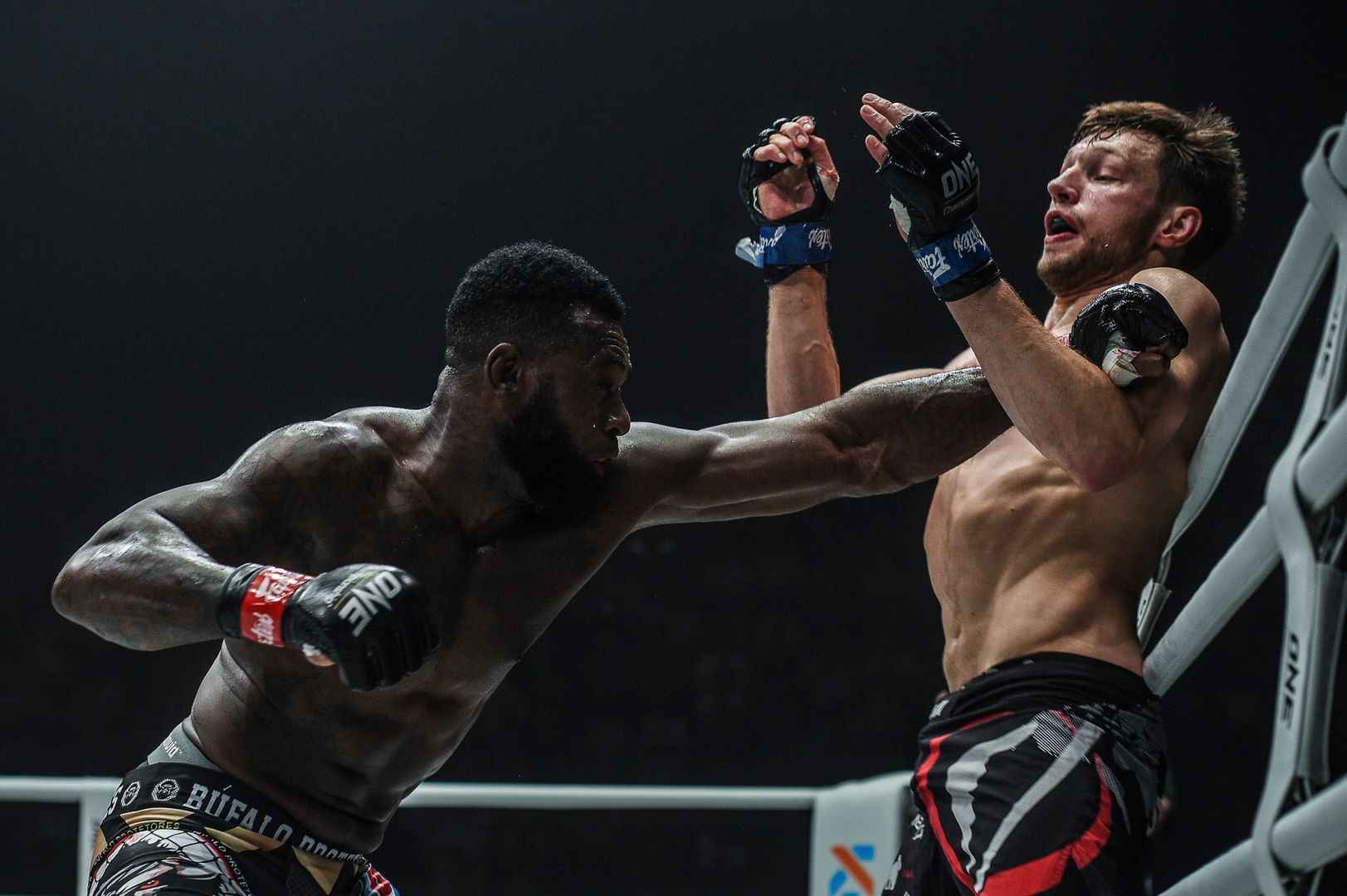 If he can finish Aung La N Sang in Singapore, “Wolf” knows that sought-after rematch would likely be the next assignment, and he wants to prove that he deserves it.

“I don’t think [training with De Ridder] is a problem because it’s a business. You have to do what you have to do. We work for ONE Championship and fight who they want you to fight,” Ataides says.

“[Aung La N Sang] has already been the champ, so now is my chance. Winning this battle against him means I can be #1 [contender]. This is more important for me because, for the first time, I can be the ONE Middleweight World Champion.

“I think I can win in the second round. This is my goal. I want to finish it. I know it’s going to be hard to strike with him — I never saw someone knock him out. Maybe this is my chance to knock him out.”