Kimihiro Eto redeemed himself and reminded the world why he was one of the most highly-touted athletes to come from ONE Warrior Series (OWS) with a stunning finish of Amir Khan at ONE: KING OF THE JUNGLE.

The Japanese athlete admitted nerves meant he was not at his best for his debut in The Home Of Martial Arts, but his sophomore appearance in Singapore on Friday, 28 February was a completely different story.

Though he was up against the most prolific knockout artist in ONE history, Eto went straight after Khan and submitted him inside two minutes.

His success started before the match even began when he made sure he improved on his last match by getting his mind right before he entered the Circle.

“Right before the match, I focused on believing in myself,” he says.

“I was aware of not getting over-excited and too tense for the match, so I kept myself calm going in. You can’t really learn that in the dojo. I have a lot of experience now, and I feel this time I got closer to my best mentality going into a match.”

Another thing that helped him to zone in was the lack of an audience. Eto thrived when he competed in the intimate environment of OWS, and he was grateful to be in the empty Singapore Indoor Stadium.

“I was able to concentrate. Last time, I was waiting and looking for a counter punch, so I didn’t press forward and [Dae Sung Park] took control,” says the 31-year-old.

“This time, I decided to be first and control the pace. I think I was able to show that, strongly.”

With more confidence in his skills and no fear of his opponent’s knockout abilities, Eto had no trouble imposing his game plan.

Though his first offense ended with him on his backside, he quickly recovered and within 15 seconds, he had already started to impose his physical strength in a grappling exchange. 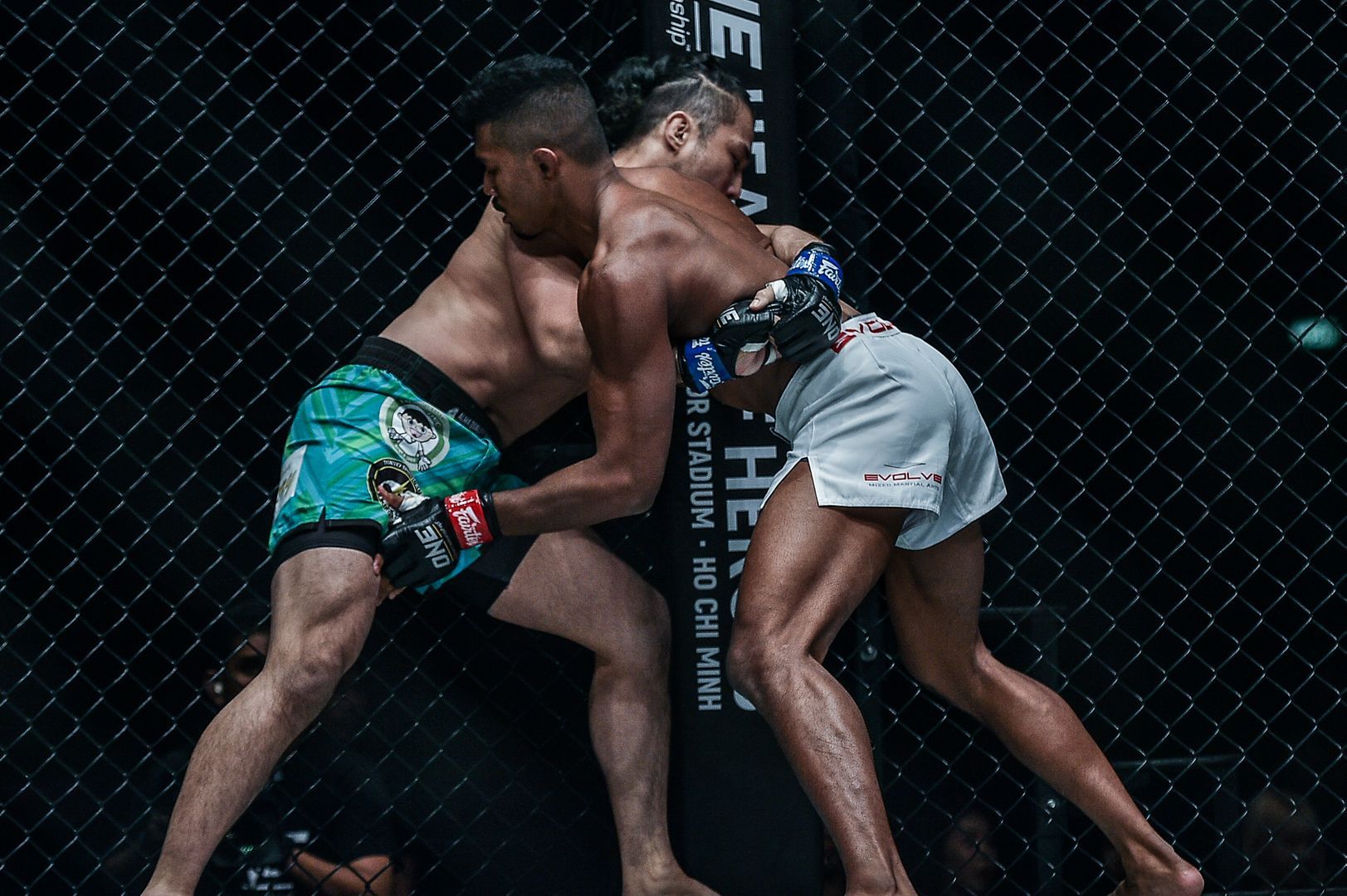 “I thought Amir would come out in a low stance – being cautious of my wrestling and tackles,” Eto explains.

“At first, I slipped throwing a high kick. I wanted to make him lean back. From long range, I used my jab, and looking at footage of his matches, he throws the hook in mid to close range, so I wanted to time my takedowns off that hook. I was able to do that.

“I felt good once I got closer – chest-to-chest with him. I said this before the match, but closing the distance and tying him up with my wrestling against the cage was key, and it went well. Doing that put things in my favor and I got the takedown.

“From there, I was cautious of his movements and got the timing looking for the back, and it went as planned. I feel I was able to implement my game plan well this time.”

Almost as soon as Eto took the Singaporean’s back, the bout was over. The Tokyo native wrapped up the rear-naked choke and the tap came after just a minute and 39 seconds.

That success means he is already looking forward to his next challenge and, now that he has found his feet on the global stage, it seems like he wants to embrace the roar of the crowd in a high-profile match-up. 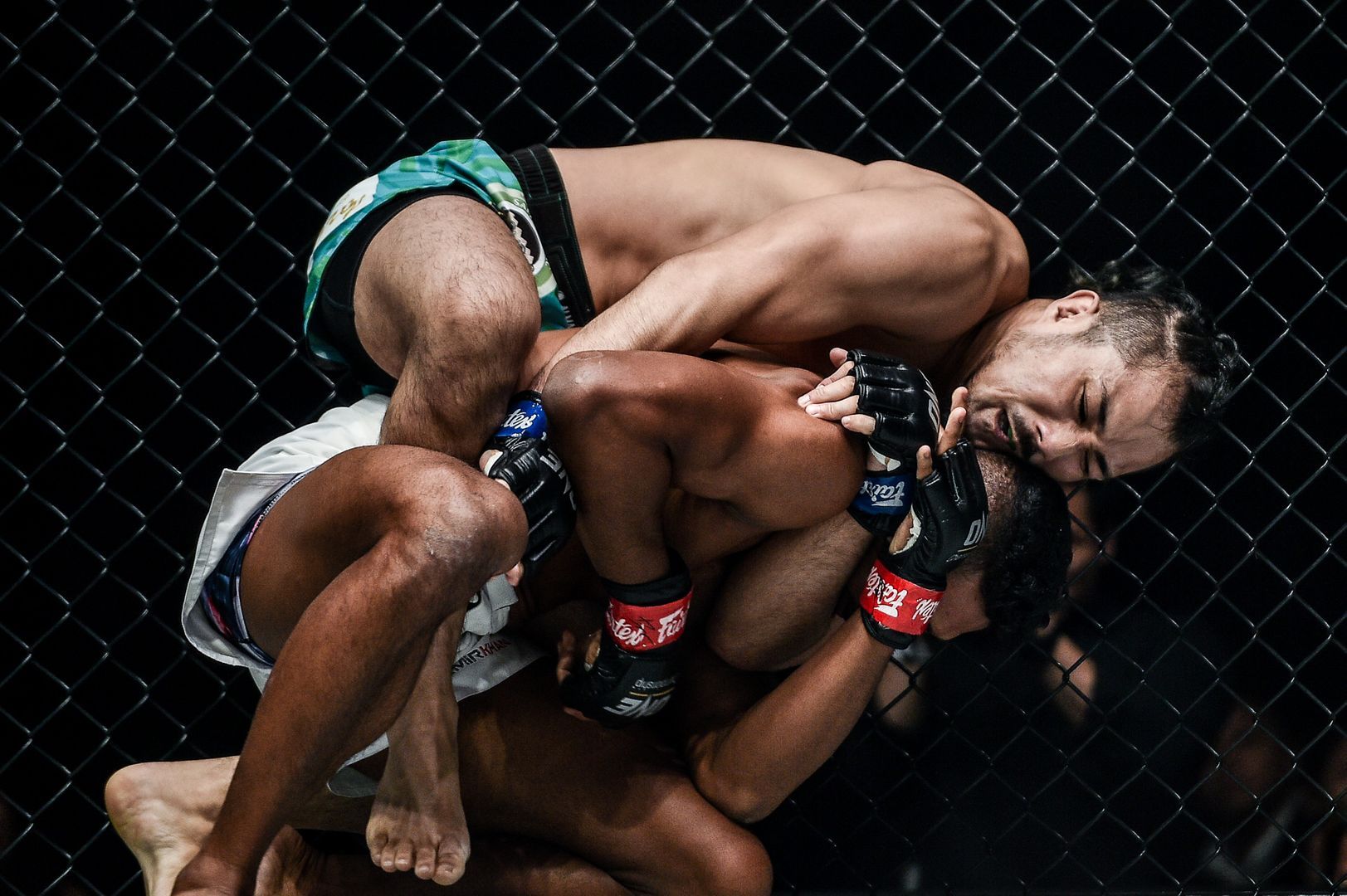 Though the Wajutsu Keishukai HEARTS representative does not want to get too far ahead of himself and call out the top names in his division, he is looking for a fun contest, and there is one man, in particular, that would tick all the right boxes.

“I want to fight someone with momentum. I’m not particular about any former champions or such – anyone in the upper part of the division with momentum that would get me closer to the belt would be great,” he says.

“[Eddie] Alvarez has a match coming up, but he’s a former World Champion, and honestly, I’d like to test myself against him. He’s a well-balanced fighter – striking and ground skills. Him or any of the top guys would make an interesting fight, I think.

“I have a lot of different finishes now. My specialty is grappling, but I want to show that’s not all I have. I want the fans to watch in excitement and wonder how I’m going to finish. I want to keep showing my aggressive style.”