Kenta Yamada is one of the most experienced Japanese athletes to enter the ONE Championship Circle, but he says he is better than ever to take on a dangerous opponent at ONE: DREAMS OF GOLD.

This Friday, 16 August, the 32-year-old will clash with “Elbow Zombie” Muangthai PK. Saenchaimuaythaigym in a ONE Super Series bantamweight bout in Bangkok, Thailand.

Yamada will make his third appearance on the global stage in the latest chapter of a career that has seen him compete in 88 contests across kickboxing, Muay Thai, and Shootboxing rules and win a large collection of titles.

Despite his seasoning, the man from Tokyo admits he is still getting exposed to new things, including competing in 4-ounce mixed martial arts gloves.

In his last match, Yamada adapted to his new tools, and showed his trademark toughness in the face of adversity to recover from a dangerous strike early on, and come back to defeat Deividas “The Lithuanian Savage” Danyla by decision after three thrilling rounds.

“The angles and openings are slightly different with them, but I don’t feel there’s any special difference. They are really small though!” he jokes.

“Actually, in the last fight, I took an uppercut in the first round, and don’t remember anything after it!”

As well as the heart he showed in that contest in April, Yamada showed the fans around the world the skill that made him a WBC Muay Thai Japan Champion, two-division NJKF Champion, and Krush Kickboxing Champion.

He controlled the pace of the match masterfully in rounds two and three – using forward pressure and by countering expertly off the back foot – to get the edge against a dangerous opponent. 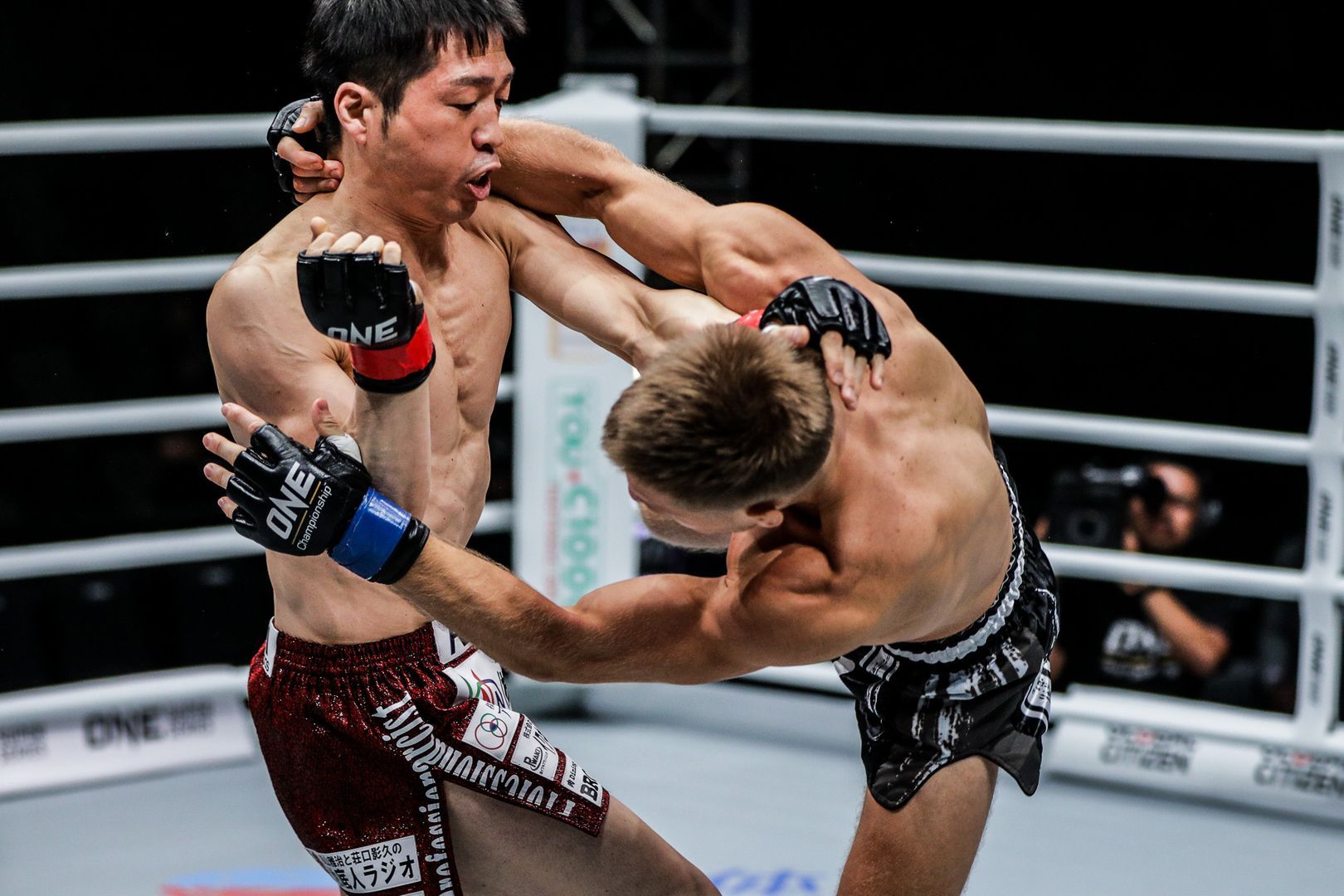 He credits some of his success to his constant evolution as an athlete, which is aided through teaching kickboxing at his home gym, REON Fighting Sports Gym in Tokyo.

“Since I started teaching, I’ve become a much smarter fighter,” he says.

“I’ve noticed input versus output more. When you teach someone, you understand a lot more. As you teach, you learn. Things become really clear.”

He will have to employ his old, battle-tested skills and newfound ones alike at Bangkok’s Impact Arena when he faces a multiple-time Muay Thai World Champion.

Muangthai boasts an incredible record of 198-41-4, and is renowned for his dangerous clinch and bout-ending elbow attacks.

The man from Bangkok showed his power was too much for a technician in the form of two-time World Champion Panicos Yusuf in his ONE debut, so Yamada is clear about what his strategy must be. 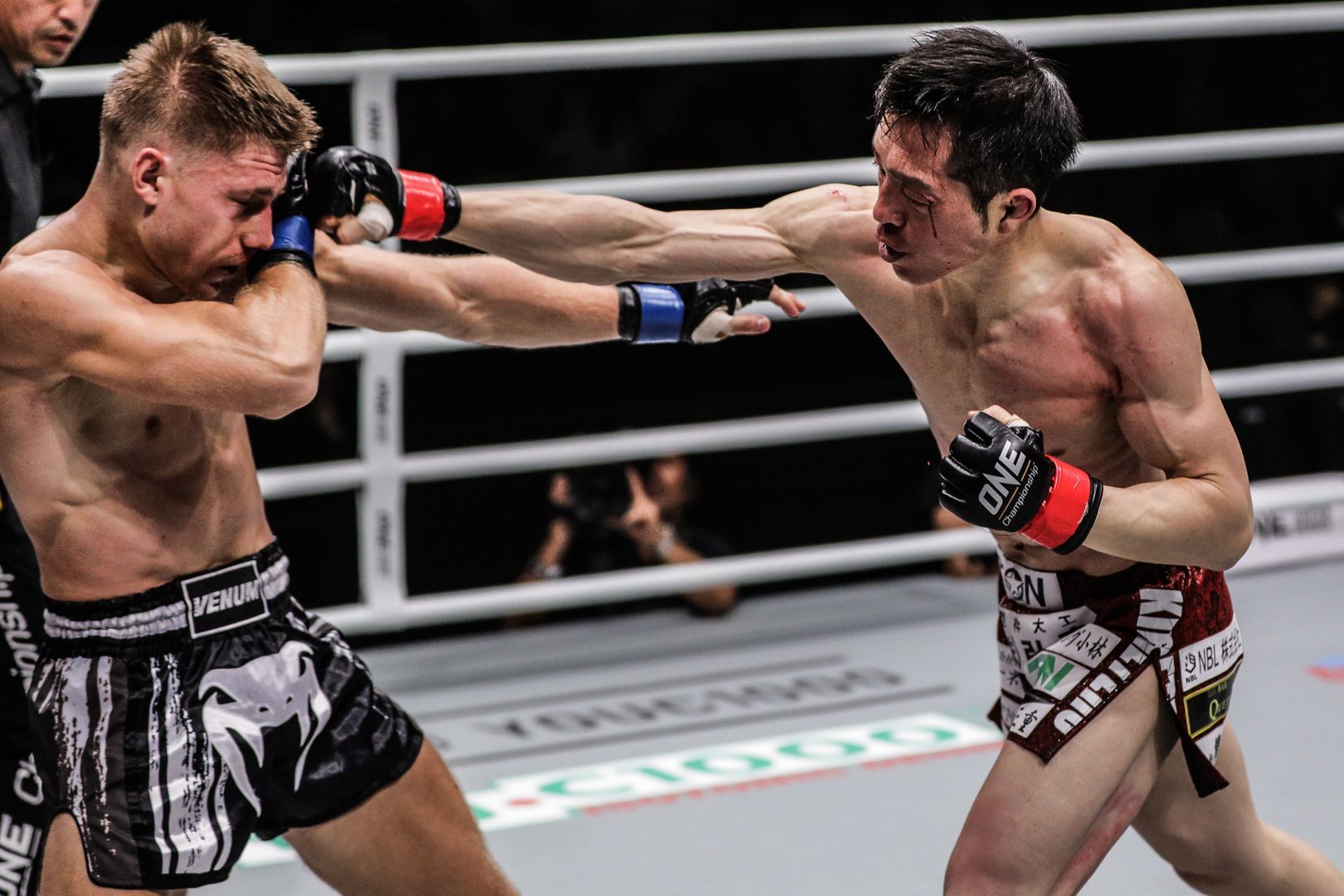 “He’s a very strong opponent. I have to go in like fireworks,” he explains.

“He’s probably going to come in and clinch up, get neck control, good positioning, and look for elbows. He has a classic Muay Thai guard and is relentless with his tie-ups from it,”

“But, because he’s fought mostly Thais, I don’t think he has faced anyone with my style until now. I think that I’ll find an opening for my hands if I attack without worrying about his guard and elbow distance.

“Elbows are all about close distance, so I can’t let him in. I don’t think he reads punches so well, [so] that’ll be my window of opportunity.”

Yamada will walk into the lion’s den this Friday as he takes on the “Elbow Zombie” in his hometown, but he is confident he can shock the audience and earn their appreciation with a memorable performance. 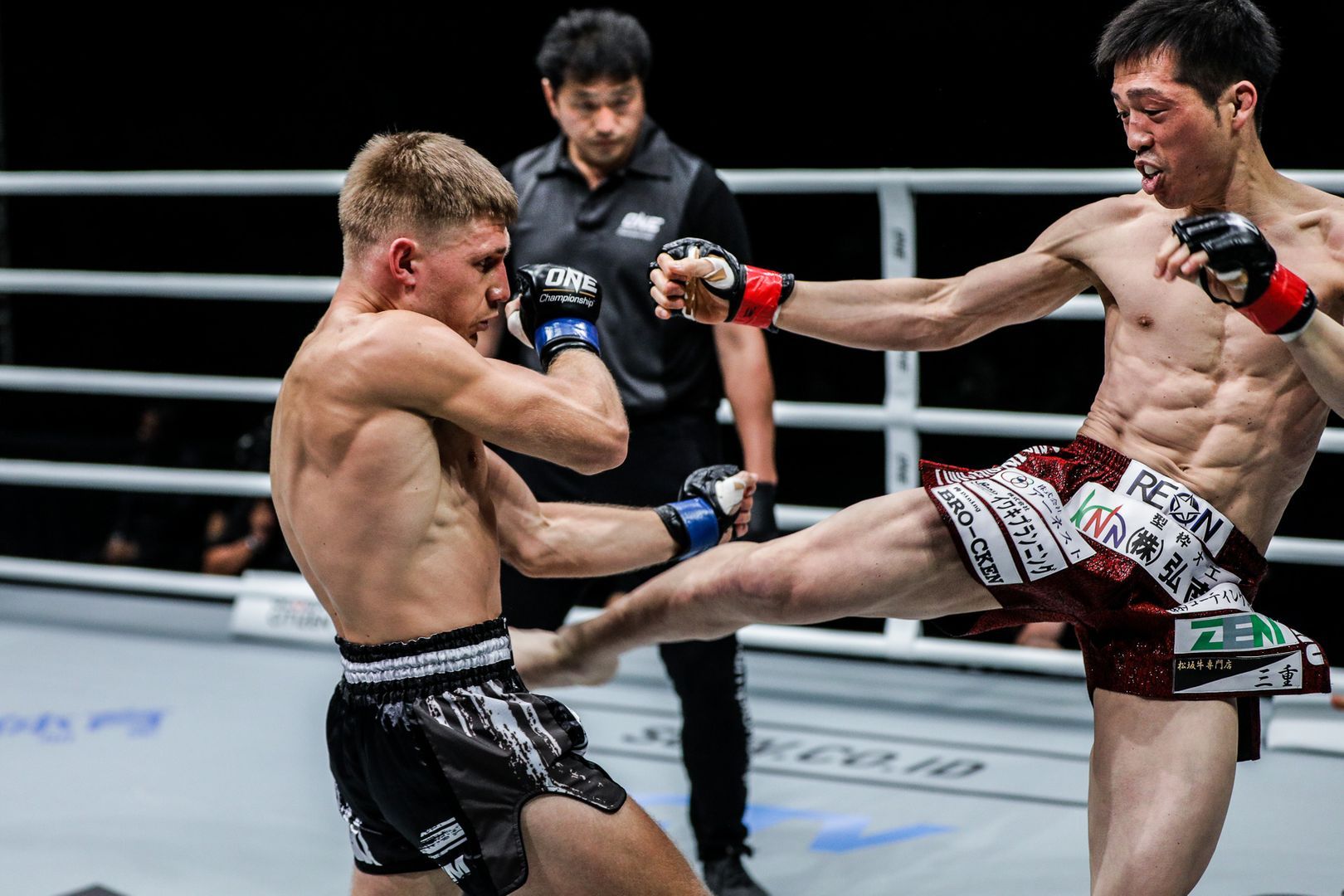 If he can do that, he believes he will prove he and his compatriots are just as effective in “the art of eight limbs” as ONE’s Thai superstars.

“Muangthai is a top-level Muay Thai World Champion with great skills, but I want to surprise everyone with the win to show them just how strong Japanese fighters are,” he says.

“I want to show the fans my fighting spirit, my technique. A knock out would be good – a clean KO! The sooner the better, right?”