It is common for professional fighters to eventually transition into MMA after having competed in different martial arts. But for Kelvin “Ice Man” Ong, who makes his promotional debut at ONE: WARRIOR KINGDOM next Saturday Night, 11 March, fighting was first.

“MMA is my first sport,” the 29-year-old Kota Kinabalu, Malaysia native enthuses. Ong had long admired the martial arts from afar, but never actually trained until three years ago when he was introduced to ONE athlete AJ “Pyro” Lias Mansor’s gym, Borneo Tribal Squad.

“I have always loved martial arts — which boy doesn’t? I just never tried it when I was younger,” he says.“I only started training martial arts three years ago. I am very active and love the gym, so a friend suggested I try training at Borneo Tribal Squad MMA.

“I love the training, competitions, the team, and family atmosphere,” said Ong. “Coach AJ ‘Pyro’ really pushes us to challenge ourselves. He saw opportunities — first with amateur K1 and Muay Thai, and encouraged me to compete.”

That encouragement and early success at the amateur level soon led Pyro to direct his disciple towards professional MMA competition. The rookie dove right in for his first professional contest last July, where he finished Jesdan dela Pena in the second round via TKO due to strikes.

Although “Ice Man” calls the win satisfying, he says it spurred him to work even harder. Ong is proud of his young, but already quite successful Borneo Tribal Squad MMA team, which includes training partners such as fellow ONE Championship athletes Ann Osman, Hisyam Samsudin, and Audreylaura Boniface, the latter of whom also makes her promotional debut at ONE: WARRIOR KINGDOM.

“We are a small but strong and diverse team,” Ong proudly declares. “We push each other to always improve. We are also lucky as Borneo Tribal Squad has some great visiting coaches and fighters.

We get the opportunity to train with people such as BJJ Master Carlson Gracie Jr., Clark Gracie, fellow ONE fighters Adam Kayoom and Mark Striegl, as well as Muay Thai champion Hakebar Hanfi.”

Now, Ong plans to build upon his momentum and the overwhelming positivity surrounding him when he squares off against Sagetdao Petpayathai at the Impact Arena in Bangkok, Thailand.

Petpayathai will be making his MMA debut, and despite not having any cage experience, he is a combat sports veteran who will have the hometown crowd firmly behind him.

In fact, Petpayathai made a name for himself in Bangkok’s Muay Thai scene, where he became a four-time Lumpinee Stadium Champion, a Rajadamnern Stadium Champion, and a WBC Super Lightweight World Champion, amongst other such accolades. An expert in the striking department, the 30-year-old Thai has spent the past two years rounding out his game at Singapore-based Evolve MMA. 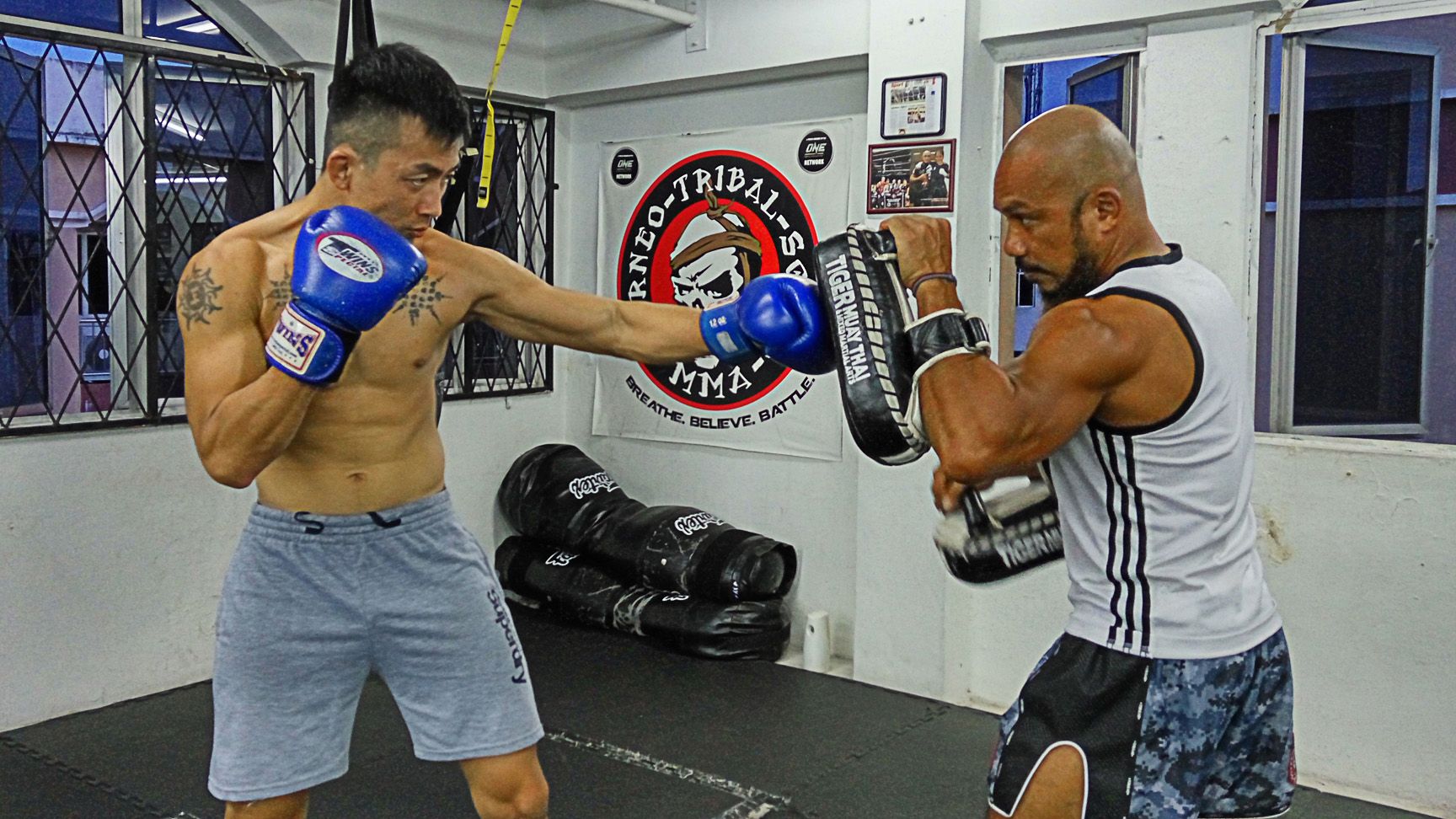 Though Ong holds his rival in high regards, he is not intimidated by Petpayathai’s skills. In fact, he welcomes it.

“I know he is a World Muay Thai World Champion who is training at Evolve, so I have my work cut out for me,” the Malaysian acknowledges. “It will be a challenging fight, but that is why I train — for the challenge!”

Similarly, Ong is not putting additional pressure on himself or his overall MMA career. Ong, who splits his time between training and co-running the family’s hawker stall with his mother in Kota Kinabalu’s LIDO market, is in the sport for the love of it, and growth as a martial artist. That’s why he only sleeps four hours a day, waking up at 2am every morning to prepare food for the stall before training the rest of the day.

“My goals are more personal,” he explains. “They are about challenging myself, pushing myself out of my comfort zone, being disciplined, always learning, and helping the team.

“I am not chasing fame. I love the journey of growing and developing. I want to train and compete — it’s as simple as that.”