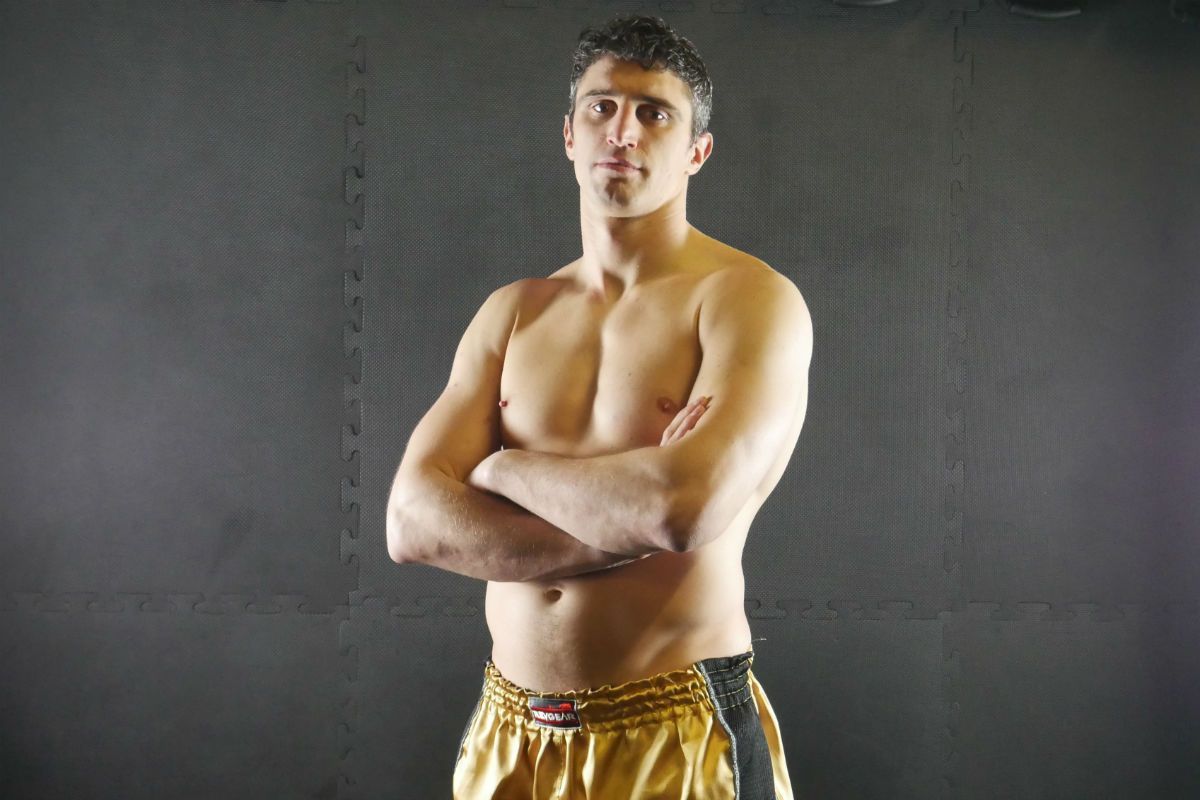 Juan Cervantes is ONE Championship’s latest import from the United Kingdom renowned for his all-action bouts.

Athletes like Jonathan “The General” Haggerty and Liam “The Hitman” Harrison have delivered nothing but high-octane thrills to ONE Super Series, and their compatriot expects to do the same when he debuts next Friday, 6 September against Santino Verbeek at ONE: IMMORTAL TRIUMPH.

The 32-year-old welterweight is a WTKA Muay Thai World Champion, but he is equally comfortable competing under kickboxing rules, which will be in play against his Dutch rival in Ho Chi Minh City, Vietnam.

Whatever the sport, Newcastle’s Cervantes is known for the spectacular finishing ability – with head kicks, body blows, flying knees, and one-punch KOs – that has made him the undisputed number one in his weight class on the British scene and one of the leading names at the international level.

Now, as he targets the most prestigious prize in martial arts on the global stage, the man from Northern Kings gym explains how he plans to make a dramatic first impression in ONE at the Phu Tho Indoor Stadium.

ONE Championship: How does it feel to be preparing to make your debut in The Home Of Martial Arts?

Juan Cervantes: It’s insane really. I’ve been following ONE Championship for the past year or 18 months because it’s just become the biggest show in the world for Muay Thai and kickboxing.

I’ve been watching it ardently, but I was aware there wasn’t anyone in my weight category. I knew my manager was talking to them, so I was hoping, but I didn’t expect anything to happen this soon. It’s amazing.

It’s been 10 years of hard work in the making. I can’t believe it. I’m lucky to get this opportunity, but hopefully, I’ll show that I deserve it.

ONE: Why should fans be excited that you have been added to the ONE Super Series roster?

JC: My conditioning is always second-to-none, so I can set a fast pace over five rounds, let alone three.

I like to fight, and I like to knock people out – I’m famous for knocking people out with jumping knees. Generally, I’m just gritty and I just like to have a proper fight, not to dance around and tippy-tap.

I think our weight category is good because we’re explosive, fast, and technical. When people get a bit bigger they don’t have the same explosiveness and conditioning, but here, it can be all action.

ONE: What do you make of your opponent?

JC: I’ve been watching him, and he’s strong – what you’d expect from a Dutch fighter.

In every fight, he looks the same, so I kind of know what to expect, but he’s relentless. I’ve seen fights where he looks like he gasses, but when he’s on form, he looks well-conditioned and sets a really good pace. He’s always going forward and he likes to question people.

If the best version of him comes, it’ll be a really entertaining fight. It’ll be relentless on both sides.

ONE: How will you counter his aggression?

JC: I’ve got a few things I’m working on. I think I’m good at angles, but I think one of my biggest strengths is that I’m quite adaptable.

I’ll go out there, feel his power, see what he’s like, and then I might just stand in front of him and just trade – or I might not. I can adapt well in the moment, and I think that’s my main advantage over him.

I’ve got more options than him. He seems quite one-dimensional, and I don’t think I am.

ONE: Do you have a prediction for how the match will end?

JC: I’ll win! I’d like to knock him out, but he looks tough, so it’s not going to be easy to stop him, so I’ll either win on points or by stoppage.

It’s always the same – I’m never certain I’ll get the stoppage, because you can’t be, but I will win.

ONE: Is there anything you want to prove to martial arts fans who will see you on the global stage for the first time?

JC: I just want to prove that I belong at the top level – that I’m not at the world level by accident – but I don’t want to put too much pressure on myself.

It’s not really about other people, it’s about me. It’s about going out there, putting on a performance, and winning. If I do that, I will prove that I belong there.