After closing his 2019 ONE Super Series campaign with a famous win, Mohammed “Jordan Boy” Bin Mahmoud has the chance to make Malaysian Muay Thai history in the biggest test of his career at ONE: A NEW TOMORROW.

This Friday, 10 January the 23-year-old will face a living legend of his sport, eight-time Muay Thai World Champion Liam “Hitman” Harrison, in a bantamweight battle.

The man from Kuala Lumpur admits he had to pause for thought when he was offered the bout in Bangkok, Thailand, because the Englishman is one of his idols, as well as one of the greatest competitors in “the art of eight limbs” to emerge from outside Thailand. 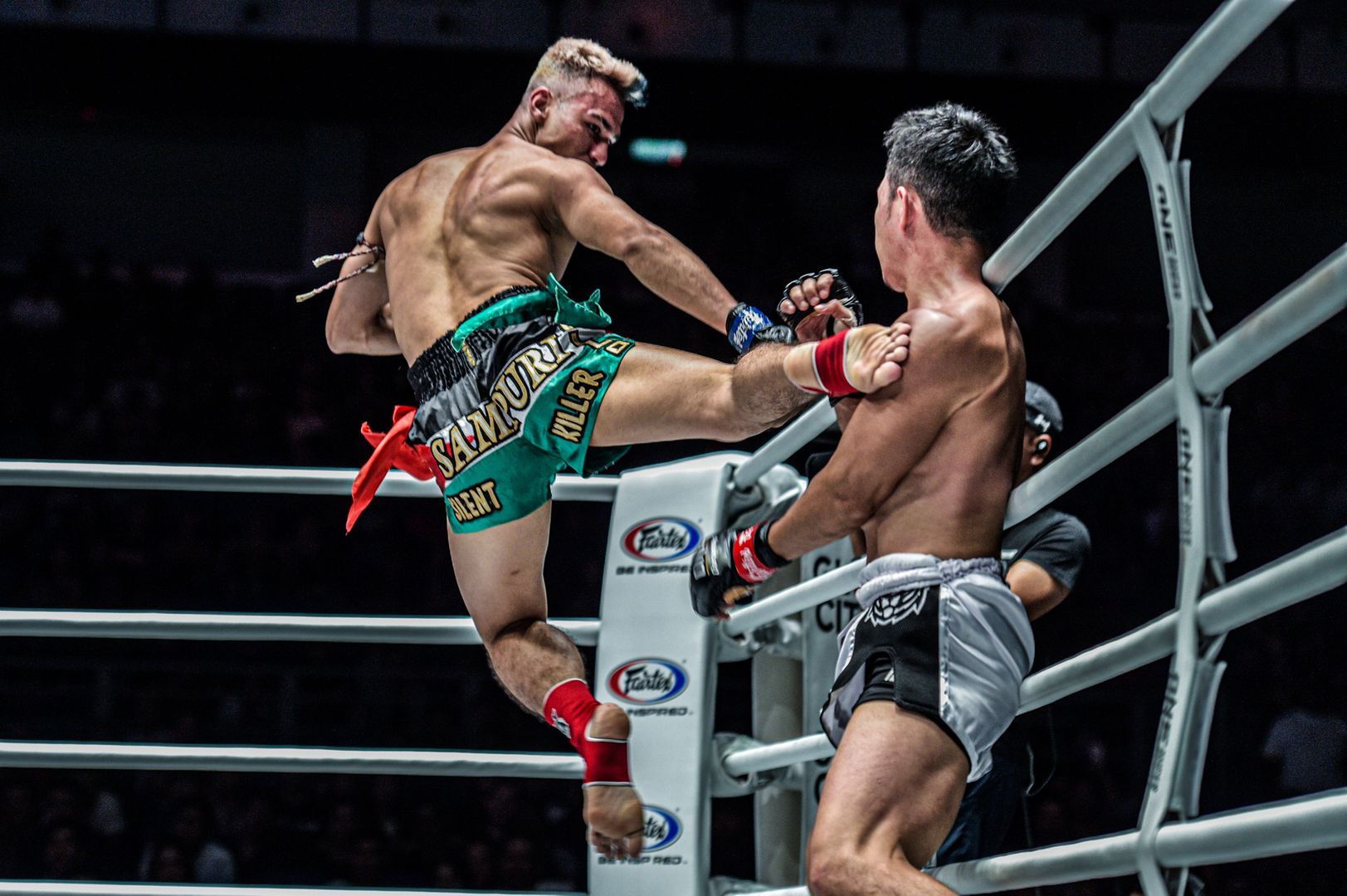 “I received this offer a week before the Southeast Asian Games, and I thought real hard about it before penning the deal,” Mohammed explains.

“This guy is a Muay Thai legend. Even some of the techniques I execute are based on his videos on Facebook and Instagram, so I had to question how I would fare against a legend like him.”

However, his uncertainty did not last long as the Sampuri Muay Thai Gym representative saw the opportunity as validation of his potential by ONE’s matchmakers and a chance to show he can compete with the world’s top athletes.

“They want me to take on the best, and this shows that I should have a bit more faith in myself too,” he adds.

“Jordan Boy” performs at his best when he is full of confidence, and his mindset could not be better after the biggest win of his career in his last bout on the global stage.

At home in Kuala Lumpur at ONE: MASTERS OF DESTINY, he defeated Saiful “The Vampire” Merican in Malaysia’s biggest ever Muay Thai contest.

Though he was facing his role model who was older and more experienced at the highest level, Mohammed rose to the occasion to claim a unanimous decision. That lit a new fire in his heart, which is still burning as he heads into his 2020 campaign.

“That win was special to me. It came against a local legend, and to end my losing streak against such a good opponent made it more special,” he says.

Though he admits the odds are stacked against him, he is sure he can go toe-to-toe with Harrison, spring a surprise, and pull off a historic result that will inspire the Malaysian Muay Thai community.

The Kedah native has studied his upcoming opponent for years, and he has prepared a strategy that he believes will give him the chance to leave the Impact Arena with his hand raised. “Liam’s strengths are in his low kicks and boxing. He is a very technical fighter, who loves to put intense pressure on you the moment the bell rings,” Mohammed shares.

“The only way to succeed against a striker like him is to put pressure on him and strike with pace. I must be as aggressive as him, too. I watched his loss against Petchmorakot, and I’m drawing some inspiration from there.

“That does not mean I’m underestimating him, because everyone who watches Muay Thai knows just how good he is.”

Read more: How Stamp And Rodtang Began Their Romance