After nearly two years on the sidelines, Saiful “The Vampire” Merican made his return to action at ONE: MASTERS OF DESTINY in his native Kuala Lumpur, Malaysia on Friday, 12 July.

However, the veteran’s return did not go according to plan.

Mohammed, who represents Sampuri Muay Thai Gym Ampang, got the action underway with a left roundhouse kick at the Axiata Arena, but it was Merican’s well-timed side kick that made the first big impression.

The 23-year-old replied with a stepping left knee to the midsection followed by a sharp right elbow, which landed at the side of his rival’s head.

Although “The Vampire” absorbed some shots, he would retaliate with some firepower of his own.

Merican used his hands to great effect and flurried on his rangier countryman whenever he tried to step on the inside. But Mohammed’s Muay Thai arsenal looked more complete, as he utilized punches, kicks, knees, elbows, and sweeps. 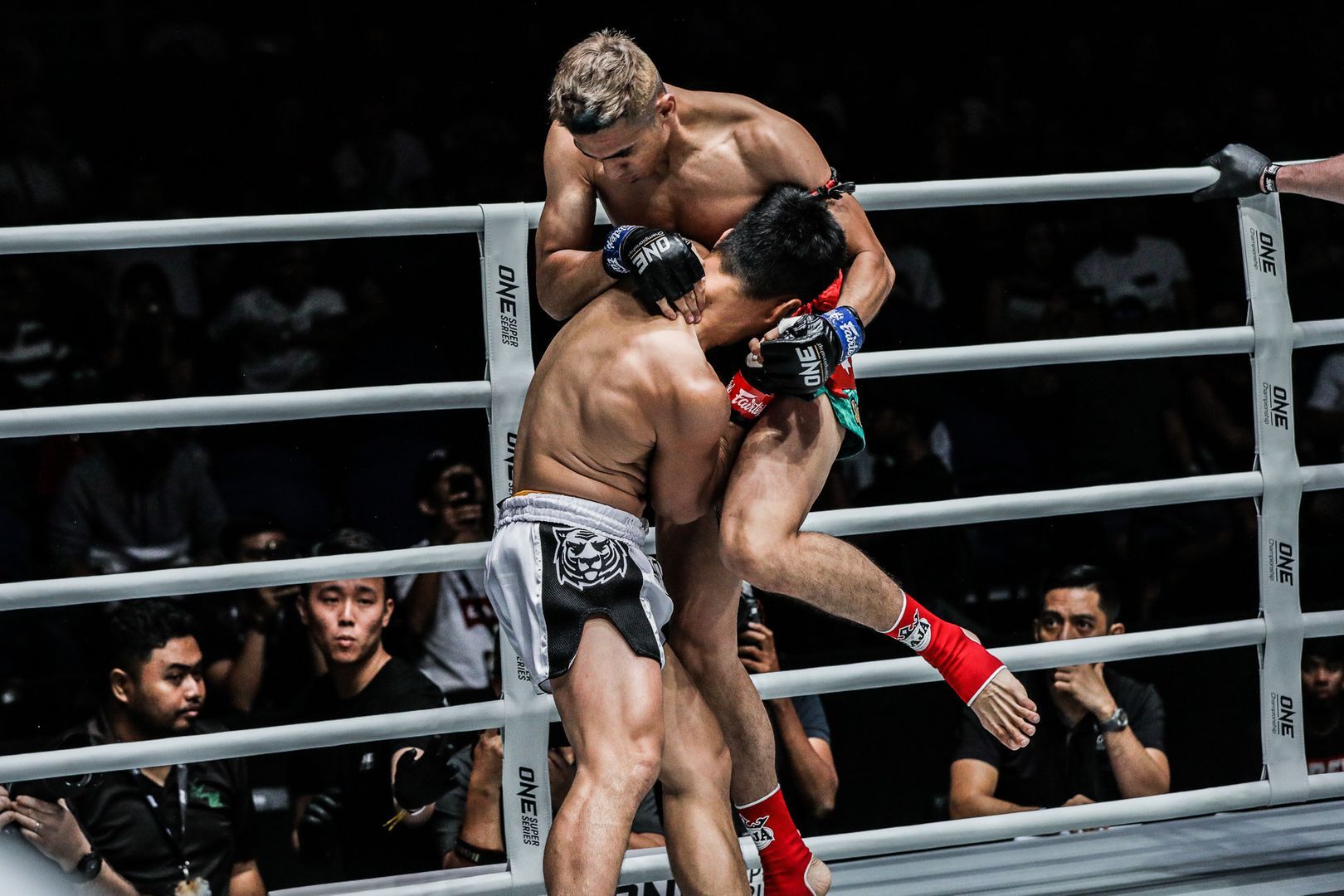 Round two started at a blistering pace. “Jordan Boy” landed a hard left kick to the body, and then he sent his opponent down to the canvas with a swinging right hand.

Merican quickly returned to his feet to beat the count, and then he charged at his opponent with an elbow, which dropped him in reply. However, it was deemed a slip by the referee.

“The Vampire” again looked to land with his boxing, and a big overhand right found the mark. Mohammed struck back with elbows and knees and a slick trip to the canvas.

Merican seemed increasingly desperate with his punches and gave up his back, which led to a downward elbow to the back of the head from “Jordan Boy” and a yellow card for the infraction. The 30-year-old took the injury time and returned, but he had it all to do in round three. “Jordan Boy” was still sharp and fresh, while his compatriot had lost some speed.

His route in was to dip his head and charge with punches, but this led him into Mohammed’s clinch, where he was repeatedly kneed.

“Jordan Boy” chased his countryman down for the remainder of the round in an effort to land his wide array of strikes, but “The Vampire” survived until the end of the battle despite the relentless offensive attack. In the end, it was a clear call for the judges, who gave Mohammed his second ONE Super Series win. The victory pushed his record to 32-5.