Jeff Chan showed that the mixed martial arts advice he teaches on MMAShredded is tailor-made for the global stage as he ended an impressive ONE Championship debut with a submission of Radeem Rahman.

At ONE: KING OF THE JUNGLE on Friday, 28 February, the Canadian social media sensation looked dangerous on his feet and then took control on the ground to make the Singaporean veteran tap to a rear-naked choke in the second round.

Though his opponent made it difficult to stand and bang as he had planned, Chan showed his all-around skill set to turn the tables and become the latest exciting addition to The Home Of Martial Arts’ bantamweight division.

Following his impressive introduction to his career in the Circle, the 28-year-old from the Tristar gym in Montreal reveals how he hit top form on event day, how he scored his stoppage win, and the reaction he received from his hundreds of thousands of followers.

ONE Championship: How did you adjust after traveling from Canada to compete in Singapore?

Jeff Chan: It was actually a lot harder than I thought, but it was a good thing I came a week earlier.

My coach recommended that I go at least two weeks before fight day. At first, I was not going to listen, but I’m glad I did. The first week was hard because I was dieting – I was underweight but dieting – and jet-lagged. I tried to stay up until two in the morning every night to get rid of the jet lag.

From 7pm to 2am was the longest wait because I was super hungry. When you’re super hungry and dieting you just want to sleep, and I was jet-lagged. But by Monday of fight week, I felt great. So it was definitely worth coming a week earlier.

ONE: You said competing without an audience may be an advantage for your debut, but did it work out that way?

JC: It did take the pressure off. I was not nervous one bit. Leading up to the fight I was super nervous, but as they called my name and I stepped into the ring I was super calm.

ONE: What did you see from your opponent early on and what adjustments did you make to your game plan?

JC: It doesn’t matter whether my opponent was Radeem or anyone else, I would assume my opponent expects low kicks from me, so I started off with a high kick. I clipped him with my toes.

His game plan was to take me down – to catch my low kick and take me down. I still instinctually throw low kicks, but I knew he was going to go for the takedown, so I was able to sprawl as soon as I threw that low kick and that’s exactly what I predicted.

My research told me he was a striking specialist so I was hoping he would also want to keep it standing, but it turns out he just went for the takedown over and over again. I was very comfortable on the ground as well, and finished on the ground. 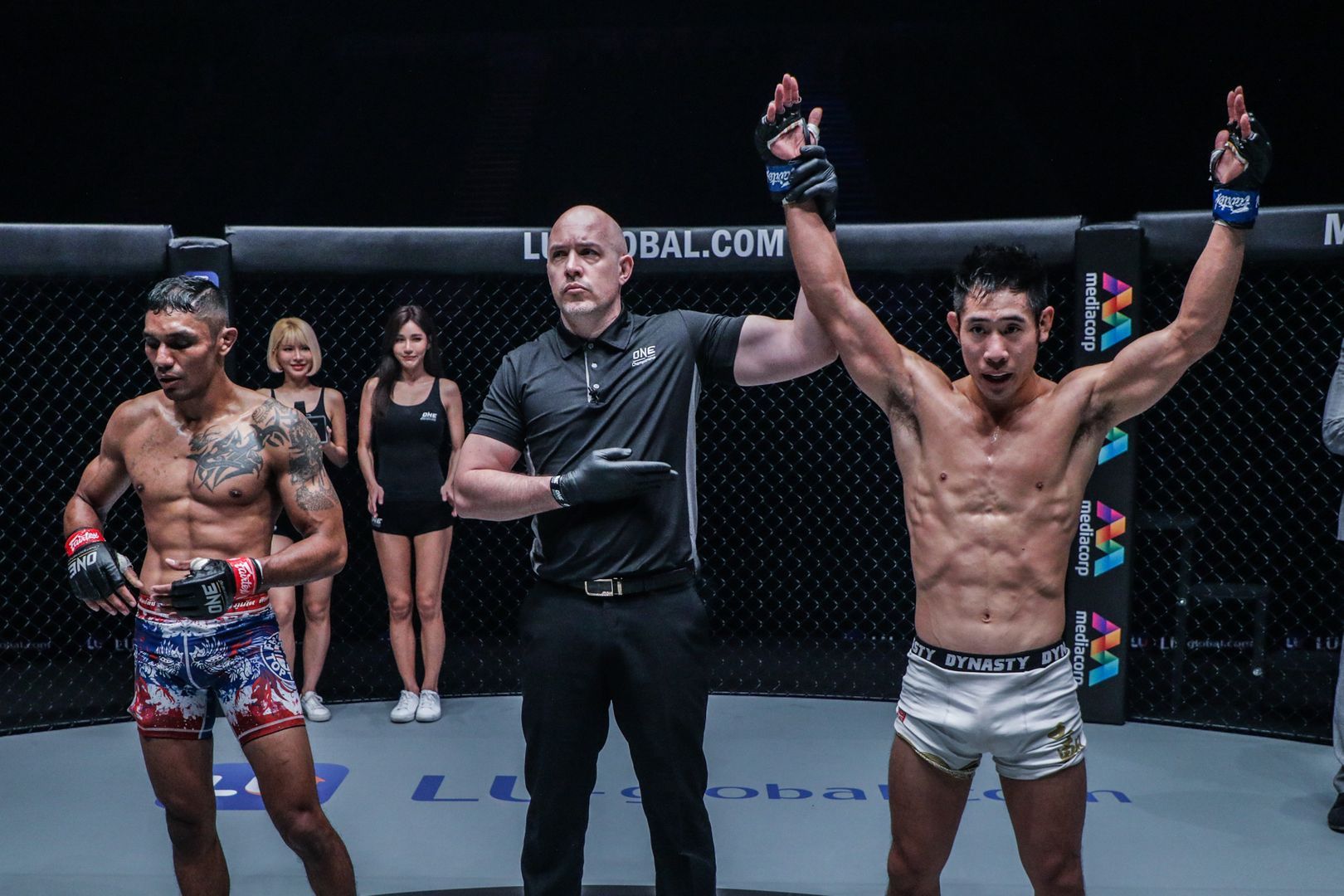 ONE: What do you want next in ONE Championship?

JC: I feel like I’m not like other fighters. All the other fighters think about is the title or next big fight. I just train because I want to keep getting better for myself, and I fight for my following.

I want to challenge myself. I have no title in mind, I have no opponent in mind, I’m just playing it by ear. I’ll wait until ONE Championship offers me the next fight.

ONE: What was the response to the performance from your social media following?

I just wanted to say I’m very thankful for Chatri (Sityodtong, ONE Chairman and CEO) and ONE Championship. The whole event was super smooth, very organized, very professional. I really enjoyed my time here. It’s definitely an experience I want to do again. Just because I’m not here saying, ‘Oh, I want a title fight,’ doesn’t mean I didn’t enjoy my experience. I truly enjoyed it.

Read more: Heroes Of ONE: KING OF THE JUNGLE Show Respect On Social Media